While butternut and spaghetti squash may share a produce bin at your local supermarket, they couldn’t be more different from each other. Learn which is which so you don’t take home the wrong gourd.

Butternut squash and spaghetti squash are both seasonal gourds with big followings. If you try to use them for the same things, you’ll run into trouble. Let’s learn the differences between them, and when it’s best to use each one.

What’s the Difference Between Butternut Squash and Spaghetti Squash?

Butternut squash is prized for its sweet, nutty flavor and creamy smooth texture. Break open its beige shell and behold its smooth, titian flesh with neatly clumped seeds in the center. It’s classic bell-shape and smooth rind make it an easy squash to pick out of a crowd.

Meanwhile, spaghetti squash is renowned for its pasta mimicking abilities. Its insides come apart in strings and strands similar in size and texture to vermicelli or angel hair pasta. It’s typically pale yellow inside and out. And, its flavor is far milder than butternut squash. This squash’s sleek oblong shape and golden, melon-like hue tends to stand in sharp contrast to the knobbier, more colorful winter squashes.

As you can see, while these two winter squashes both have their iconic tough outer shells, the similarities really end there. When and how you use them will vary greatly, and you should not attempt to substitute one for the other. So, let’s take a look at the best applications for each.

How to Cook with Butternut Squash

Butternut squash is best when roasted, steamed, or pureed. Its smooth texture lends itself well to things like ravioli fillings, soups, and sauces.

RELATEDHow To Cook a Whole Squash the Easy Way

However, it does have a distinct flavor, so whatever it’s used in will take on the rich nuttiness it’s named for. Luckily, its flavor profile pairs remarkably well with other fall favorites like cinnamon and maple. In more savory meals, sage is a perfect partner. We recommend trying a butternut ravioli with browned butter and pan-fried sage for the epitome of a butternut-based meal.

You'll want a strong set of knives to cut through your squash.

How to Cook with Spaghetti Squash

Spaghetti squash is best used as a low-carb pasta substitute. Its bright strands of flesh are very mild in flavor, making it extremely versatile. It’s often prepared by roasting or microwaving and is used as a white-carb substitute in everything from Pad Thai to Pasta Carbonara.

You would be hard-pressed to puree a spaghetti squash into soup, but it can act as the noodles in your next batch of Pho. It also does well when pressed into low-carb versions of pizza crust or “bread” sticks.

Both butternut and spaghetti squashes should be in your cooking repertoire, but don’t try to use one for another. They may both be labeled gourds of winter, but they have more differences than similarities. So, enjoy them both for what they are, but be sure not to get them confused. They may share real estate at your grocery store, but they can’t share the same recipes. 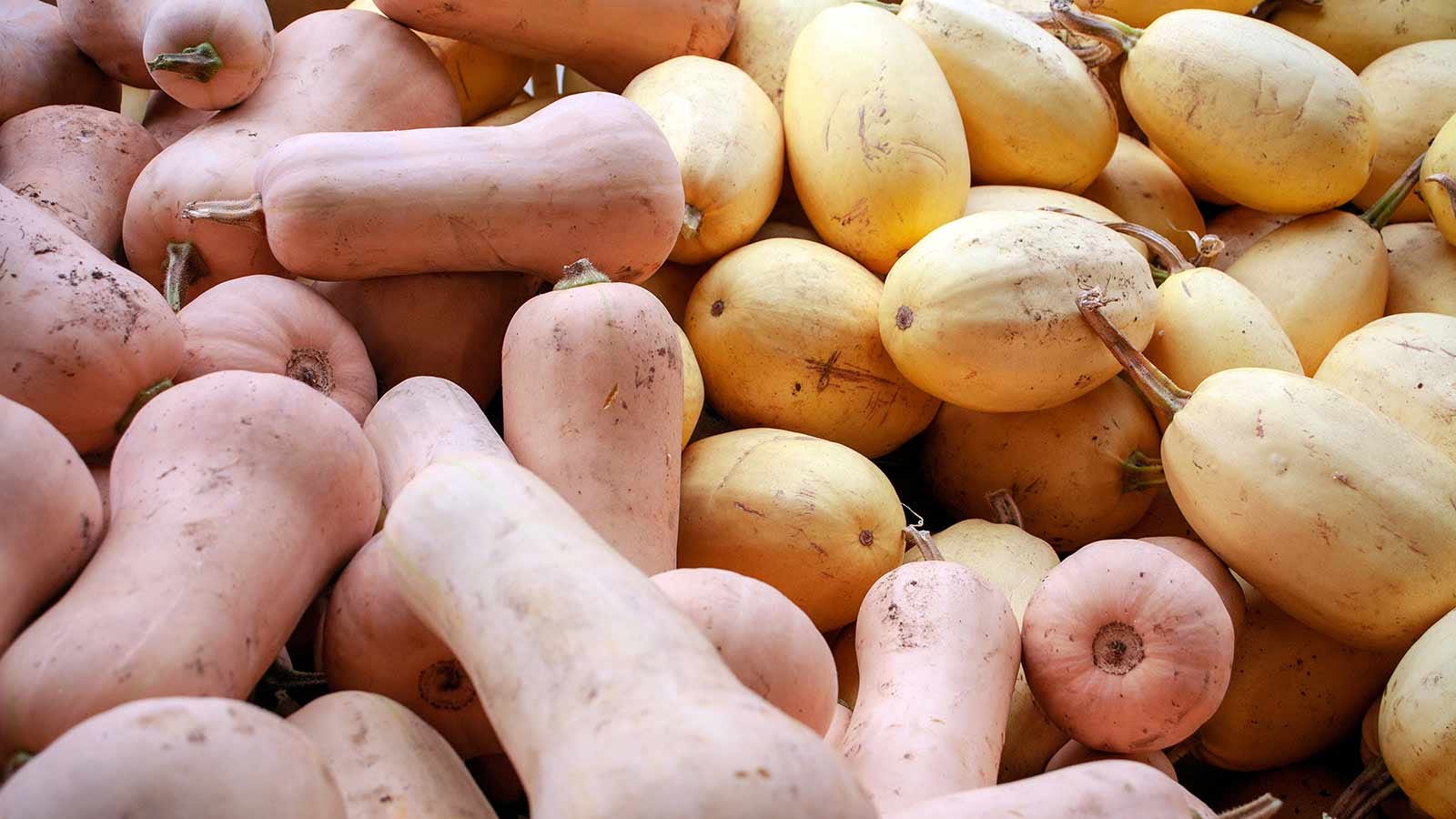