No one wants to grab a handful of popcorn from the bowl only to come up with unpopped kernels in their hand. You certainly don’t want to accidentally crunch into one. Turns out, there’s a clever hack to get rid of them.

TikTok user @SidneyRaz uses his TikTok to post videos on things he wishes he’d known before turning 30. One of his latest focuses on getting rid of unpopped kernels from a bag of microwave popcorn, and you don’t need anything other than the bag itself to use this trick.

Give your popcorn some flavor with these seasonings.

In his video, Sidney begins by explaining that you’re supposed to shake the unpopped kernels out of the bag. He heads to his microwave and cooks a batch. When it’s done, he brings it back over to the camera and shows a small, slightly open seam at the bottom. Then, he grabs a bowl and begins shaking the bag—seam side down—above it. The unpopped kernels fall out of the bag and land in the bowl separating them from the popcorn.

Once the popcorn is emptied into another bowl, there will be no worries about scooping up unpopped kernels with your bite.

this whole time there was a solution #inmy30s #popcorn #tipsandtricks

If you’re thinking that Sidney looks familiar, it’s because you’ve probably seen his videos before. His series about things he wished he knew before turning 30 is a massive viral hit. In fact, he’s the guy behind the video that shows the proper way to wear a neck pillow.

Love popcorn? Check out these popping products to take your love to the next level. 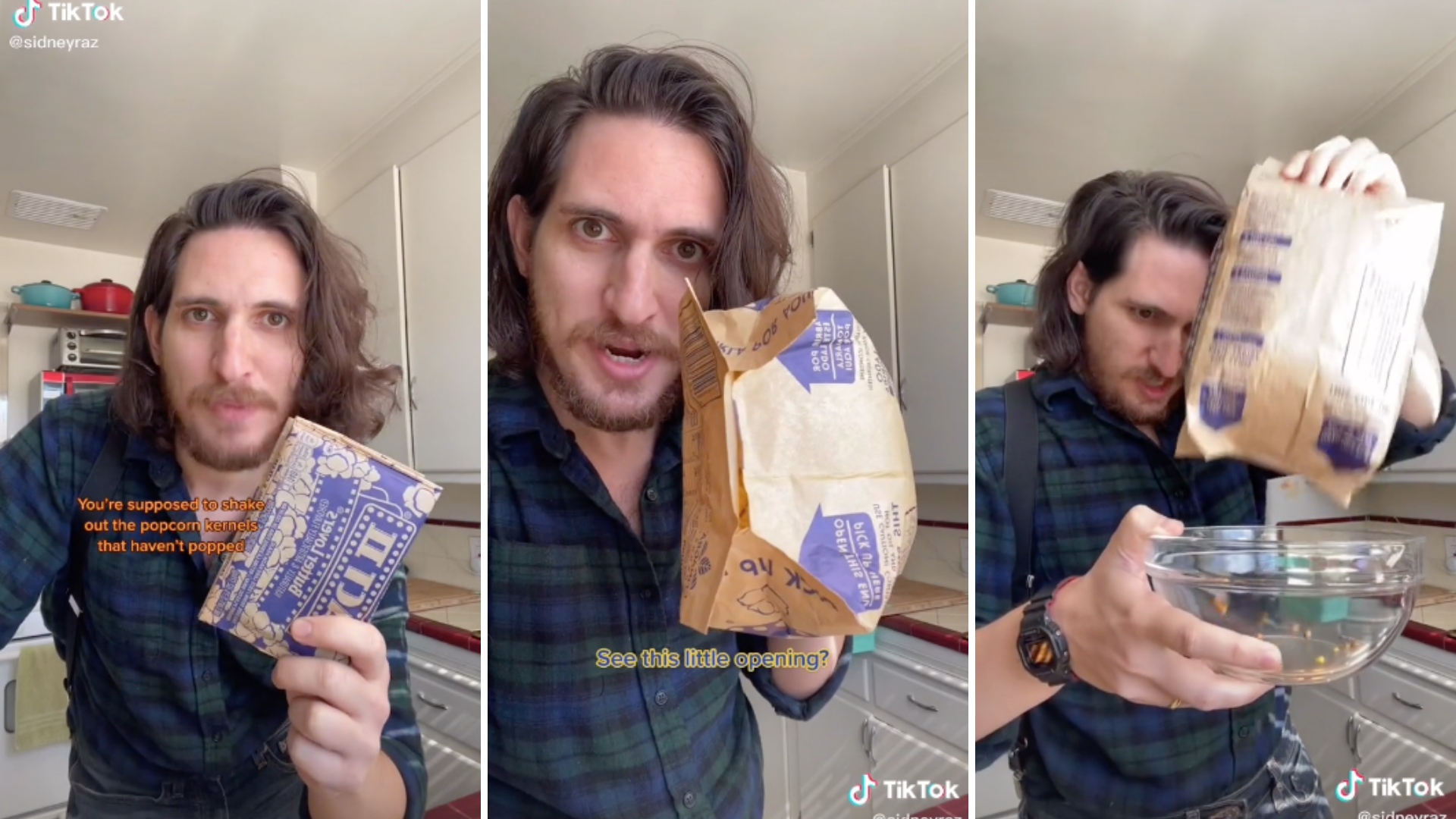 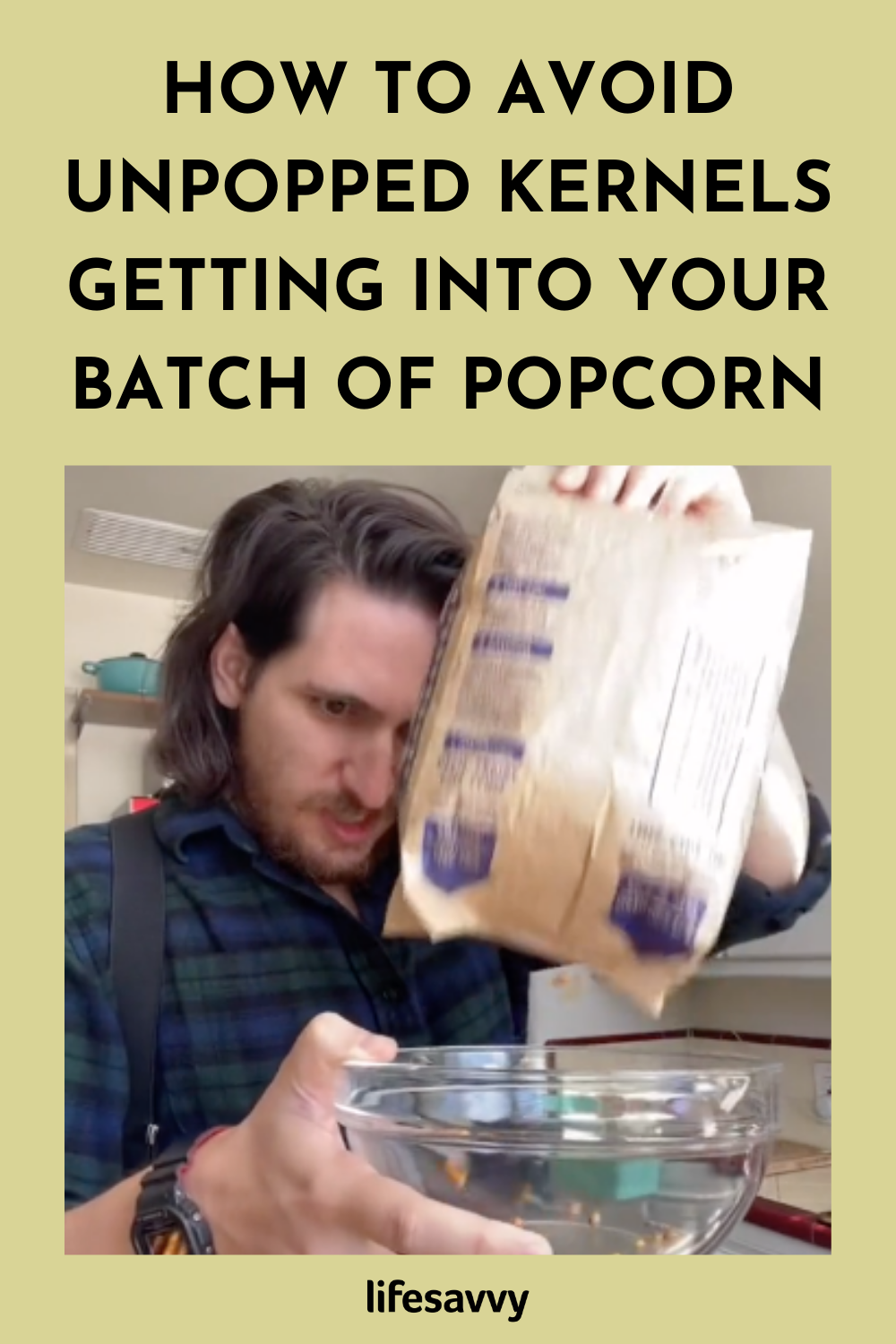