You might be on a low-carb diet, but the rest of your family probably isn’t. Creating carb-optional dinners is a challenge. So, if you just eat around or pick out the potatoes, does it make a soup or stew low-carb?

It’s hard enough to maintain a low-carb diet in today’s sugar-laden society. It’s harder still when the other members of your family aren’t on board. While soups and stews are an easy option for weeknight family dinners, they can be a problem for low-carb dieters.

Usually, comforting bowls of broth, proteins, and vegetables include some form of potato. And, if you’re trying to avoid starchy foods that are high in carbohydrates, this can ring alarm bells.

So, if you add potatoes to a stew, do the carbohydrates leech into the broth? Or can you just “eat around” them to maintain your low-carb diet? To answer, let’s look at how carbohydrates work in these starchy tubers.

Potatoes are called starchy tubers for a reason: they’re full of carbohydrates. And, while a carbohydrate isn’t necessarily a starch, all starches are carbohydrates. Now that we’ve established that, the question is whether carbohydrates (or starch) escape the potatoes when you cook them in a broth.

When you boil potatoes, you see clouds in the water, which implies starch is escaping. The same thing happens in a soup or stew, but it’s harder to see due to the color of the broth.

But there’s a catch. While potatoes do release starch, and thereby, carbohydrates into any liquid you cook or soak them in, it’s not as much as you’d think. That’s because starches only leech into the broth from cut surfaces of the potato.  This is either good or bad news, depending on a couple of factors we’ll cover below.

I Took Out the Potatoes, So It’s Low-Carb, Right?

Well, yes and no. Carbohydrates can only leech into your soups and stews via cut potato surfaces, but the rate at which this happens is extremely variable.  It’s entirely dependent on how small you cut your potatoes, and how long you simmer them. The smaller you cut the potato pieces, the greater the total cut-surface area is. And, the longer you simmer them in a stew, the more likely the potatoes surfaces are to break down and release more carbohydrates into the broth.

So, in a soup in which the potatoes are still slightly firm rather than mushy, and not cut too small, very little carb-leakage happens. However, in a stew you’ve simmered all afternoon, with tiny bits of potato broken down to mush, the number of carbohydrates in the broth will be more significant. Whether this is a problem depends on how many carbohydrates you’re limited to on your diet.

If you follow a low carbohydrate diet to manage a chronic illness or to maintain a certain biological state, like ketosis, consult a medical professional before you dive into potato-laden soups and stews. A doctor can provide tools to monitor your blood glucose levels, so you can see if the number of carbohydrates in your food has an effect.

Otherwise, it’s probably okay if you pick out or eat around the potatoes. Just keep in mind, the number of carbohydrates you get from the liquid in a dish will vary based on how small you cut the potatoes and how long you cook them.

When in doubt, you can substitute other, less carb-laden vegetables for potatoes in soups and stews. Broccoli and cauliflower hold up well for long simmers and can add a pop of color to an otherwise brownish broth. If other family members still want or need the extra carbohydrates, serve rice or potatoes on the side—they can mix them into their soup themselves!

So, if you pick around the potatoes, it might be low-carb depending on how the dish is prepared. That’s frustratingly opaque, but because diets are completely individualistic, there really isn’t a one-size-fits-all answer.

The one thing almost everyone can agree on, though, is we love giant bowls of soup and stew—even if we have to remove all the potatoes. 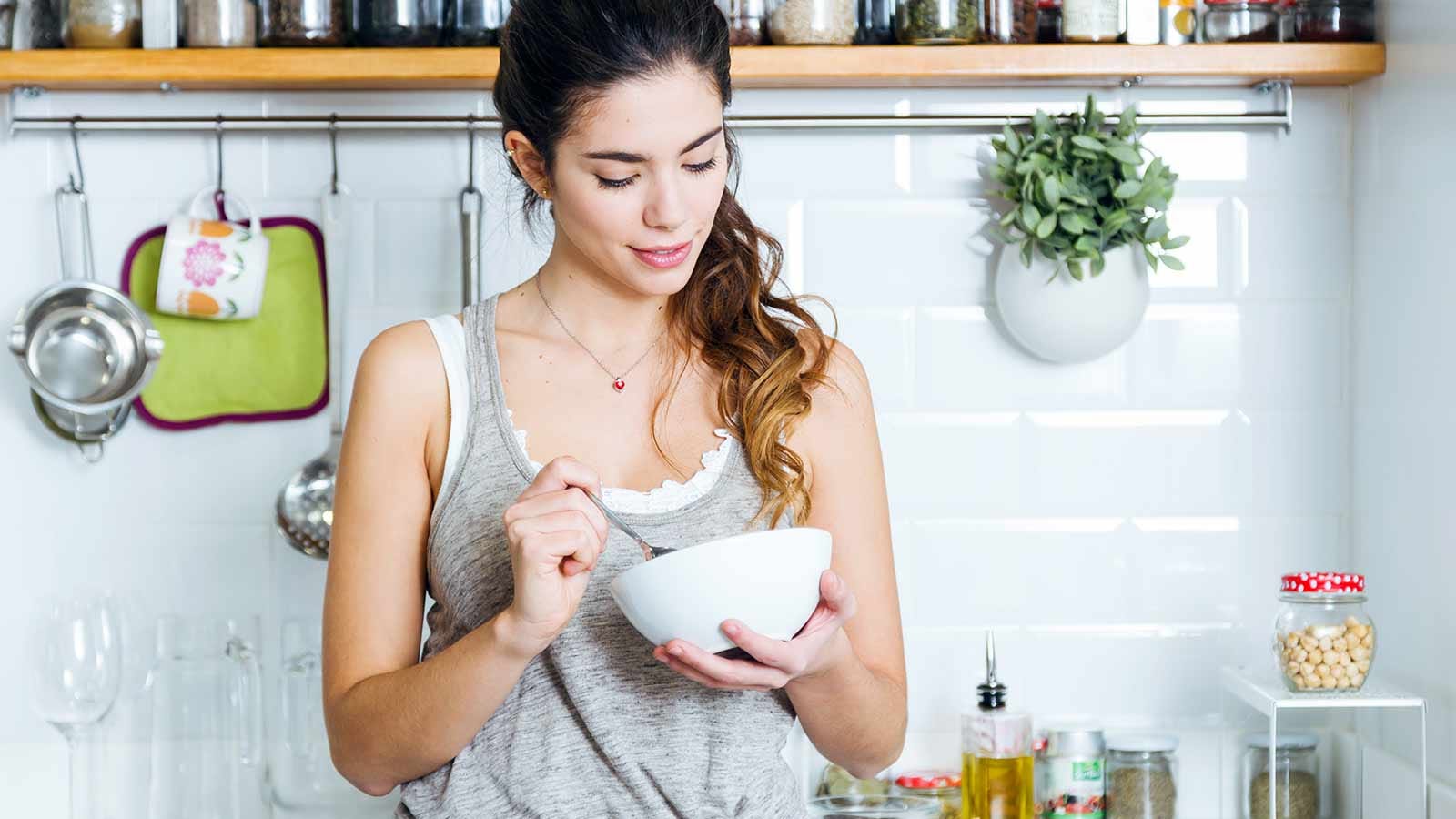