If you’ve spent any time in an outdoor or sports gear store, you’ve probably noticed some (expensive!) merino wool gear. Why is everyone suddenly going mad for it? Let’s dig in and explore what merino wool has to offer.

First things first; merino wool is simply wool that comes from the merino sheep. They’re traditionally from Spain, but they’re now farmed around the world. Merino sheep produce incredibly fine wool—it isn’t the scratchy stuff your grandmother knits scarves with—so it’s soft and comfortable when worn next to the skin. In the last few years, it’s become really popular for technical sports gear, but it’s starting to break out into the mainstream.

The Advantages of Merino Wool

Merino wool has a couple of advantages over the synthetic fabrics normally used in sports gear, and the cotton used in pretty much everything else.

Merino wool is great for temperature regulation. The fibers have microscopic air pockets which keep you insulated when it’s cold out. When it’s hot, however, merino wool wicks sweat away from your body cooling you down without leaving you feeling wet and clammy. I wear the same merino wool t-shirt (an Icebreaker tech t-shirt) as a base layer whether I’m skiing or walking along tropical beaches.

Another advantage of merino wool, especially over cotton, is that it still insulates you, even when you’re wet. “Cotton kills” is a common adage in the outdoor community because if you get wet—say falling in a river or just sweating too much—then it stops keeping you warm and that can lead to disastrous situations.

One of merino wool’s much-touted features is that it stays stink-free. And it’s true—to a point. The wool absorbs the odors created by bacteria interacting with your sweaty body, so it doesn’t get that awful exercise smell. You can get away with wearing the same merino wool gear for a few days in a row. However, over time it will still start to smell vaguely of something—even it’s not an altogether unpleasant smell. Trust me; I’ve tested it.

Wool has been farmed for thousands of years. It’s sustainable and, crucially, not based on oil. The major manufacturers are also committed to ethical farming. Merino wool is also totally biodegradable. It breaks down in about a year of exposure, unlike synthetic gear which can take decades. 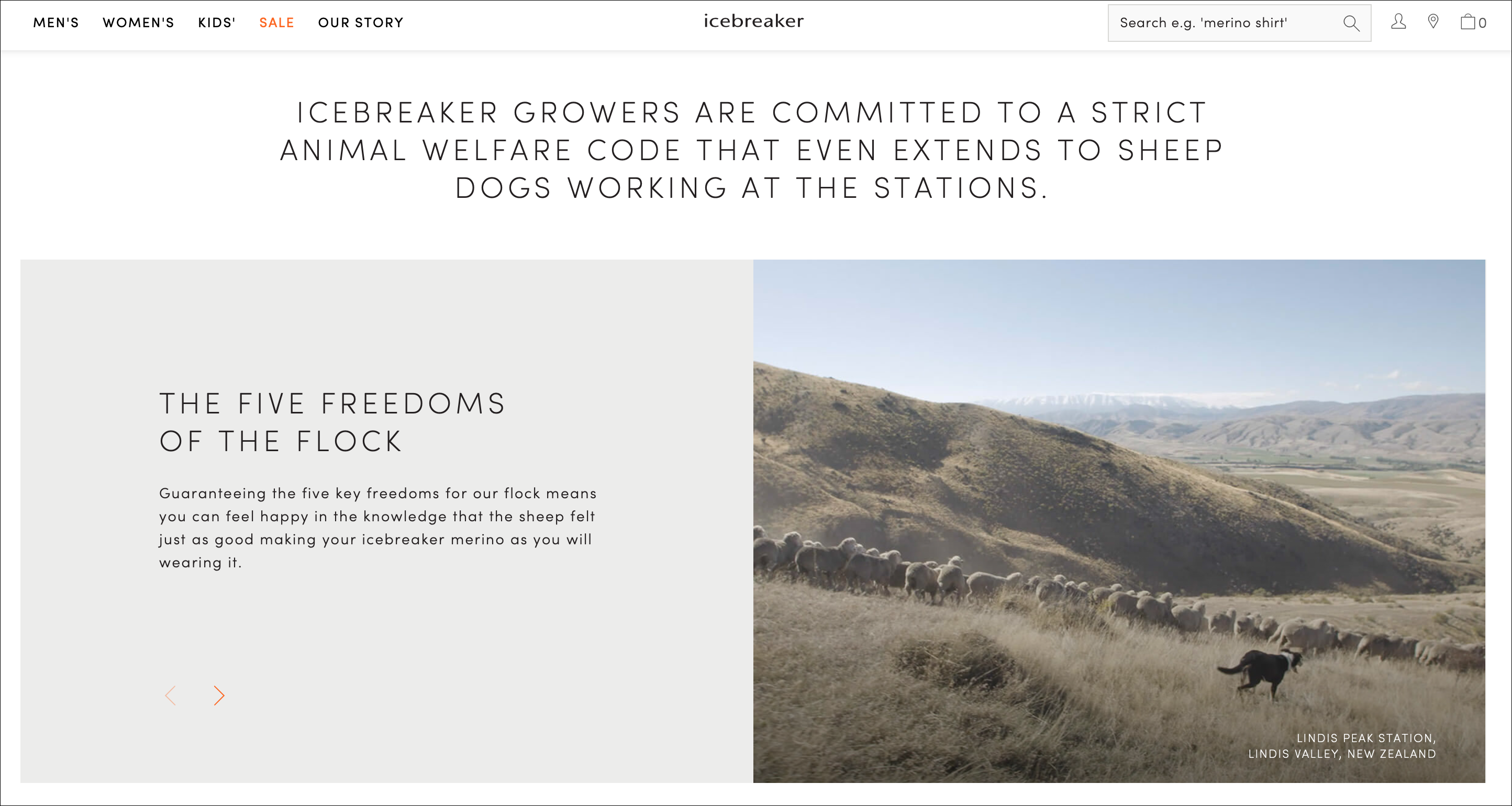 The Downsides of Merino Wool

Merino wool might sound like a wonder fabric, and a lot of marketing materials try and give that impression, there are downsides. 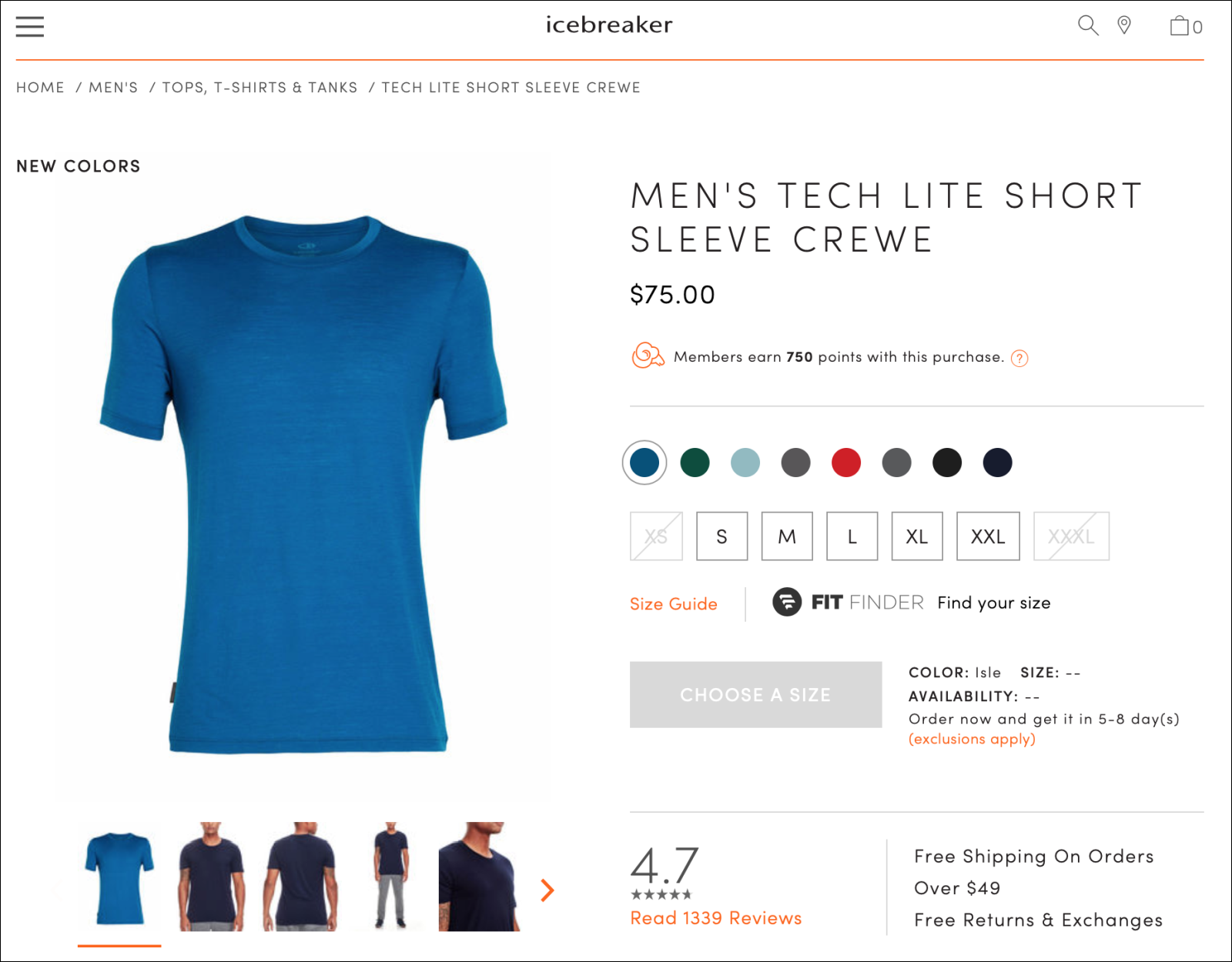 The biggest is the price. Merino wool is anywhere from 1.5x to 3x the price of comparable synthetic gear. A simple merino wool t-shirt base layer can easily set you back $75 while you can get great synthetic options for $30. 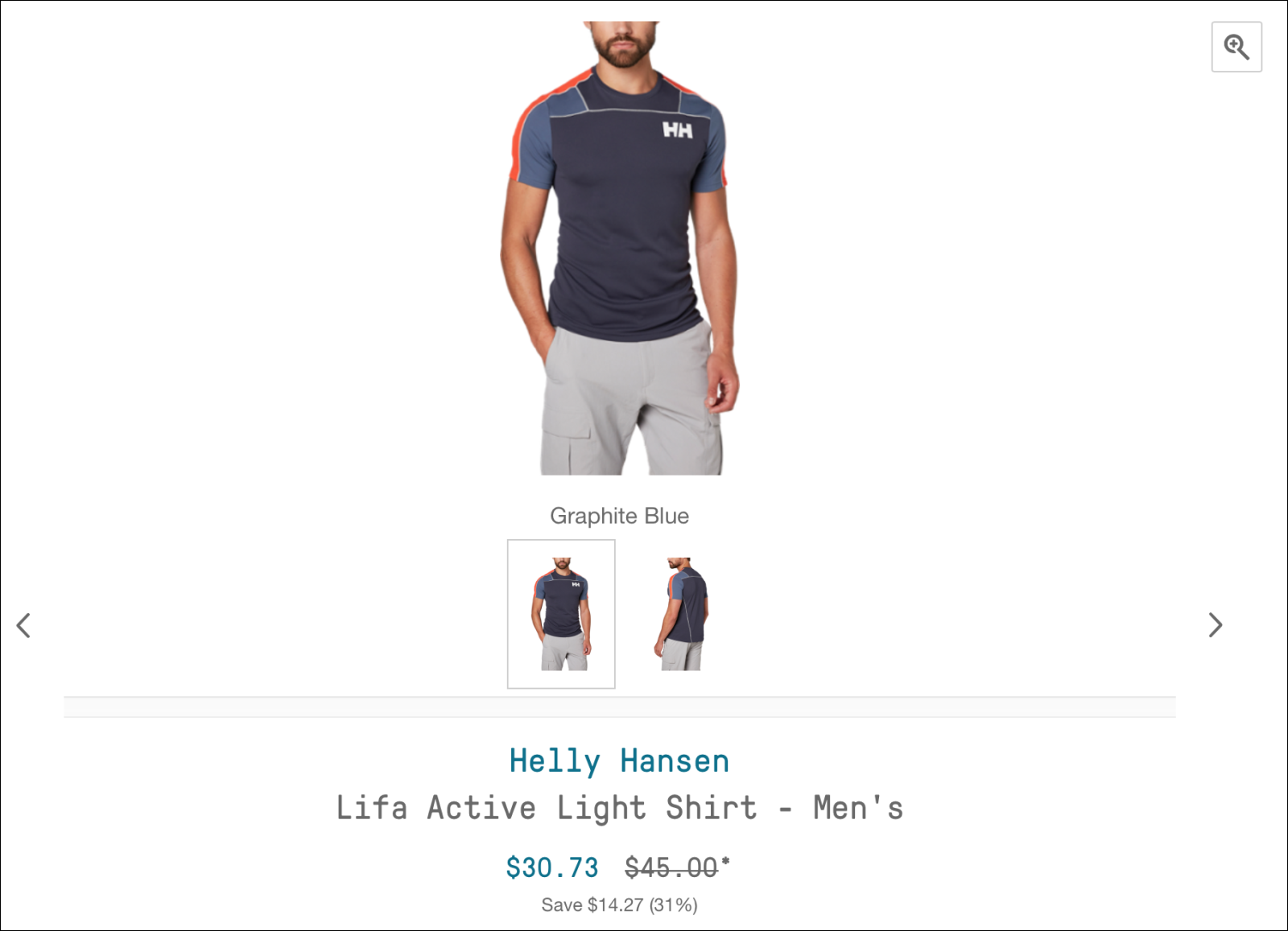 Tied into the price problem is that merino wool isn’t as durable as synthetic fabrics. There are some blends of merino wool and nylon or polyester that go toward fixing this issue, but pure wool is prone to small holes, tears, and just breaking down over time. Though one good thing is it is much more resistant to heat—your merino wool stuff won’t melt by a campfire.

The other issue with merino wool—and again, the blends go some way towards fixing the issue—is that it doesn’t hold its shape very well. It’s soft and stretchy so don’t expect closely fitted t-shirts. This is why I’ve never found a good pair of merino wool underwear. The socks are epic, though.

Should You Buy Merino Wool Gear?

On the whole, merino wool is pretty great, and a lot of my clothes are made from it, but that doesn’t mean it’s for everyone or every use. I think it’s really at its best for two things: traveling light and outdoor sports.

I’ve spent the last few years traveling the world with a single bag and minimal amounts of stuff. One of the best ways to cut down on how much you pack is to bring less clothing. And if you’re only bringing two t-shirts, it’s really helpful if they don’t start to smell as soon as you put them on. If you’re interested in one bag travel—or otherwise traveling super light—then merino wool gear can be your friend.

The other situation where merino wool is incredible is when you’re doing some kind of outdoor sport, especially if it’s something like skiing, cycling, or hiking where you can spend hours outside at the mercy of the weather. Merino gear is so much more flexible than synthetics. The same base layer will keep you warm in the winter and cool in the summer. It also won’t stop working if you get soaked by an unexpected rainstorm. If you only workout in a climate controlled gym this doesn’t matter, so you can happily use cheaper synthetic. I keep my merino stuff for the outdoors and use whatever cheap t-shirts I have lying around when I’m lifting weights.

Some of Our Favorite Merino Wool Gear 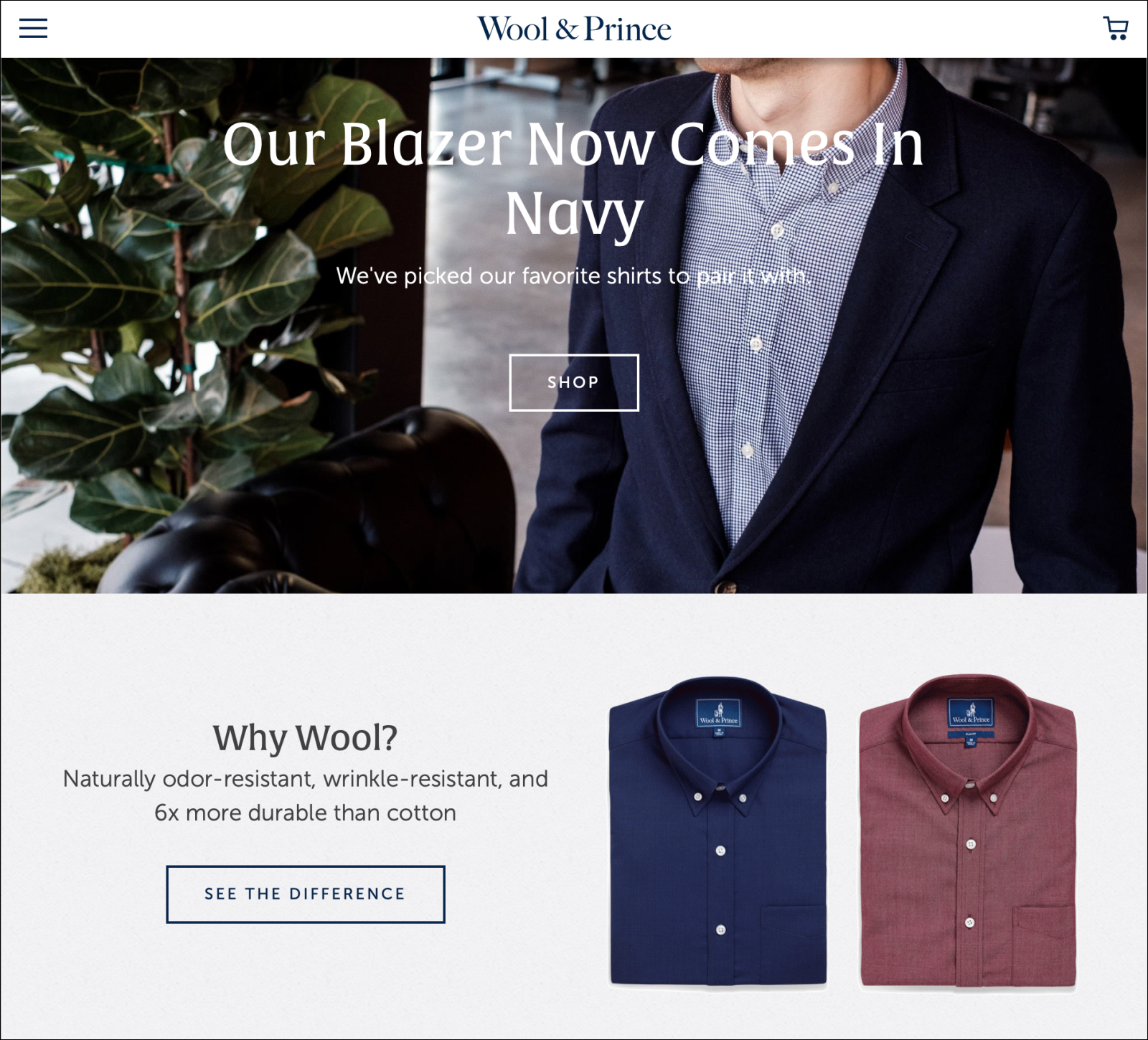 More great merino wool gear is getting made every year as traditional gear companies embrace it, but three companies make incredible stuff I swear by.

Icebreaker makes the best tops, t-shirts, and base layers. I haven’t found any simple t-shirts that fit or hold there shape as well from any other company.

Smartwool also makes great base layers, but its socks are the best I’ve ever owned. I regularly buy them as presents for people—and they love getting them.

Icebreaker and Smartwool are great for exercise and casual gear, but if you need something a little bit sharper, Wool & Prince specializes in merino wool shirts, blazers, and other more formal wear. If you don’t want to look like you just stepped in from the woods, theirs is the gear to go with.

Merino wool is awesome, and we’re huge fans of it here at LifeSavvy—now you know why. 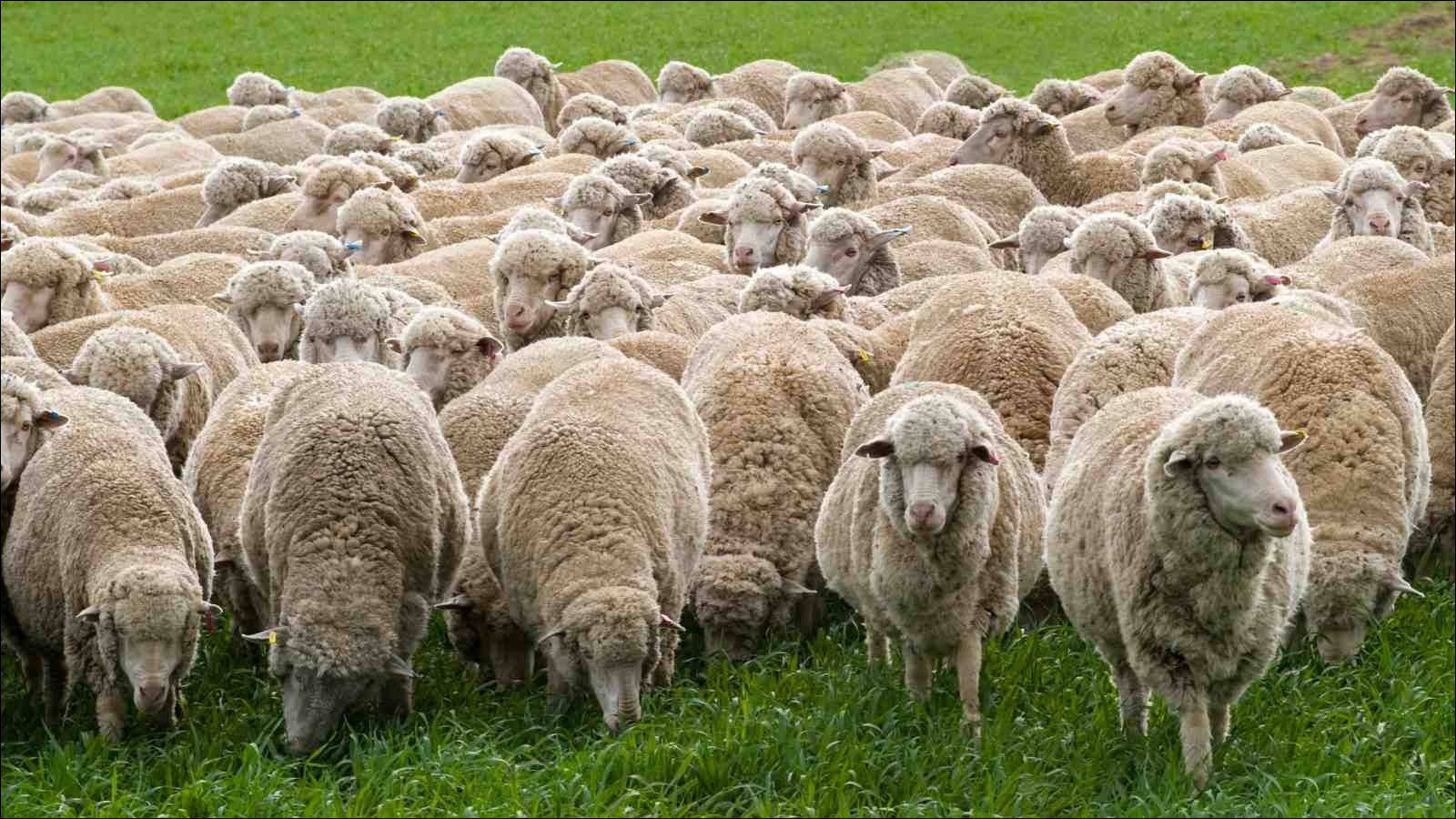