We all have our pop-culture obsessions. However, one of the largest fandoms in the world is probably that of Friends.

The famed mid-1990s-00s TV series is still in syndication on major networks, garnering new fans of all ages, all of the time. Throw in the massively popular recent reunion and the series’ arrival on HBO Max, and it’s no wonder the Friends frenzy never seems to wane.

If someone you love wishes they could visit Central Perk or live in Monica and Rachel’s apartment, one of these Friends-themed gifts is the perfect way to surprise them this holiday season.

Give someone (or yourself) the gift of a wine night with the actual friends. This set of four stemless glasses features famous phrases from the show, including “Pivot!” and Phoebe’s famed romantic lobster analogy.

Throw in one with all the characters’ names and an homage to the episode titles, and you’ve got the perfect set for a superfan.

Cheers to wine nights with Friends (get it?).

Re-create a small piece of Rachel and Monica’s apartment with your very own picture frame peephole. This iteration from Urban Outfitters can be used exactly as the fan-favorite roommates did, or as an actual picture frame.

It’s up to your giftee, but if he or she is really a Friends fan, it’s not hard to guess where you’ll see this next time you drop in.

If you’ve got a friend in your life who loves both Friends and nice jewelry, this Alex and Ani bracelet is the perfect gift. The bangle features clever charms that’ll be instantly recognizable to any Friends fan.

There’s the famed golden picture frame from Monica and Rachel’s door, a cup of coffee á la Central Perk, and small gemstone circles symbolizing the dots in the famous Friends logo. Plus, the bracelet is expandable from 2-3.5 inches, so it’ll fit a variety of wrists. It’s also nickel-free for those who suffer from allergies.

Buy on Alex and Ani

Test their knowledge of the series with this Friends edition of Trivial Pursuit. With over 600 questions, there are plenty to go around.

Unlike the larger version of the game, this portable edition comes in a small wedge with question cards and dice you roll to determine the question category. Your friend will be able to take it to parties all over town and prove they are the show’s biggest fan.

Test their knowledge of the show with this version of the popular game.

Give your loved one a Friends-themed way to relax this holiday season with a full Central Perk LEGO set. They can create their own mini-version of the coffee shop with this 1,070 piece collection.

It comes with all seven minifigs of the core cast, as well as Gunther. Each character also comes with an accessory, and you can place them wherever you want in the scene. After it’s built, your friend will love displaying this cute set in their home.

Your friend will finally be able to go to Central Perk.

If your fave Friends fan also likes to cook, he or she will love making meals inspired by the show from this Friends Official Cookbook Set. From Rachel’s meat trifle to faceless foods á la Phoebe, the cookbook includes over 100 recipes inspired by the series.

Plus, it’s not just a cookbook; your giftee will also get an adorable bright blue apron with the famed Thanksgiving turkey, and its fez and sunglasses.

For anyone who wants to show off their love of coffee and Friends, these awesome gender-neutral Central Perk sweatshirts are the bomb! The logo of the famed coffee shop where Rachel worked (and she and Ross shared their first kiss) is emblazoned on the front.

The design features a comfy crew neck and elasticized sleeves. Plus, it’s size-inclusive and is available in small-3XL.

Buy from Only Comfort Colors on Etsy

Sure, it’s just my opinion, but this floor plan of Monica and Rachel’s and Chandler and Joey’s apartments is one of the coolest, subtlest ways to show off your fandom. This re-creation even features the fictional address at the bottom and detailed drawings of the insides of each apartment.

You can get the digital print in sizes ranging from just 6 x 4 inches, all the way up to 33.1 x 46.8 inches. The print is mailed to you (no digital downloading or printing it yourself), and then you can customize the frame to suit either your own or your loved one’s décor.

Buy from QualityLootCom on Etsy

RELATEDHow to Care for Your Nails at Home

Looking for the perfect stocking stuffer for a Friends fan? These nail polishes are it! They’re sold in a bundle—like this set of all eight—as well as individually. The colors are reminiscent of the show’s opening scene (see that orange shade of the famous couch?), and the best part is their names reflect this.

The green is called Central Perk, the lavender (like Monica and Rachel’s door) is The One Where, and the yellow is named Relaxi Taxi. Sure, if someone notices your giftee’s nails, that person won’t know it’s a Friends homage, but your loved one will, and that’s what matters.

With this slow cooker, your friend will be able to cook just like Monica! Okay, maybe not just like her—after all, she’s a pro chef—but it’s the thought that counts. BoxLunch debuted the cooker last year and has restocked just in time for the holidays.

The appliance holds up to 6-1/2 quarts and has a removable insert, a digital screen with Low and High settings, and a glass lid. It’s everything anyone could want in a slow cooker with a fun Friends spin.

If you have a loved one you consider your “lobster,” any of these Friends gifts is sure to make them smile this holiday season. Oh, and if they like to crochet, there’s a Friends-themed gift for that, too! 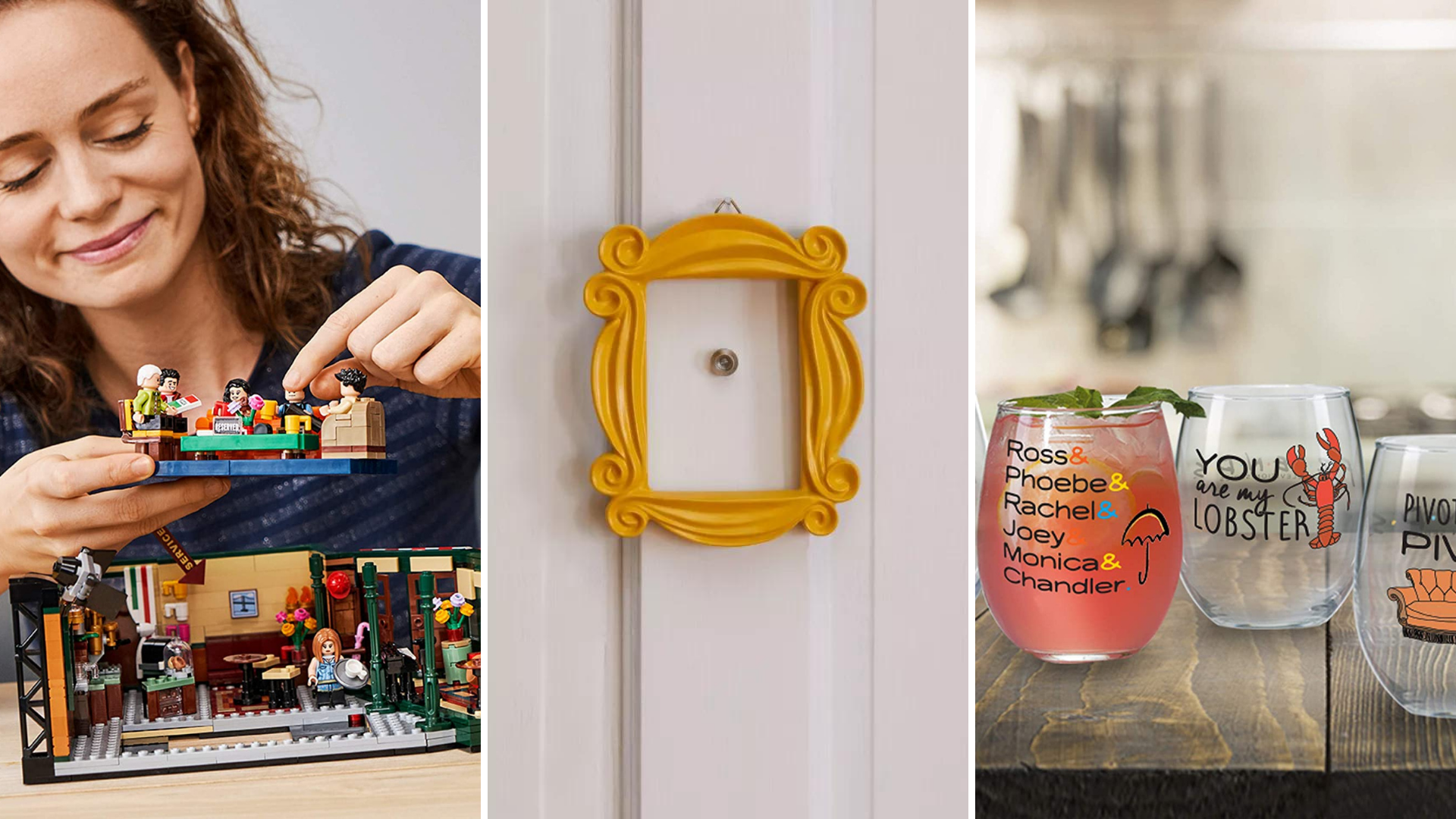