There are so many things to love about fall, but for a lot of people, the seasonal dishes top the list. Ever wonder how some of these foods became famously linked to this time of year?

Whether you’re curious who discovered cornbread, or why green bean casserole ever became a classic Thanksgiving dish, the past has the story for you.

We’ll start things off with the classic fall dish, apple pie. But before we delve too deep, we’ve got a disclaimer for you. Neither apples nor pie crust is native to the U.S. So, how did this sweet treat become a symbol of American pride?

The only apple native to the U.S. is the crabapple, which isn’t the best in pie due to its incredibly sour taste. Hundreds of years ago, a fellow by the name of John Chapman (aka Johnny Appleseed) planted crabapple seeds across thousands of miles. People then harvested the crabapples and made hard cider, but more on that later.

It wasn’t until the early 1600s that the apple seeds that grow into the apples we eat today were shipped overseas.

Wondering where pie dough came from? In Medieval England, crusts were called “coffyns” or “coffins” due to their thick durability and use for cooking savory foods for long periods. That’s not very appealing.

According to Emily Upton from Today I Found Out, the first recorded apple pie recipe dates back to 1300s England. That recipe, however, doesn’t resemble the apple pie we all love today. A version of the dessert we eat didn’t become available until hundreds of years after all the ingredients, like wheat, lard, sugar, and spices, made their way to the U.S.

In the early 1900s, the phrase “As American as apple pie” appeared in print, and by World War II, soldiers often told journalists they were fighting “for mom and apple pie.”

So, there you have it: a quick history lesson on the components of the sweet dessert that eventually became an American favorite.

Cornbread is another fall classic that Americans have adored for generations. Wheat was one of America’s most exciting food products in the 1800s. Unfortunately, in the South, it was just too hot for wheat to flourish; enter the corn.

According to Southern Living Test Kitchen Director Robby Melvin, Native Americans used a mortar and pestle to grind corn into cornmeal and make cornbread. But it wasn’t the kind we eat today. Back then, they made their cornbread with water and cornmeal and baked it on an open fire.

Today, we use buttermilk, eggs, bits of corn, and baking soda and powder to create the light, crumbly treat people enjoy all over.

[Editor’s Note: As a Southerner, I must share a tip with you. Once your leftover cornbread goes a little stale, break it up into big chunks, toss them into a glass with buttermilk, and eat it like cereal. You’re welcome.]

If you’ve been to a Thanksgiving dinner, you’ve had green bean casserole. Every November, this famous dish hits dining room tables all over the U.S. But who decided to combine cooked green beans, fried onions, and cream of mushroom soup to create this delicious dish? Let’s find out!

Way before Pinterest and food bloggers, there were recipe pamphlets. These were condensed, convenient pocket-sized recipe books that featured brand-name products. They were cheap and easy to use, and you didn’t have to purchase bulky, expensive cookbooks.

Campbell’s Soup Company had a kitchen where many people developed dishes that featured the company’s canned goods so they could be printed in its recipe pamphlets. Dorcas Reilly, one of Campbell’s recipe creators, is the mastermind behind this American classic.

She wanted to create a convenient recipe that included ingredients most people had on hand. Now, this dish is traditionally consumed in millions of homes across the U.S every fall.

You can’t go to a carnival or fair without passing a freshly dipped caramel or candied apple stand. This in-season fruit is delicious on its own, but it’s even better when it’s dipped in sticky, warm caramel sauce. Curious where this tasty treat came from?

When he was experimenting with extra Halloween candy, Walker melted down some caramel and dipped apples in it, thereby creating the sugary pleasure many people love to munch today.

Remember Johnny Appleseed—that guy we mentioned earlier? He reappears here, too. You see, when he planted all those crabapple seeds, they served another important purpose: creating boozy cider.

Rebecca Rupp from National Geographic said that in the 17th century, it was much safer to drink alcohol than the dirty water. It also kept people warm during the frigid winter nights. Fermented cider was very popular during that time due to its accessibility and feasibility.

During prohibition, cider disappeared, and years later, the nation turned to beer. Today, hard cider has made a comeback. You can find it in most pubs and restaurants around the U.S.

It’s hard to resist snagging a handful of these tricolored confections. Billions of pieces of candy corn are produced each year and make their way to store shelves all over the U.S.

Olivia B. Waxman from Time claimed candy corn was invented by George Renninger, an employee of Wunderlee Candy Company. Jelly Belly Candy Company (formerly, the Goelitz Candy Company) then started producing the popular candy, and it still does today.

In the 1800s, candy corn was made by hand from a slurry mixture of sugar and corn syrup and then placed in molds. Today, machines make candy corn in factories, but it remains a staple of the Halloween season.

There you have it: a brief history lesson on some of your favorite autumn dishes and snacks. Next time you dive into some green bean casserole or take a sip of cider, be sure to share your newfound knowledge with your buddies! 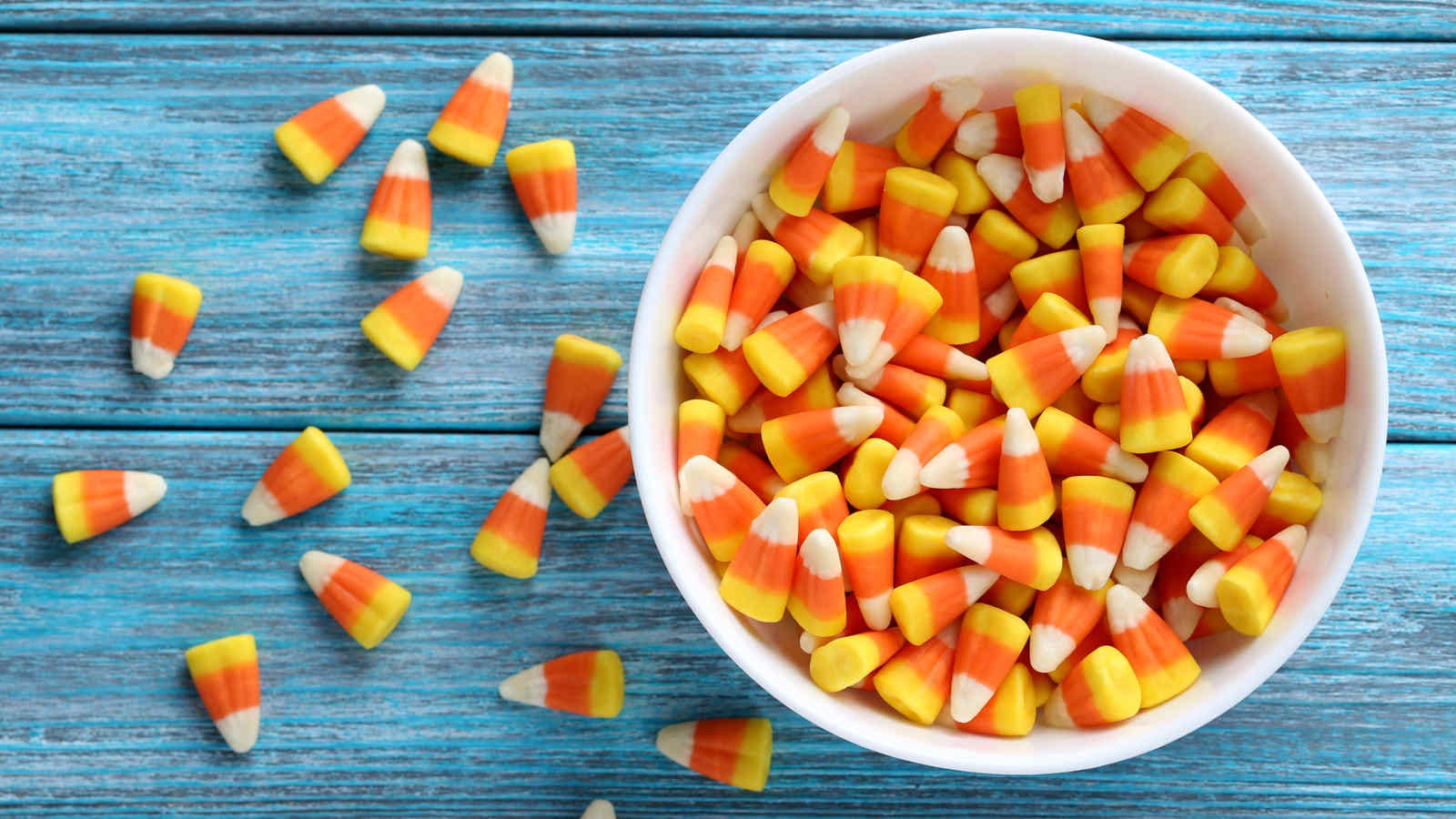