Banana bread is one of those comfort foods we all know and love, but it can get a bit boring if you make the same recipe every time. With just a few additional ingredients, though, you’ll never get the same old banana bread again!

Because banana bread is sweet, but not overly so, it makes an ideal base you can tweak to create other delicious flavors. Banana is a relatively subtle flavor on its own, so you can mix and match until you get something that delights your taste buds.

Next time you’re craving banana bread, try one of these easy hacks to upgrade your favorite recipe.

How to Make Basic Banana Bread

For any deluxe banana bread, you have to start with a delicious, basic recipe. Truly amazing banana bread should be moist, but not soggy, with a soft crumb interior, a lightly spiced batter, and a crackled top.

RELATEDEverything You Need to Know About Quick Bread

It’s also a “quick bread,” which means it’s leavened with baking soda and/or powder instead of yeast, making it especially easy for the time-crunching baker.

Baker by Nature’s Best Basic Banana Bread is a great starting point for any and all banana bread variations. The secret is the large dollop of sour cream, which makes the loaf more moist and tender without adding extra butter. Plus, it gives the bread just a hint of tanginess, perfectly balancing out the sweetness from the bananas.

Get the Recipe: Baker by Nature

Chocolate chip banana bread might be one of the easiest modifications you’ll ever make. All it takes
is the addition of one ingredient to upgrade to a sweet, chocolatey loaf. Just follow these simple steps:

You can choose your favorite kind of chocolate chips, whether they’re dark, super-sweet, or light. For a good middle ground, pretty much everyone loves classic with Nestle Toll House Semi-Sweet Chocolate Chips. They’re not too sweet and add just the right punch of flavor.

Want even more chocolate goodness, but without the super-sweet taste of a chocolate cake? If so, chocolate banana bread is your new best friend.

The simple addition of cocoa powder and chocolate chips provides a double dose of chocolate. However, sticking to the basic banana bread recipe keeps things from getting overly sweet. Follow these steps to try it yourself:

Tip: Keep a closer eye on the baking time when making chocolate banana bread. The cocoa powder makes the bread darker, which can make it more difficult to see if it’s done.

Be careful when adding cocoa powder, however. Dutch-process cocoa powder is more alkaline than regular cocoa, which is what gives it that mellow, almost earthy flavor. However, this change in acidity also means it’s best used in recipes that call for baking powder, rather than baking soda, as the former will properly leaven the bread.

If your recipe calls for baking soda, use regular cocoa powder, like Ghirardelli’s. You’ll get that rich chocolate taste without having to worry about altering the chemistry of the batter.

Lean into the tropical vibe of bananas with a coconut upgrade to your favorite recipe. All you have to do is incorporate coconut flakes into the batter for a sweetly subtle, but still noticeable, tropical loaf. Follow these steps to try this quick addition:

Coconut flakes also add a nice bit of texture to your banana bread, so grab a bag and let the magic happen!

Add a tropical twist to your banana bread.

In most banana breads, the cinnamon and other spices are barely there. For this twist on a classic, you’ll be swirling in a delicious tunnel of pure cinnamon sugar. Here’s how to get the perfect swirl:

Tip: Add 1/4 cup of finely chopped pecans to the mixture for a banana nut bread with a cinnamon swirl.

Adding blueberries is an easy way to make banana bread extra-healthy and even more delicious. As with the other add-ins, you can start with the quantity recommended here, and then adjust to taste. Give it a try with these easy steps:

Now that you know how to tweak your standard recipe, you’ll never have to eat the same old boring banana bread again. You can do the same with almost any “neutral” recipe. For example, why not use your basic sugar cookie recipe as a base for some new holiday creations this year? 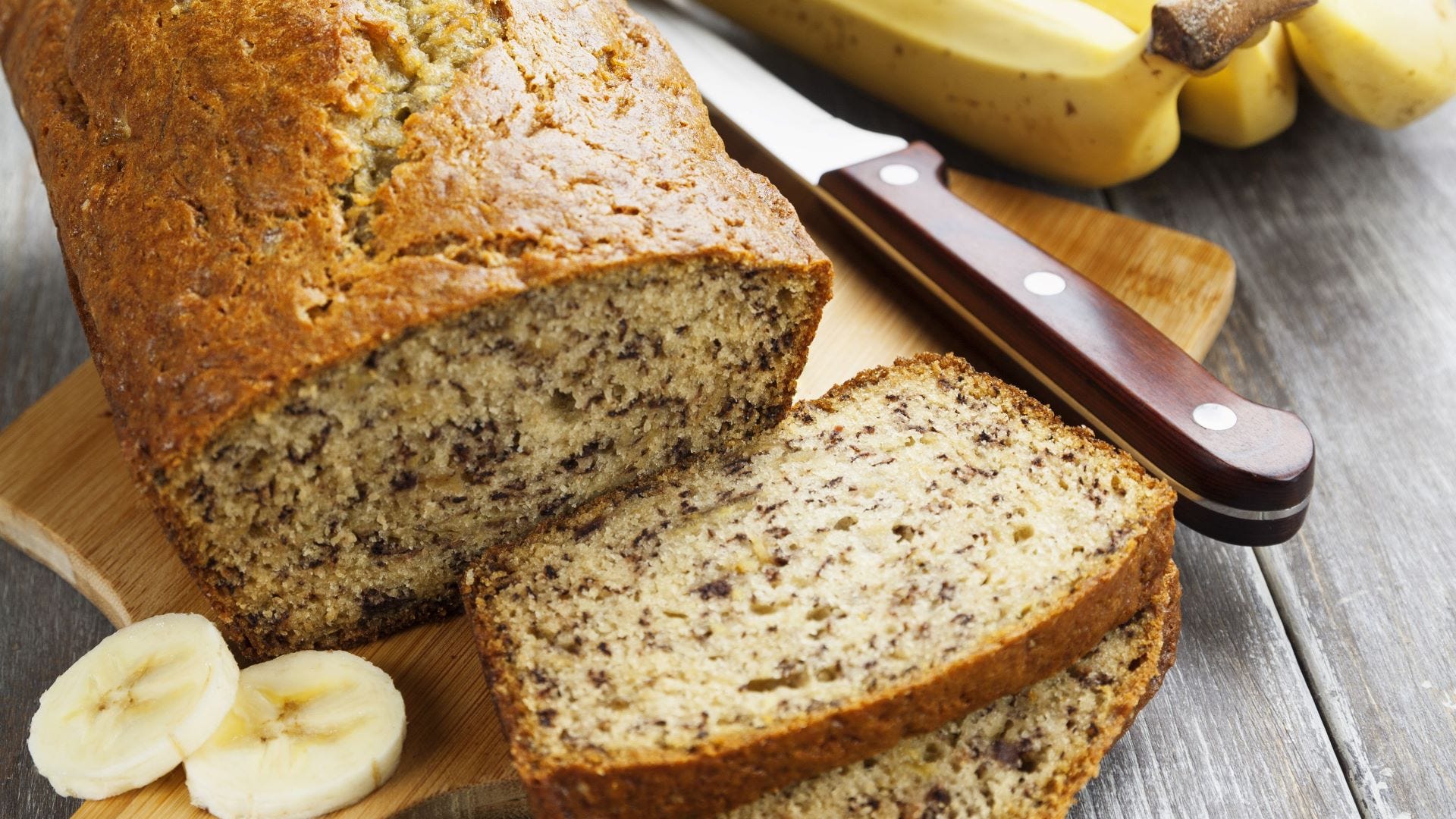