It’s one of America’s favorite foods, but it didn’t get its start in the United States. Here’s the origin story of pizza and the many forms it has taken around the world.

However you like your pizza whether it’s a strictly traditional Neapolitan pizza, an American adaptation thereof, or something stacked high with exotic ingredients, there’s a lot to love about pizza and a lot to learn in the process!

The History of Pizza
The First Modern Pizzas
And What About the Pizza Toppings?

The History of Pizza

If you think of pizza as being quintessentially Italian, you’re correct to do so. Italians have been topping flatbread with things for a very long time. There is archeological evidence dating all the way back to 5000 BCE indicating that ancient peoples on the Island of Sardinia baked something that could be considered the primordial ancestor of modern pizza. Throughout the region, people ate similar flatbread proto-pizzas and there is even a reference to flatbread topped with vegetables in the Aeneid.

As far as the word itself, the first recorded use of the word “pizza” dates all the way back to the 10th century, but what we regard as modern pizza came about in the 1700s in Naples, Italy. It wasn’t until the early 19th century, however, that pizza would really begin migrating out of Italy and across the world.

Antica Pizzeria Port’Alba is the very first place in Naples to serve pizza. It started as a street vendor in 1738—at first pizza was considered simple fare for the poor—and then opened a pizzeria opened in 1830. They’re still open and serving pizza to this day.

In the United States, Lombardi’s of New York City lays claim to being the first pizzeria in America. The location was originally a grocery store owned by Italian immigrant Gennaro Lombardi that opened in 1897. Lombardi sold Italian food to local factory workers but officially applied for a restaurant license in 1905.  Lombardi’s is also the originator of what is referred to as the “New York Style” Pizza, which is a large pizza made with hand-tossed dough that results in a thin-crust throughout the pizza except for a thicker and crisper outer edge.

Another popular pizza, the Pizza Margherita, was birthed early on in Italy and got its name for Queen Margherita. Queen Margherita, the wife of King Umberto I, was a fan of pizza. Her favorite was a topping combination of green basil, red tomato sauce, and white cheese. Called pizza mozzarella initially, it soon got a change in name.

And What About the Pizza Toppings?

No conversation about the pizza is complete without discussing pizza toppings. There are only so many ways you can make the crust—round, square, thick, thin, deep dish, stuffed—but there are hundreds of toppings to choose from, from types of sauces and cheeses to the rest of it.

RELATEDBecome a Pizza-Making Pro with These 10 Kitchen Items

You can get almost anything you want on your pizza, depending on where you’re ordering it. Fancier restaurants offer Greek-style pizzas with kalamata olives and feta cheese. You can get vegan pizza, with no real dairy or meat. You can get pizza with various meats and no veggies.

But what are some of the weirdest things people enjoy on their pizza? There’s a restaurant in Michigan that puts zucchini on pizza. As for the rest of the world, here are some common toppings:

Whether you stack it up with meat, veggies, seafood, or even more exotic toppings, it’s tough to beat a good pizza with a crisp crust and plenty of flavor! So, how do you take your pizza? 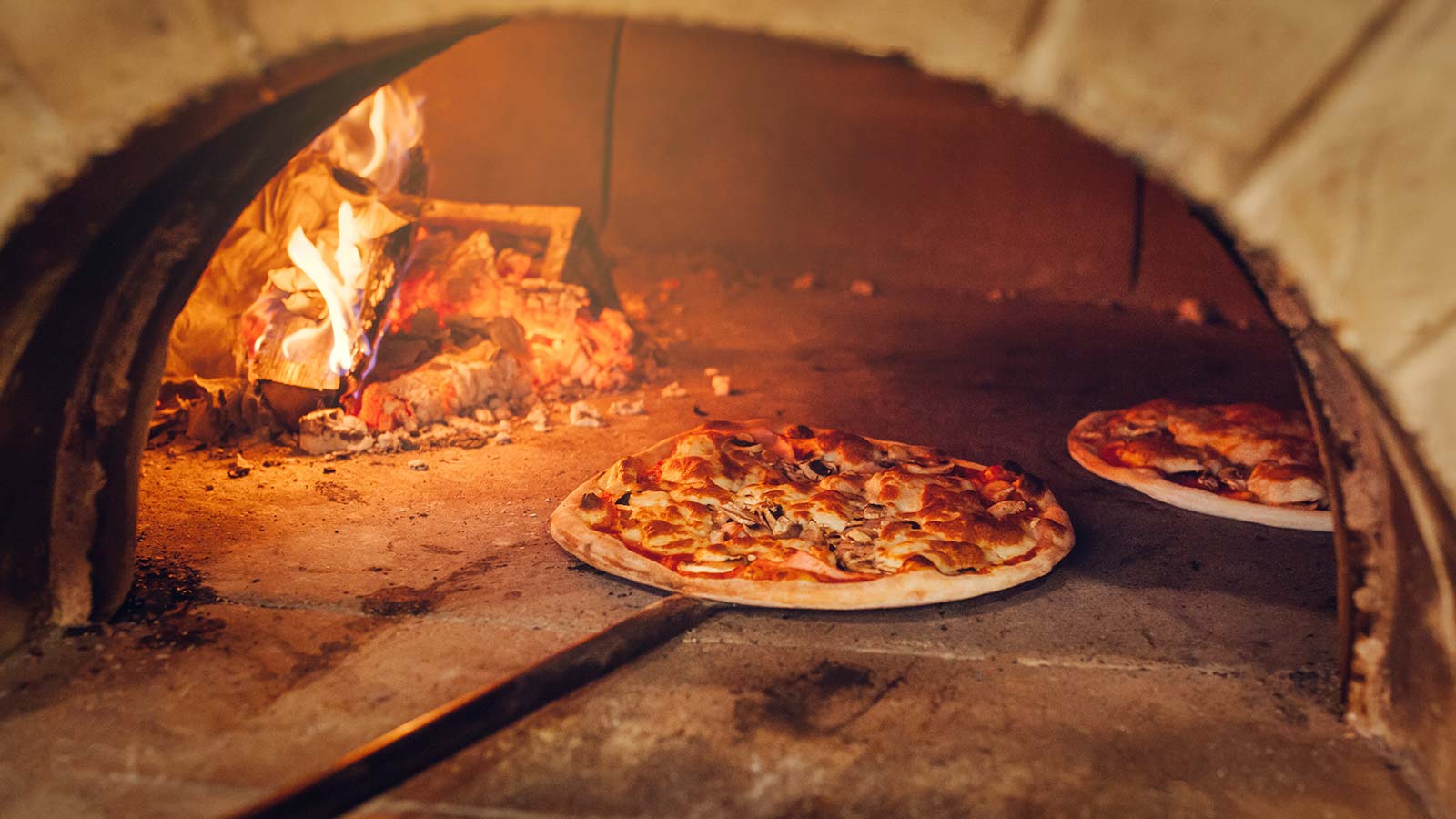