Spooky season is upon us, which means it’s the perfect time to delve into scary stories that make your skin crawl. Add some excitement to your day with these intriguing true-crime podcasts.

If you don’t need a happily-ever-after to enjoy a story, you might enjoy this podcast. Every week, ex-cold case investigator Paul Holes and investigative journalist Billy Jensen discuss unsolved murders, unidentified remains, and missing persons cases.

What makes this podcast unique is listeners get to ride along with the two experts as they attempt to solve crimes. You can also help them by providing tips or new information. While they don’t always succeed, the storytelling is always engaging and easy to binge.

This brand-new podcast features April Balascio, a woman who, at the age of 40, realized her father, Edward Wayne Edwards, was a serial killer. With host, John Dean, she dives into her past and shares glimpses into the strange psyche of her father. She also recounts how her suspicions led her to contact the police, which resulted in his arrest and conviction. It’s a gripping and emotional journey that’s not to be missed. 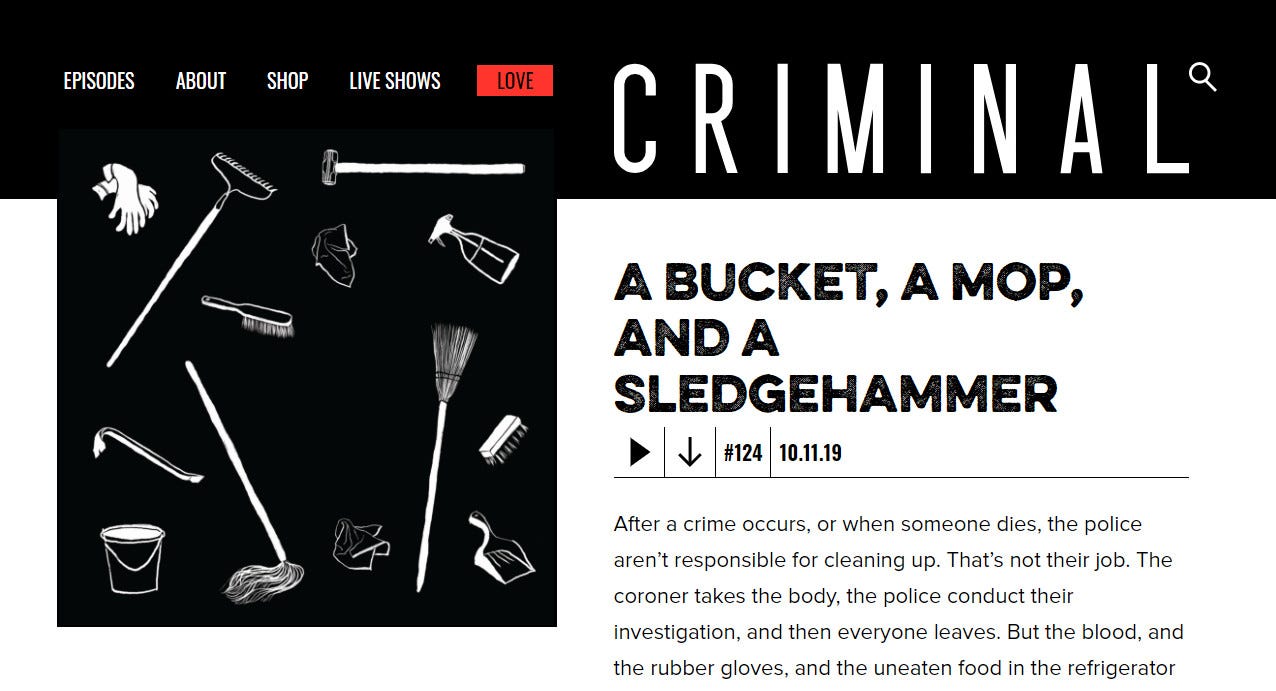 Crime is not just about murder—it’s a function of our society, our homes, our system, and our history. Sometimes, there’s blood involved, or misinformation, or helplessness. With its hypnotic sound design and captivating words, criminals share stories far more complex than they might seem at first. In this award-winning podcast, the entrancing voice of host Phoebe Judge delves objectively into different crime tales that will satisfy the most analytical and curious minds.

When it comes to true-crime, long-format podcasts, Serial is the G.O.A.T. With Sarah Koeing’s impressive investigative skills as a journalist, the riveting story-telling, and the excellent production that goes into every episode, this podcast sets a new standard in the genre.

Season one focuses on the 1999 murder of Baltimore high school student Hae Min Lee, and the questionable conviction of her ex-boyfriend, Adnan Syed. The team presents the facts of the case, uncovers new evidence, and even has a discussion with Syed.

The podcast went viral and has won several major broadcasting awards. Be sure to give it a listen.

While Serial played a big role in helping Adnan Syed’s case (see above), Undisclosed did more. Originally, this podcast was a sort of spin-off of Serial. It intended to dig deeper into the case and bring new info to light, regarding judicial misconduct, police corruption, and undeniable biases. The podcast continues to investigate wrongful convictions and the concerning flaws in the U.S. criminal justice system that often leave marginalized individuals to their own devices.

Through their stories, the producers have helped raise money for defense teams and—channeling the Innocence Project at its best—uncovered new evidence that has led to the exoneration of the wrongfully convicted.

Similar to Criminal, Crimetown goes beyond the serial-killer narrative. From Rhode Island to Detroit, this podcast examines the culture of crime in America through stories told by its citizens. From the war on drugs and political corruption, to racism and poverty, Crimetown digs deep into the critical issues that continue to affect major cities in the U.S.

What do a former FBI profiler, a former criminal behavioral analyst for New Scotland Yard, and the casting director of CBS’ Criminal Minds have in common? The Real Crime Profile podcast and love for Netflix. If binge-watching all the popular true-crime docuseries isn’t enough for you, this dynamic trio can supplement you with intriguing perspectives and professional insights you didn’t know you needed. This weekly podcast focuses on one element of each story per show.

The Last Podcast on the Left

If you enjoy true-crime stories but also like to sleep at night, this is the podcast for you. A group of comedians host The Last Podcast on the Left. They cover a new topic every week, whether it’s a product of the evil human mind or imagination. Featuring discussions about demons and serial killers with a side of jokes and giggles, this podcast is dark humor central.

This is another podcast for those who want to satisfy their lust for horror while also keeping it light. Comedian friends and true-crime fans, Karen Kilgariff and Georgia Hardstark, get together twice a week. They discuss odd murders and hometown crimes shared by their listeners and perfectly balance the grisly with a bit of healthy humor. From the moment they created this audio series, they took the world by storm with their friendly approach to crime examination and gave rise to a community of fans known as Murderinos.

This award-winning podcast, hosted by reporter Madeline Bala, is a unique example of investigative journalism at its best. Through compelling storytelling that highlights wrongdoing, and a serious commitment to finding the missing piece of the puzzle, In the Dark brings attention to cases that never got enough of it.

In the first season, they recount the disappearance of young Jacob Wetterling, which remained unsolved for 27 years. In the current season, they’re discussing the case of Curtis Flowers, who was convicted six times for four murders he didn’t commit and is still on death row.

It all began in 1985 when two bodies were found in a wooden barrel in a New Hampshire state park. Investigations were carried out tirelessly for years until, in 2000, two more bodies were discovered in another barrel. For years, the case went unsolved until the team behind the Bear Brook podcast brought new revelations to light that changed the course of this famous case.

The team believes its style of cold-case analysis will forever change the way murders are investigated.

Following the success its first season (Who Killed Alberta Williams?), Missing & Murdered: Finding Cleo sets out to discover what happened to Cleo Nicotine Semaganis. This young girl from Saskatchewan was taken from her Cree family in the 1970s to take part in a horrifying program called the “Sixties Scoop.”

With a body of compelling work, and a dash of politics, the reporter behind the podcast, Connie Walker, sheds light on the systemic oppression indigenous people—particularly women—have endured for years in Canada. It’s an astonishing series of events that will have you engaged from minute one.

If season two of Mindhunter wasn’t enough, you should check out Atlanta Monster. This true-crime podcast dives deep into the controversial case of the Atlanta Child Murders, which took place and terrorized citizens nearly 40 years ago.

Despite the extensive investigation and the convicted murderer, there are still plenty of unanswered questions and missing African-American children and young adults who deserve our attention.

If, after season one, you crave even more, check out season two, Monster: The Zodiac Killer.

Particularly relevant in today’s Wi-Fi-driven culture, this indie podcast explores the dark side of the internet. Skillful hackers tell you just how vulnerable your digital identity is. From privacy hacks and cybercrimes, to ransomware and leaked nude selfies, Darknet Diaries covers real-life stories that will make you want to delete all your social media accounts and bury your electronic devices in the ground.

In 2005, Tara Grinstead, a high school teacher and former beauty queen in Georgia, disappeared, leaving the state with its largest case file in history. After learning about the case, filmmaker Payne Lindsey decided to take action and find out what happened to Grinstead. While professionals might disagree with his amateur methods, Lindsey managed to make quite an impact—he unintentionally compelled the then-alleged killer to confess. Since then, Payne has become a legend among investigative amateurs.

This investigative series from CBC Radio tells one crime story per episode and brings a new perspective to every case, with a respectful and honest touch. From the grisly 1999 murder of 15-year-old Sharmini Anandavel, to the serial killer who’s petrified Toronto’s LGBTQ community for the past 12 years, every case will hook you until the end.

This podcast takes you on a deep, obscure journey into the psyche of serial killers who’ve left a gruesome, painful mark on history. By exploring their backgrounds and upbringings from a psychological standpoint, the show thoroughly examines the criminal behavior of the perpetrators. It also goes into the graphic details of their crimes, revealing just how vicious and wicked their minds truly were. The stories are as enthralling as they are stomach-churning.

Succumb to the Halloween spirit by listening to the many dark stories about “the evil that men do.” Sure to have your heart thumping in no time, these podcasts give even the best true-crime docuseries on Netflix a run for its money. 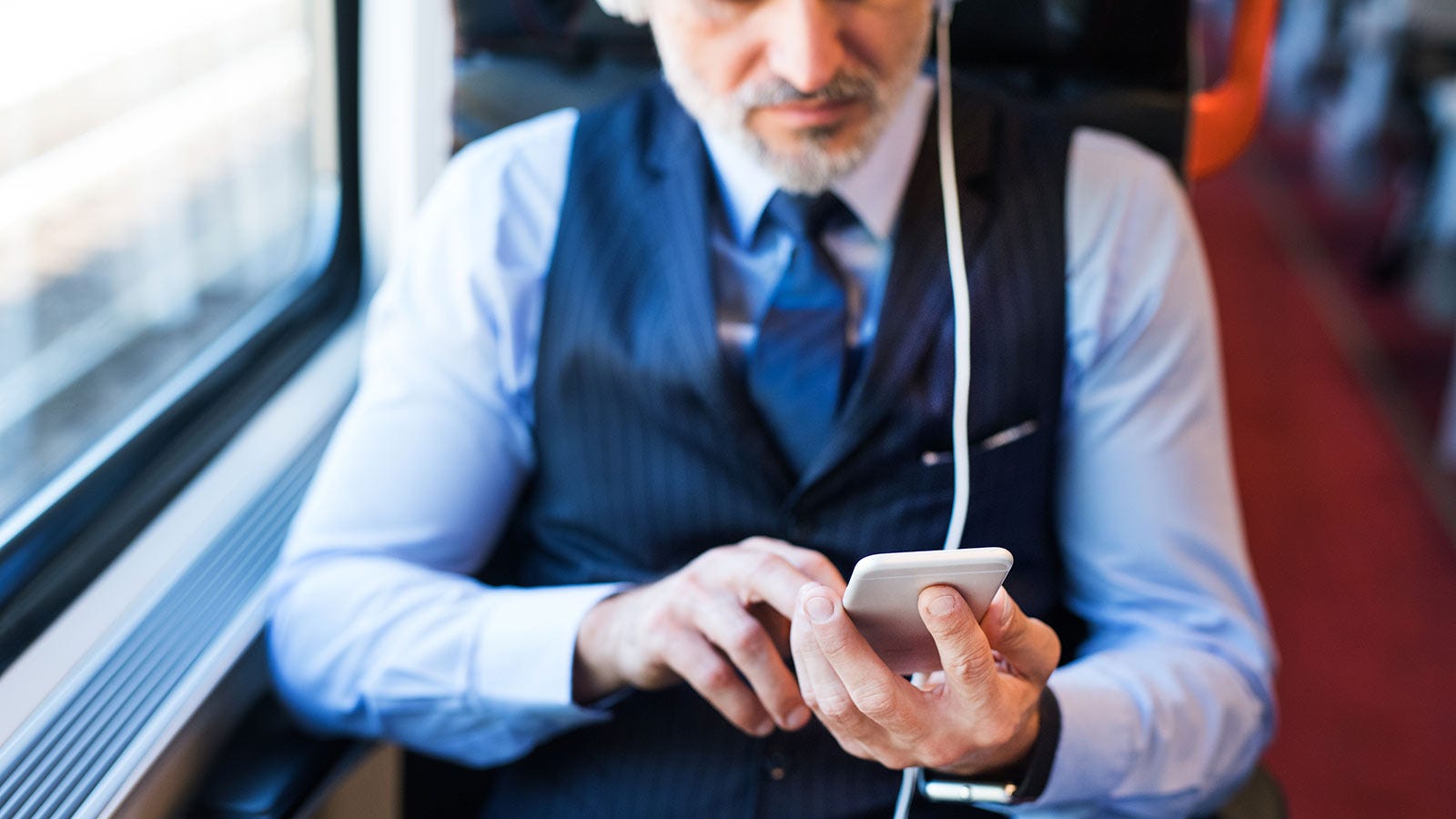