The holidays are known for being a time where people imbibe just a bit too much. From holiday parties to New Year’s Eve celebrations, there’s a lot of alcohol flowing, and you be seeking a way to reset post indulging.

Is Dry January actually beneficial and should you do it?

First, you might want to know what exactly Dry January is, and thankfully, it’s not at all complicated. The idea is to go completely alcohol-free for the entire month as a “reset” after the holidays. After all, it’s not exactly a secret that overindulging in alcohol isn’t great for your mental or physical health.

So what can you expect from participating?

We spoke with Dr. Stephanie Marcello, Ph.D., Chief Psychologist, Rutgers University Behavioral Health Care and New York City-based neuropsychologist Dr. Sanam Hafeez, Ph.D. about the mental and physical health benefits of going sober for the month and how to actually do it.

If you’re planning to participate in Dry January, here’s what you should know according to experts.

Who Should Try Dry January?

While most people can try going sober for a month, are there certain people it’s more suited to help? Marcello tells LifeSavvy that those with health issues, financial concerns, or those who think they might use alcohol as a way to cope are all good candidates for the month.

“Dry January can offer a reset for individuals,” says Marcello. “Research shows that there are benefits to physical and mental health and people’s overall well-being. People like structure, and Dry January creates this structure. It also creates a sense of community, since others are also participating.”

RELATEDHere's How to Prevent Alcohol from Interfering with Your Sleep

Those who deal with depression and anxiety are also good candidates for trying Dry January due to alcohol’s effect on the brain.

“The problem comes when depression and anxiety, even at the mild levels, begin to be alleviated momentarily with alcohol,” said Hafeez.

She explains that the cycle can become dangerous as alcohol is a depressant that affects the neurotransmitters in the brain. Drinking can temporarily boost serotonin—the chemical that gives us a joyful feeling—but over time, these effects will wear off and actually lower your serotonin levels causing worsening depression and potential overindulgence in alcohol.

What Are The Physical and Mental Benefits of Dry January?

For those who might be skeptical of going alcohol-free for a month, it turns out that there are real tangible benefits for both your mental and physical health.

An improvement in sleep quality is one major change says Hafeez. Alcohol inhibits REM sleep and affects your circadian rhythm according to the neuropsychologist. This means you lose the most restorative part of your sleep cycle which can affect your critical thinking skills and concentration the next day. Eliminating alcohol can restore your sleep cycle and help you get better rest overall.

According to studies, the month is long enough to make a difference in the chemical messengers in the blood associated with cancer progression. Cutting out alcohol can also help with weight—after all, there are a lot of calories and sugar in margaritas and beers, and all alcohol is caloric—lower blood pressure, and improve insulin resistance. Outside of the study, hough, Hafeez has seen anecdotal evidence of people reporting more energy, an improvement in their skin, and less heartburn.

As for the mental health benefits, Marcello says the month presents a unique opportunity for new, healthy habits.

“Creating positive reinforcements by improving engagement and enjoyment in nonalcohol-related activities can help shift cultural and social norms,” says Marcello. “This month can help people build confidence and develop other ways to cope in social situations that they might not be as comfortable with.”

Marcello also adds that participation can help some realize they are having trouble not using alcohol. In those cases, she recommends speaking with a professional for further evaluation.

Are There Any Negatives to Participating in Dry January?

While there are multiple health benefits, there can be downsides to participation, but these revolve mostly around those who could have alcohol use disorders or existing issues with alcohol consumption.

Hafeez and Marcello both explain that those who deal with alcoholism could harm themselves by attempting to go cold turkey. Those who are frequent drinkers or regular binge drinkers should speak with their physician before stopping alcohol altogether.

“If someone can’t last the week without alcohol and feels physical repercussions like nausea, headaches, night sweats, and tremors, or insomnia, consulting a doctor would be an essential next step,” says Hafeez.

How Can You Make Dry January Easier?

Grabbing a drink after a long day of work or heading out to a bar with friends are both fairly normal occurrences for a lot of people. For those whose social lives typically involve alcohol, Dry January can be particularly challenging, but there are steps you can take according to Marcello and Hafeez.

Marcello says to first check with your doctor if you’re concerned about physical repercussions such as withdrawals. As for your social life, she adds that it’s important to let your friends know your goals, and then, try to plan non-alcohol-related activities. Once your friends and loved ones are aware of your Dry January participation, they could be good resources for support. Dr. Hafeez says it’s even a good idea to see if your friends want to join you.

RELATED15 Refreshing Mocktails to Mix Up All Summer Long

Alongside the more social aspects of drinking, Dr. Hafeez has some practical everyday tips as well.

“If you are used to drinking wine, fill your glass with sparkling water with a ‘shot’ of fruit juice,” she says. “Ask for mocktails when you go out. Calculate all of the money you would have spent in January on alcohol and at the end of the month, when you have made it alcohol-free, reward yourself with a gift of that monetary value.”

Dr. Hafeez also says writing in a journal during the month is also a great way to track how you’re feeling.

“Write down the role that alcohol serves in your life,” she says. “Is it to be social, or is there something deeper behind it? If the answer is the latter, this might be something you want to explore deeper through an AA meeting or by speaking with a therapist.”

Ultimately, Dry January is a great way for casual drinkers or those who are questioning their relationship with the substance to reset and think about their habits. While some should check with their physicians before embarking on this journey, there actually are benefits to going sober for the month. From sleep to improved alertness, you might want to consider adopting Dry January as part of your new year’s health and wellness resolutions. 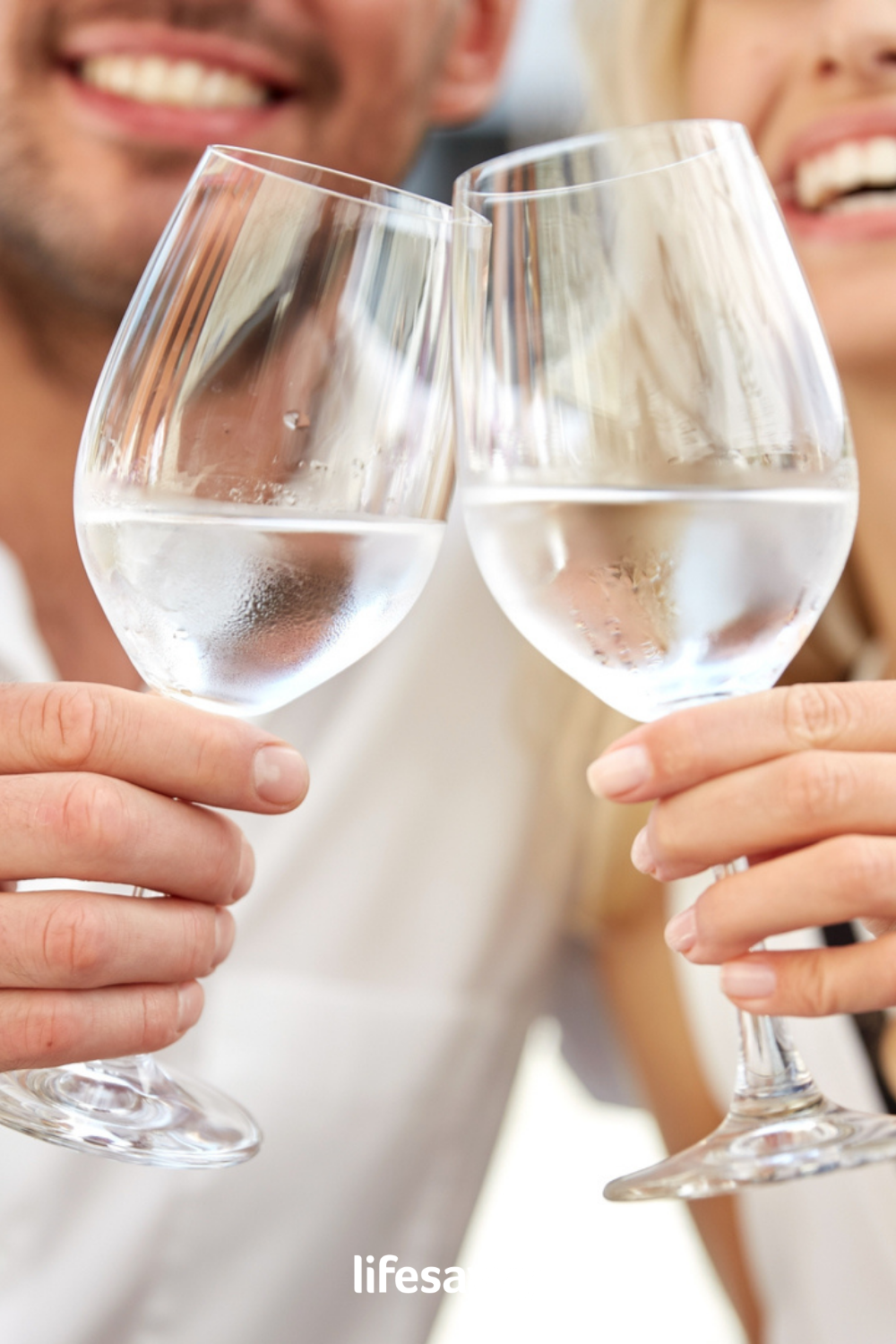