When you think of modern bathrooms, your mind likely conjures up images of crisp white tiles and glass shower doors. However, in 2022, that color palette is changing.

According to one designer, green is the new trend for bathrooms.

Rikki Fothergill, a designer at Big Bathroom Shop, says that the shade will make its way from other rooms into the bathroom.

“Green really can refresh a space whilst encouraging positive wellbeing and a sense of happiness,” said Fothergill. “Something we will all want when starting the new year. Whether you paint the walls in pastels or put up a new sage splashback, get creative with this versatile color.”

The shift to green can also be combined with another of her predictions for 2022 bathroom trends: wallpaper. The designer says vinyl wallpaper—which is resistant to moisture and humidity—is a great choice, and you’re able to work in everything from bold patterns in larger spaces to accent walls in smaller bathrooms. Yes, this means you can work in pops of green via your wallpaper.

The move toward green tones in bathrooms shouldn’t come as too large of a shock. While the space has been dominated by neutrals for a few years now, green has already been a trendsetter in converting another neutral space: the kitchen.

Green cabinetry is being swapped out for traditional white as a way to add pops of color to the space, and while the trend was first predicted at the beginning of 2021, it continued throughout the year, and now, will be moving into bathrooms for 2022.

If you’re planning a major bathroom overhaul, this upgrade might be the way to go in order to increase resale value. 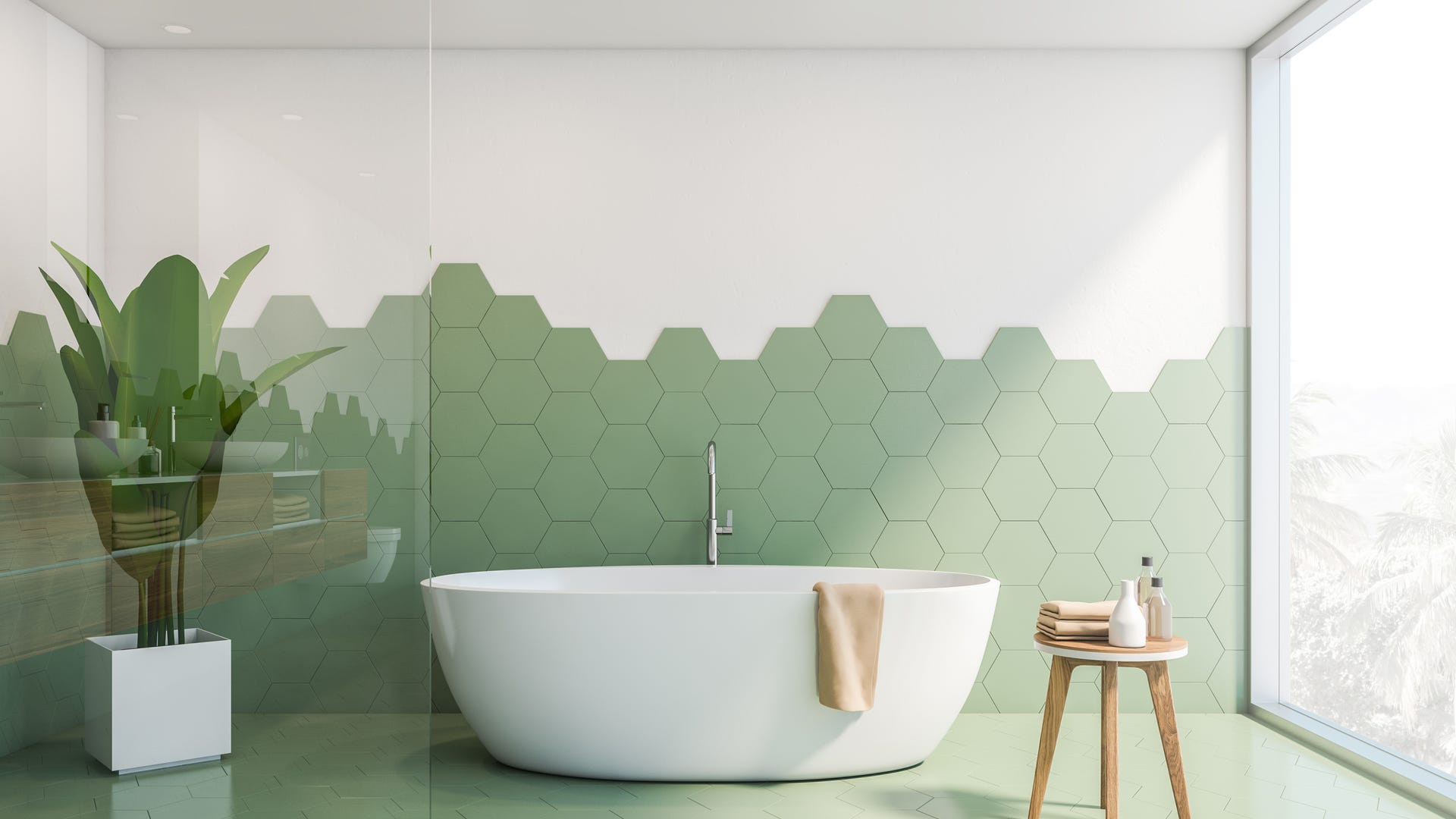 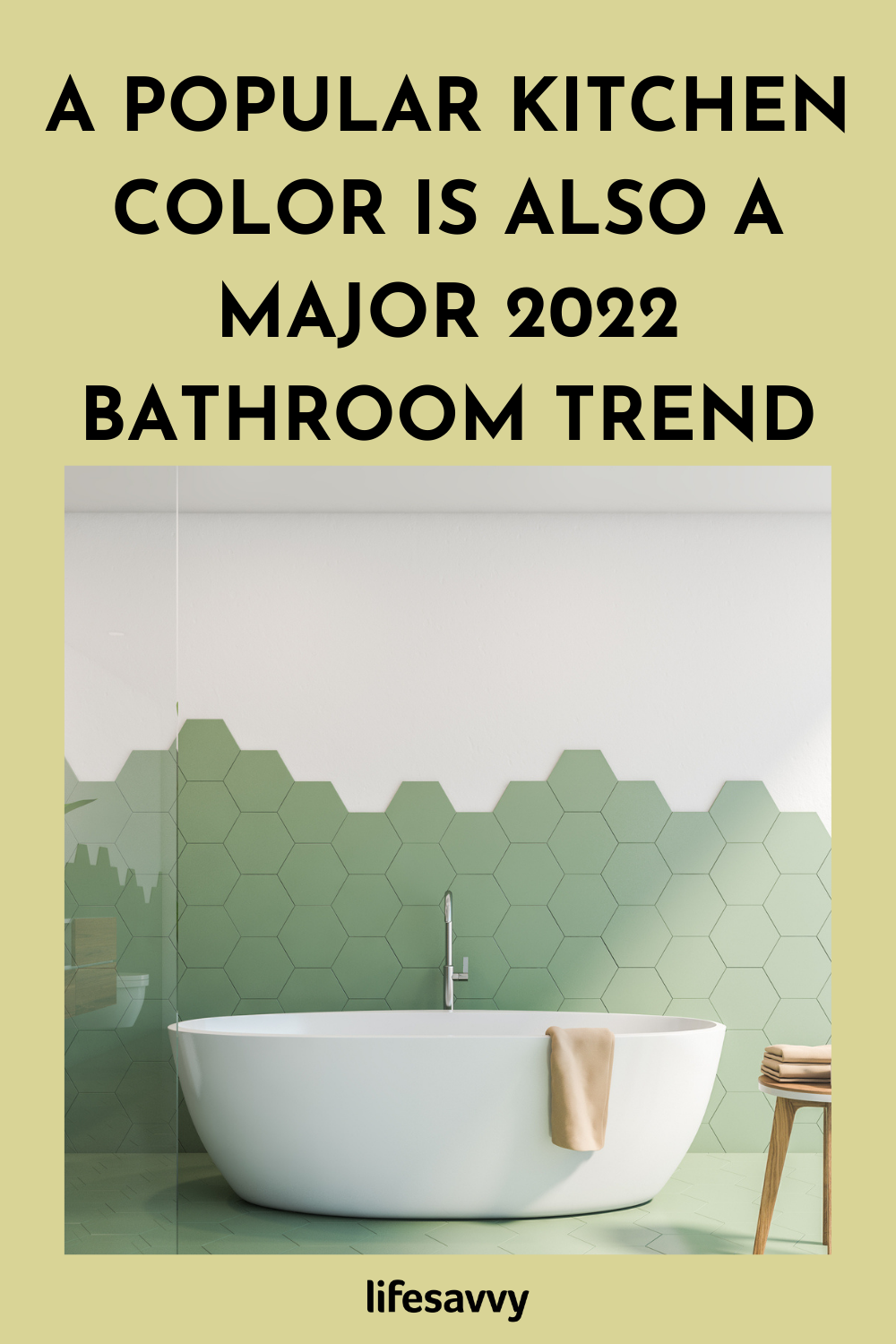