A new year is here, and that means there’s a new full moon coming.

You can grab a few blankets, a jacket, and a thermos of your favorite hot beverage, and head out on Jan. 17 to see the Full Wolf Moon.

The moon’s peak is early this cycle coming at 6:51 p.m. ET, and it’ll rise in the northeast. Of course, visibility will depend on your local weather, and for the exact time of the moonrise in your area, you can check the Old Farmer’s Almanac moonrise calculator.

RELATED7 Fresh Ways to Get Outside This Winter

As for why it’s dubbed the Wolf Moon, the term—like other monthly full moons—comes from Native American traditions. During winters, wolves can be heard howling most often during January, and that’s where the name originated. It’s also called the Center Moon by the Assiniboine people as a way to mark the middle of winter, and other native peoples also have winter-associated names for the event like the Frost Exploding Moon from the Cree and the Hard Moon from the Dakota.

If you’re looking for an excuse to light up the firepit and head outside this month, the Full Wolf Moon might be the occasion. 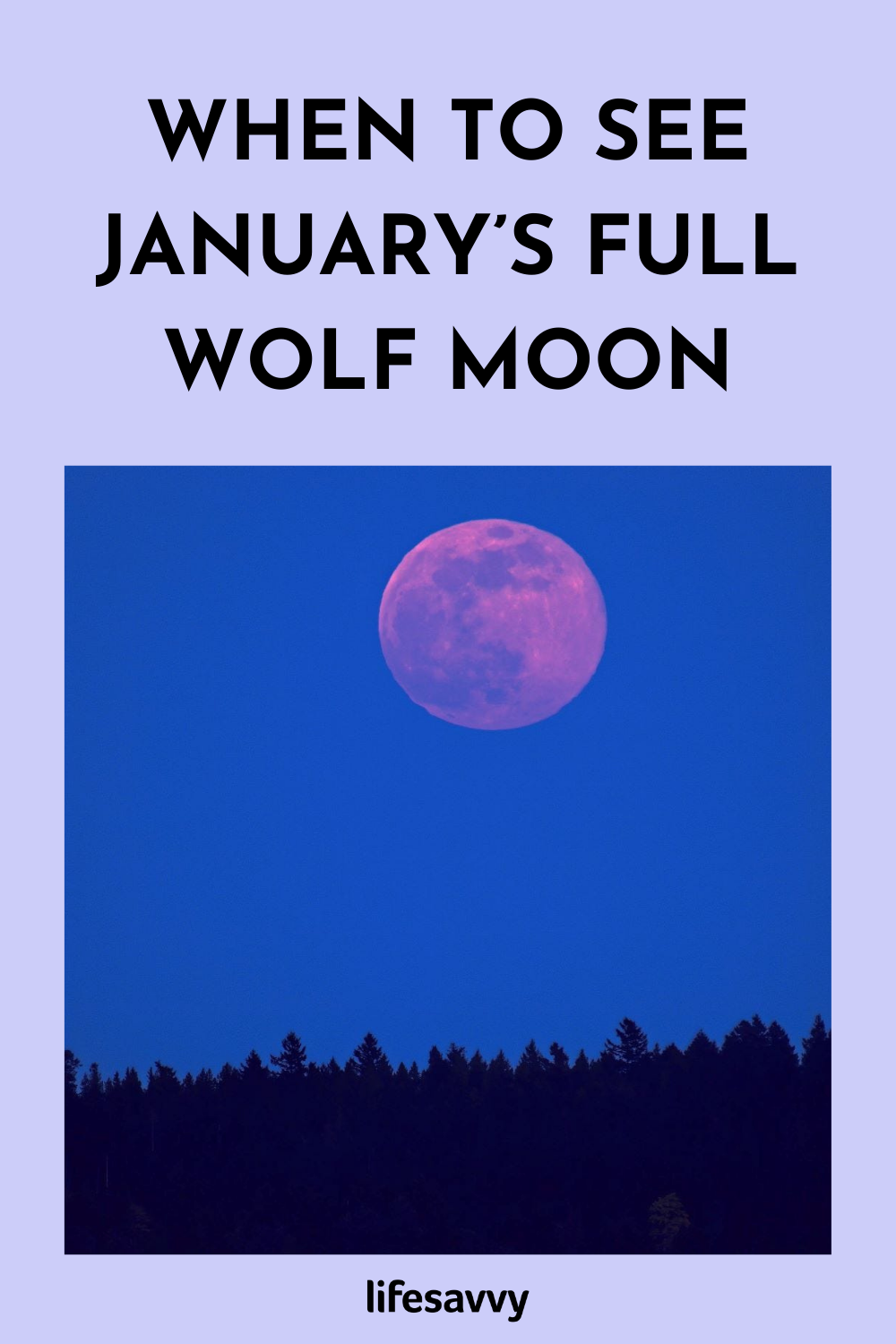