If you’re a dessert enthusiast, you’ve probably heard of the well-known bakery Baked by Melissa. The founder is now going viral on TikTok.

Baked by Melissa founder, Melissa Ben-Ishay might be known for her confections, but its her salad recipes that are going viral.

The bakery founder, of course, uploads videos of her sweet treats to TikTok, but thanks to just how delicious her salads look, they’re getting over a million views. One of her most popular creations features shredded kale, shredded Brussels sprouts, and onion. Then, she creates a salad dressing using olive oil, two shallots, and three cloves of garlic sauteed together with oregano, lemon juice, salt, pepper, dijon mustard, and nutritional yeast. Finally, top the salad with pumpkin seeds. As for Ben-Ishay, she recommends eating it over bulgur.

While that particular salad has a cool three million views, it’s far from her only million-view upload. Another option is a blend of chopped cucumber, red onion, tomato, and kalamata olives tossed together in olive oil, lemon juice, and salt. According to Ben-Ishay, the recipe is courtesy of her mother-in-law, and she eats it over chips.

For those looking to eat a bit healthier in the new year, Ben-Ishay’s TikTok salads might just be the place to go for salad inspiration. Want more ways to eat veggies in the new year? Check out these tips. 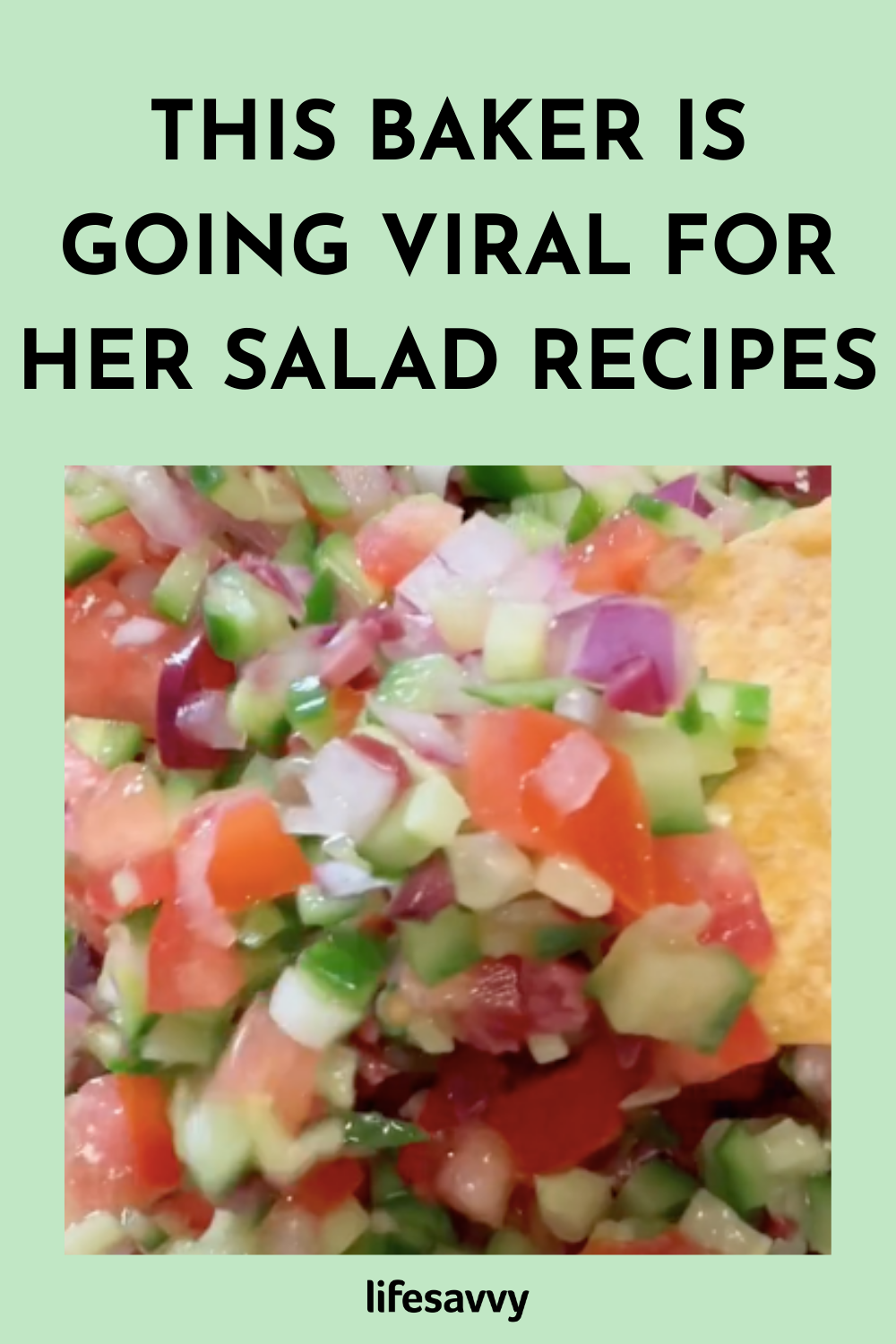