There is no shortage of IKEA hacks on the internet. However, one of the latest to go viral might be the most impressive yet.

The creator’s video has racked up an impressive 4.3 million views on the platform, and it’s easy to see why. She and her partner begin the DIY project with a plain white Kallax unit (you know, the ones with the square compartments). First, she got wood that would act as the doors cut to size at Home Depot and sanded it down at home. Then, using leftover trim she had on hand, she cut the pieces at a 45-degree angle and glued them to the doors in order to create a geometric pattern.

As the trim was setting on the doors, she painted the Kallax unit with a primer and then in a pewter green shade. Once painted, she moved back to the doors adding oversized golden pulls to the front, and placed legs on the bottom of the newly-created credenza. As the final step, she placed plywood on the back to close in the piece, and she had a beautiful piece that looks like it was purchased in a high-end store.

While the creator’s credenza is one of her most viewed DIYs (and incredibly impressive), it’s not her only one. She has also showcased how to create a DIY feature wall and how to create large-scale wall art using a shower curtain.

Not looking to make a credenza? Check out how to make a bed from the shelving units, and if you want a piece a bit smaller, learn how you can make a planter from IKEA bowls. 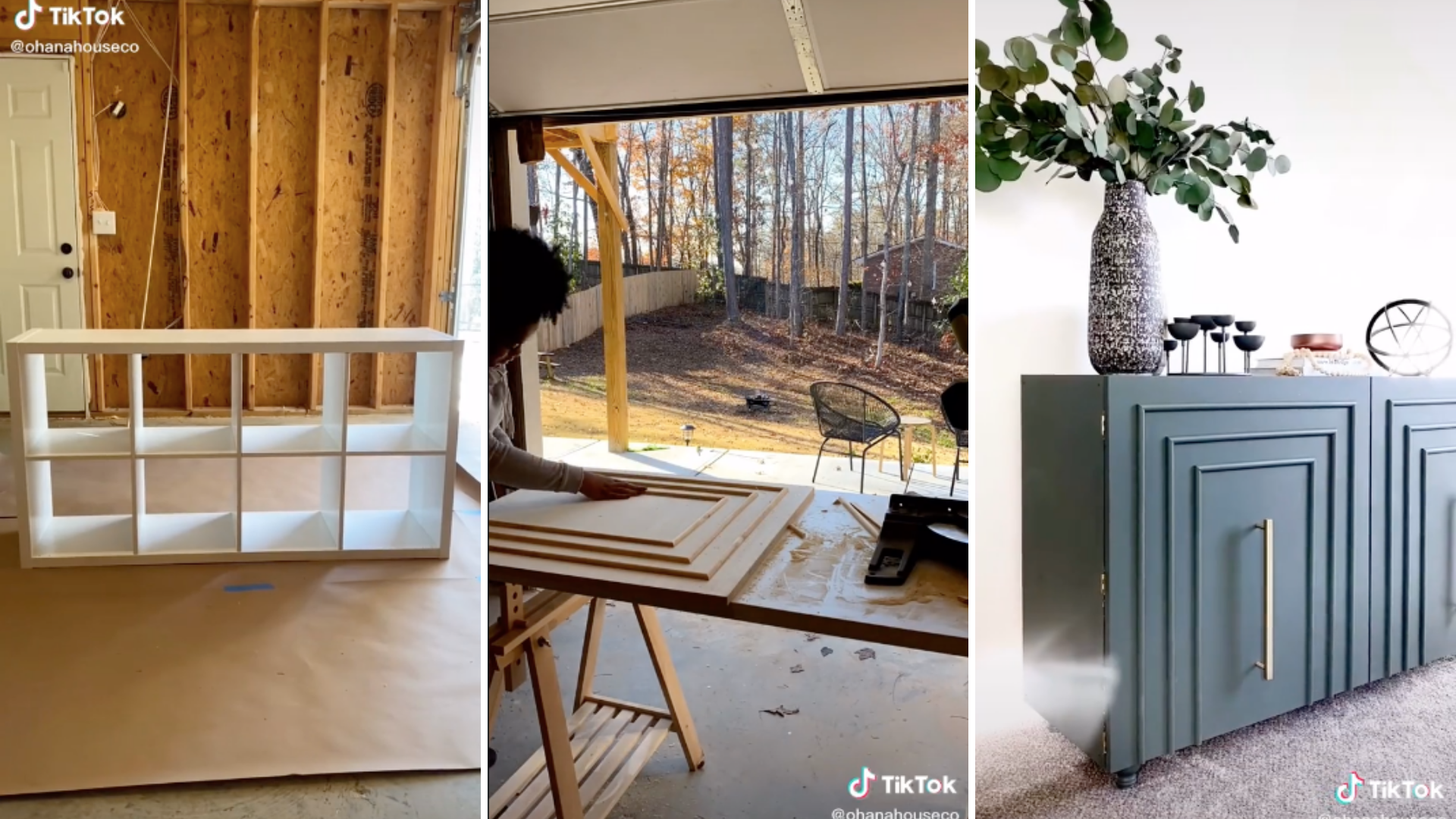 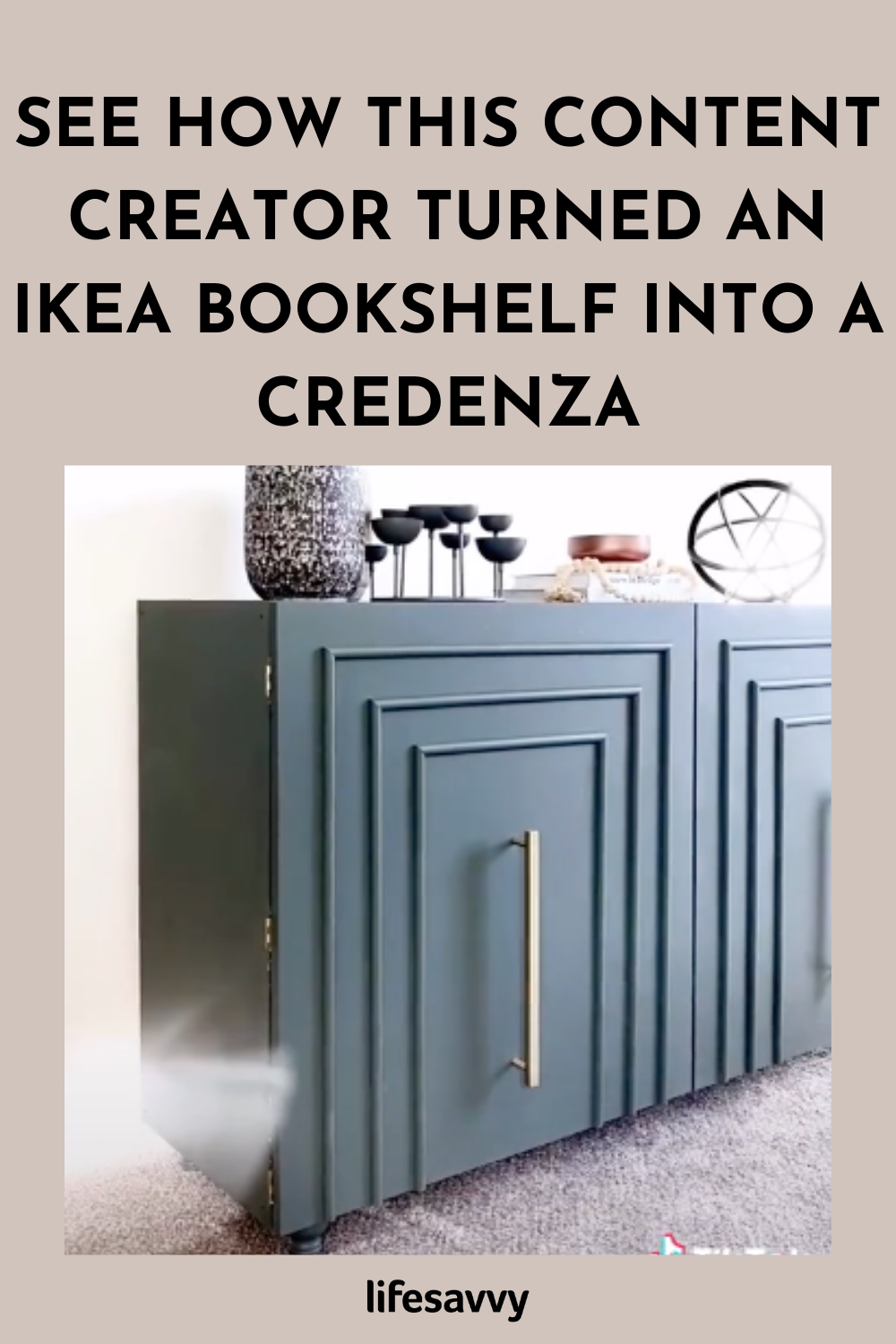