Not all of us can be chefs. Some of us look on with envy at those who seamlessly chop veggies, but there’s a new TikTok hack that could help.

In the video, he uses a cucumber as an example vegetable. He begins by creating a flat side on half of the cucumber so that it’s no longer prone to rolling. Then, he repeats the same step, creating flat edges around the rest of the vegetable. He cuts the vegetable in half down the center, flips it over, and repeats the step. Finally, curling his fingers under to avoid cuts, he chops horizontally creating near-perfect diced cubes.

While the creator’s chopping method is clever, it’s not the first veggie prep that’s gone viral on the platform.

Creator @morielbethobertanner made massive waves when she showcased how you can use a cheese grater to shed herbs. Of course, there are also the hacks that showcase how to care for veggies and produce after they’re chopped. There are hacks for keeping a cut avocado fresh and ways to ensure chopped lettuce stays good in the fridge.

The next time you’ve got a meatless Monday on the menu, TikTok might be the place to turn for prep help. 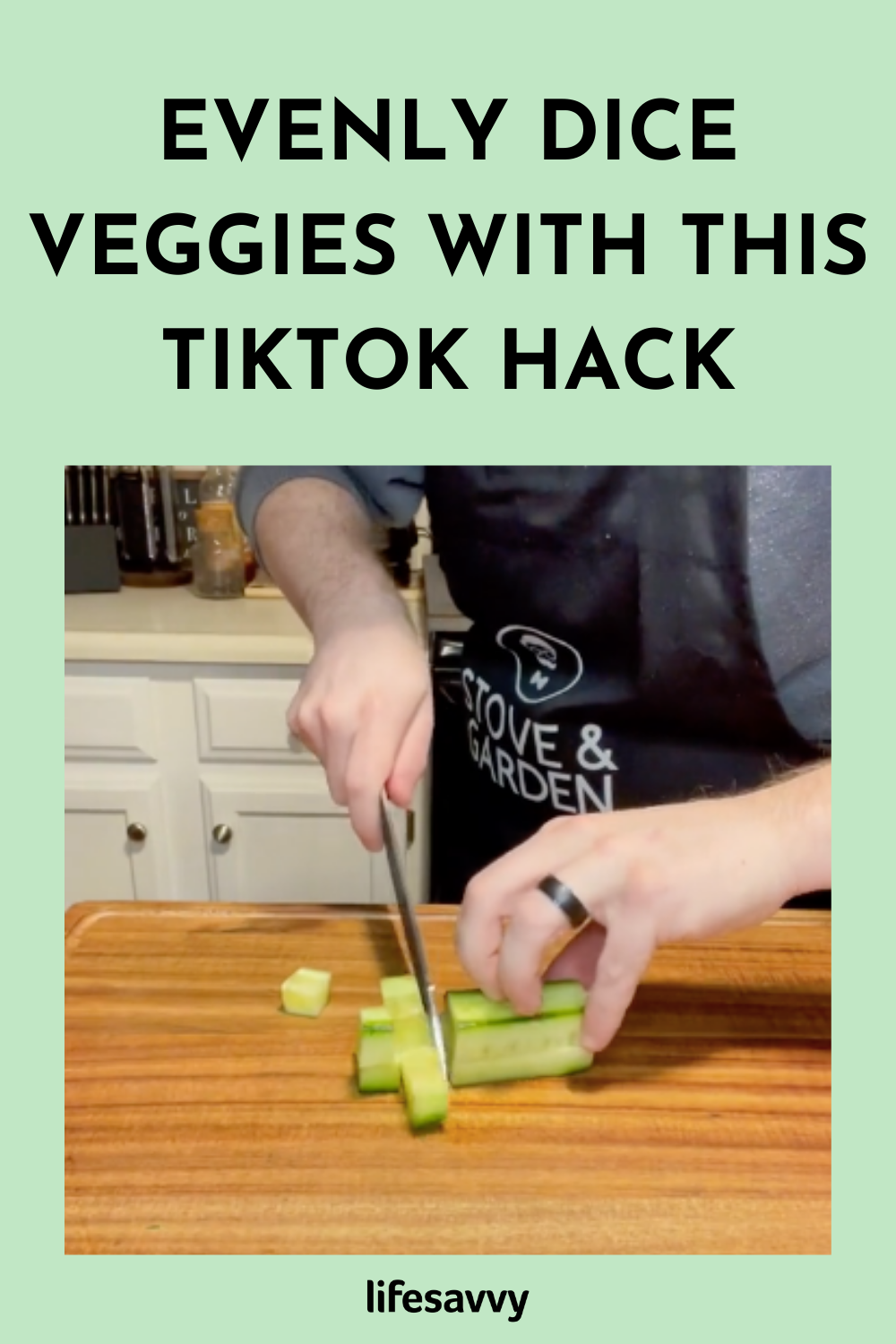