Halloween might seem like a uniquely American holiday. However, Halloween’s roots actually come from the traditions of the Celts in Europe thousands of years ago. And today, the holiday—or versions of it—is celebrated in many countries around the world.

Of course, many countries and cultures also have their own holidays and festivals to celebrate the autumnal season. However, Halloween has spread far from its original roots and now takes place in lots of places, where it often gets combined with local traditions to create a unique celebration. How does Halloween look in the other countries that celebrate it? Let’s take a look at what the world is doing on October 31st each year.

Ireland, with its Celtic history, is pretty much the birthplace of Halloween. And in modern Ireland and Scotland, the Halloween tradition is still going strong. Halloween games and bonfires are part of the celebration there, but the most interesting tradition might be the barmbrack bread. This pastry is baked with hidden items inside, like rings and coins. According to superstition, the item you find in your slice of barmbrack will tell you what your future holds.

In certain parts of the U.S., Halloween Eve is called Mischief Night. But this term comes from Britain originally, though it only became connected with Halloween once the tradition came to the U.S.

Traditionally, Germans honor the deceased on All Saints Day by putting lamps and candles on the graves of relatives who’ve passed away, and by decorating the graves with wreaths made of fir boughs and pinecones. Similar All Saints Day celebrations also exist in other parts of Europe.

The Halloween-like celebration of the Phillippines is called Pangangaluluwâ. This holiday syncs many traditions from a wide variety of cultural influences. However, U.S. Halloween traditions like costumed parades and trick-or-treating are also becoming more popular in the Philippines.

Traditionally, Filipino children spend Pangangaluluwâ singing at stranger’s doors to get treats, like a combination of trick-or-treating and Christmas caroling. Interestingly, Christmas decorations also characterize this holiday, since Filipinos start celebrating Christmas as early as September. Playing pranks on your family members is another way to celebrate Pangangaluluwâ—you might steal something small and hide it around the house to make it look like a ghost did it.

In Japan, Halloween is celebrated each year with thousands of costumed participants in the Kawasaki Halloween Parade near Tokyo. However, it’s more than just a parade—it’s a massive costume contest. And not just anyone can join: entry requires an application and an entry fee.

Some Austrians celebrate the Halloween season with a whole festival dedicated to pumpkins. This festival spans a few days at the end of October and takes place in certain parts of Lower Austria. Although the festival didn’t initially have a link to Halloween, the combination of pumpkins and late October definitely brings a similar vibe. There’s also a Halloween parade attached to the festival now, and you’re likely to see some jack-o’-lanterns carved into the region’s famous pumpkins on display. 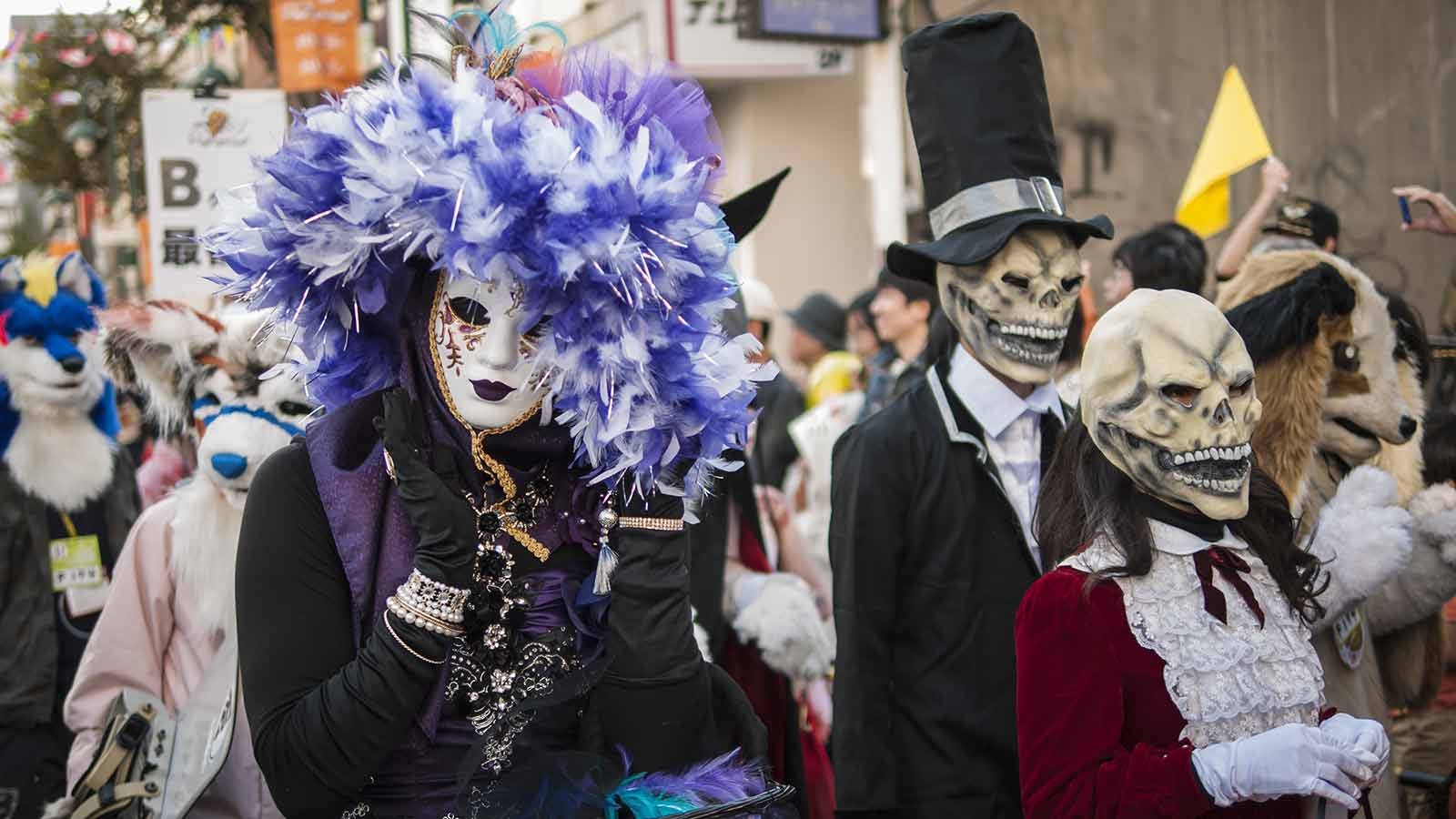