TikTok is full of delicious recipes. Most of the time, though, they’re not exactly nutritious. That’s not the case for the latest viral food sensation.

Baked By Melissa’s green goddess salad has gone viral and even has celebrities like Lizzo recreating it.

The content creator, whose name is Melissa Ben-Ishay, is owner of the bakery franchise Baked by Melissa. This isn’t her first time going viral. Her salads have been getting hundreds of thousands of views on TikTok despite her being most well-known for baked goods. It’s the green goddess recipe in particular that has people drooling.

In her video—which has garnered a cool 19.2 million views—Ben-Ishay begins by chopping cabbage, cucumber, chives, and green then combining it all in a large bowl. Next, she moves on to the dressing adding basil, spinach, garlic, a shallot, lemon juice, olive oil, cashews, nutritional yeast, salt, and rice vinegar. She blends it all together until it’s a creamy, bright green. She pours it over the veggies in the bowl, mixes everything together, and voilá!

If you want to make the salad yourself, you can find all the details—including the measurements—on her website. While the green goddess might be Ben-Ishay’s big hit, it’s far from her only one. In fact, we just shared a few of her other recipes that have gained popularity online.

If you’ve been in the market for a new healthy lunch or want to do a meatless Monday, this baker’s salad might be the way to go. 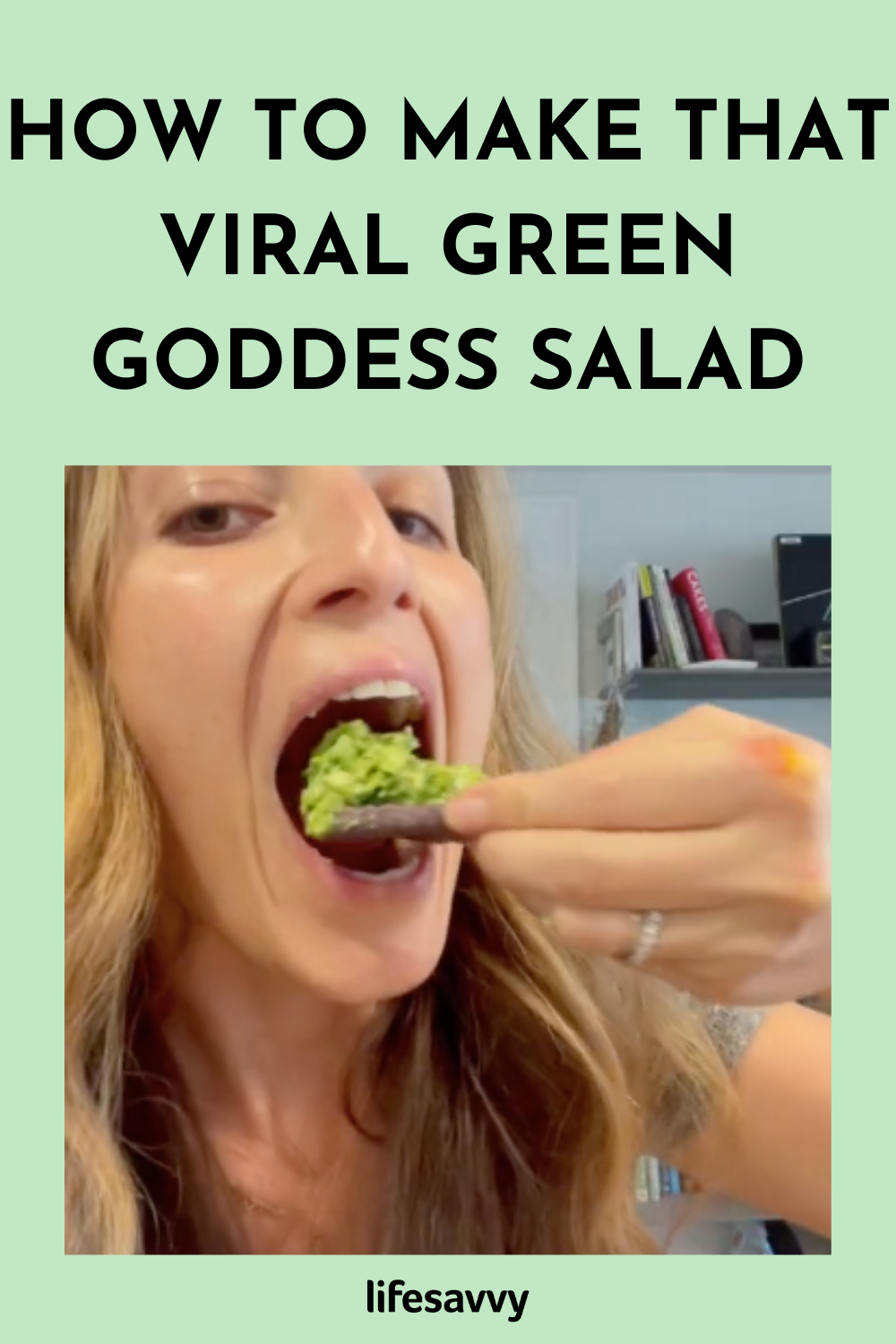