You’ve got a head of cauliflower and need to chop it up before dinner, but it’s such a chore. Hold on before you grab that knife.

Courtesy of Rachel Gurk from Rachel Cooks, here’s a clever cooking hack that lets you “chop” cauliflower without ever picking up a knife.

Leaving the cauliflower in its plastic wrap, she begins slamming it down on a countertop, stem side down. After a few moments of smashing, she cuts the plastic wrappings away, and the stem has disconnected from the produce. As the wrappings loosen further, viewers can see that the cauliflower has broken apart, and all Rachel has to do is pull out the stems and use her hands to separate any larger pieces.

Once fully separated, she pops the cauliflower into a colander, rinses it, and that’s it. No knives and chopping are required.

Did you guys know this trick?!? It’s made me like cauliflower 10x more. 🤣

Gurk’s “chopping” hack isn’t the only veggie prep video to go viral lately. Recently, content creator @stoveandgarden captured the internet’s attention with his method for perfectly dicing vegetables. With his chopping method, you can get near-perfectly diced square every time.

The next time you’ve got to make cauliflower or diced a veggie for a meatless Monday, TikTok’s food prep hacks might have the food prep secrets you need. 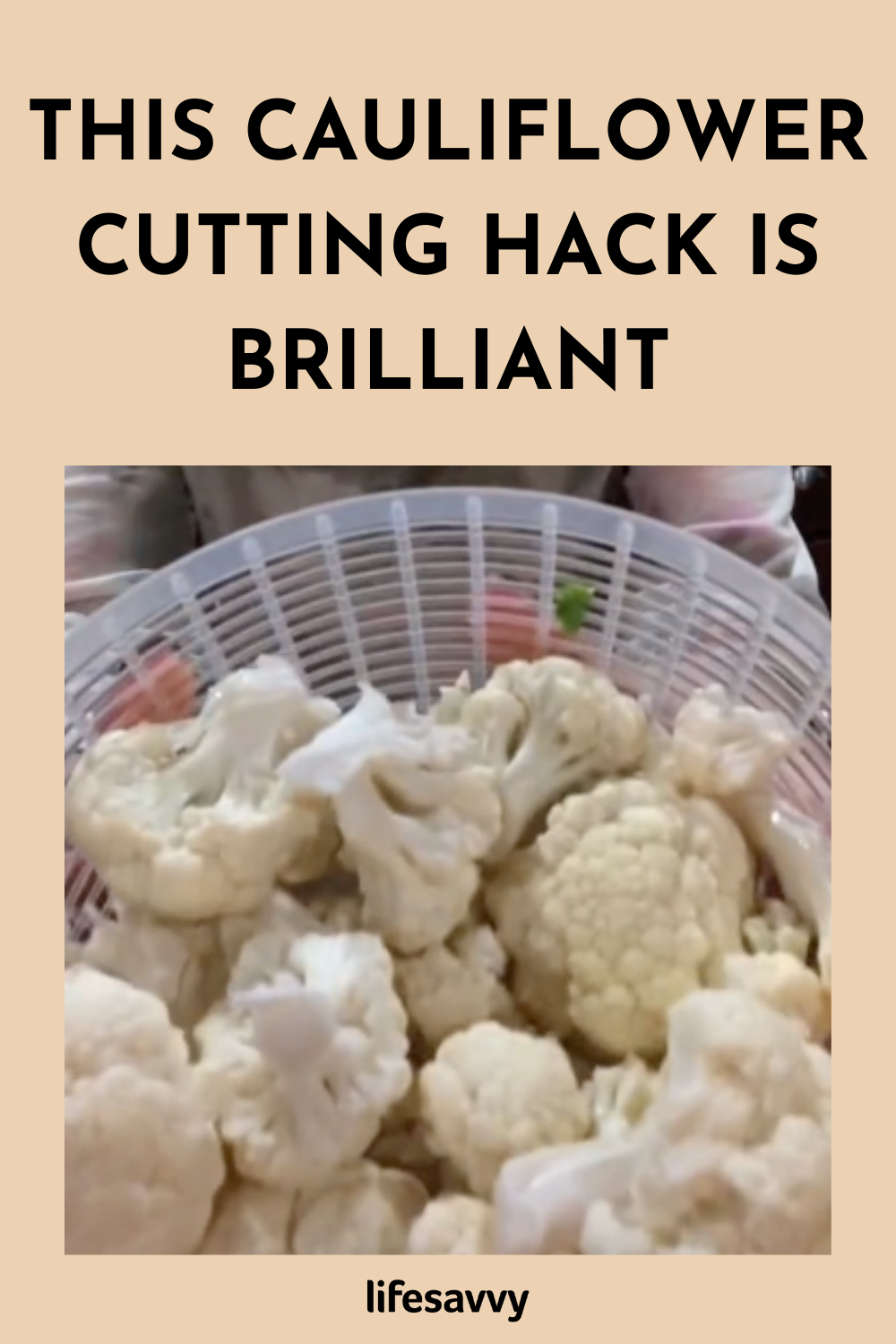