Dumping grease from bacon and burgers down the drain might seem harmless. Sooner or later, though, that grease will completely stop up your drain. Here’s what to do instead.

Grease Does a Number on Your Drains

When you’re done cooking an especially greasy hamburger, it’s tempting to dump the liquid down the drain. However, if you let that grease sit in the pan long enough to cool, you see that it solidifies again. It’ll do that in your drain, too, clogging it up in the process.

Grease in your pipes collects other gunk that flows through, like food debris. This collection of food and grease builds up and makes your sink drain slowly (or not at all). While you can use some drain cleaner, a bad clog might require a drain snake or a plumber.

Even if you run the water scalding hot to flush it all away, some will still linger somewhere in your plumbing and, worse yet, it causes problems for the whole neighborhood. Hot water can keep the grease solid for only so long and eventually it cools.

Bottom line: There’s no good reason to pour grease down the drain.

What to Do with Your Cooking Grease Instead

Here are three options for cleaning meat grease and cooking oils from your pans.

Pour It into a Jar

Both grease that solidifies and cooking grease that doesn’t can go into a jar and saved until the jar is full. Use separate jars for each type of oil. You can reuse them both (keep them in the fridge) to grease pans or to use in your fryer. If you don’t want to reuse them, just toss the jar when it’s full.

Be careful when pouring hot grease. Don’t burn yourself.

Let It Solidify and Scrape It into the Trash

For grease left over from cooking greasy meats, let the pan cool. When the grease has cooled, it will be solid, and you can scrape it right into the trash can.

If you’d prefer not to scrape and deep clean the pan, do this instead: Push a piece of foil down into a bowl, pour the grease in, and then wait for it to cool and throw the foil and grease away.

Wipe It Out with Paper Towels

You can wipe both cooking grease and solid grease out of the pan with paper towels after the pan has cooled. This technique makes more waste, but it also saves you from having to call the plumber about your clogged pipes. 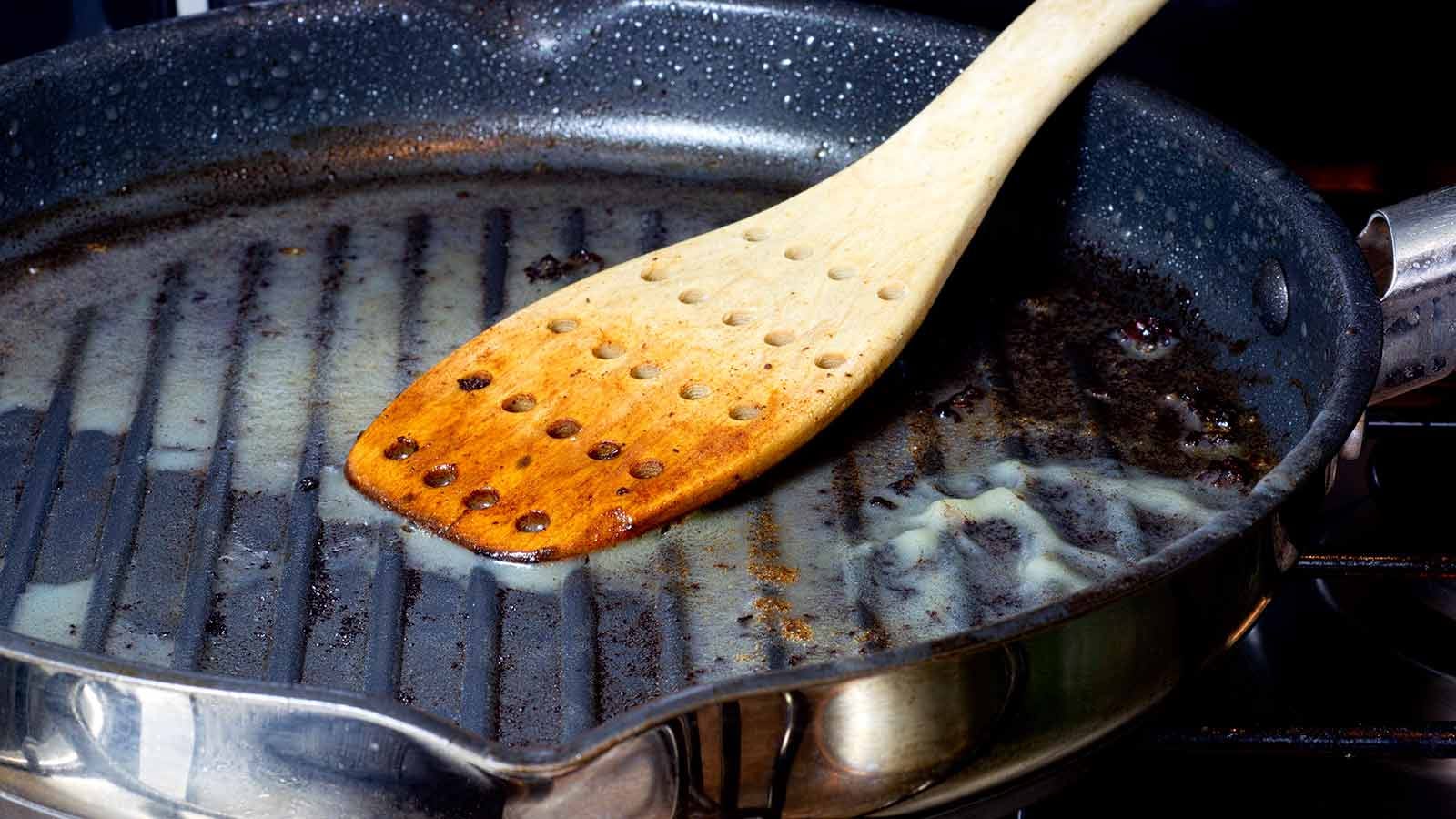