Surprise! Starbucks is known for its coffee. Obviously, that’s not much of a surprise, but the fact that the coffee brand just launched an energy drink might be.

Starbucks’ BAYA energy drinks launched this week, and it marks the brand’s first foray with PepsiCo created through their North American Coffee Partnership.

The partnership is a team-up between the two brands and is meant to combine Starbucks’ products with Pepsico’s distribution capabilities and bring cold, ready-to-drink beverages to grocery stores and other retailers. The BAYA energy drinks are one of the first launches, and they’re available now in three different flavors: Mango Guava, Raspberry Lime, and Pineapple Passionfruit.

Unlike the brand’s more coffee-forward drinks (which also got an expansion under the partnership), BAYA features antioxidant vitamin C and is made with the caffeine found in coffee fruit. They pack a punch, too, with 160mg per 12-ounce can.

While the drinks are available in grocery stores and convenience stores now, you’ll be able to pick one up at your local Starbucks beginning March 1 for a suggested price of $2.89.

While a great cup of coffee is always a good way to start your morning, if you want to try a different perk-me-up, BAYA might be the answer. 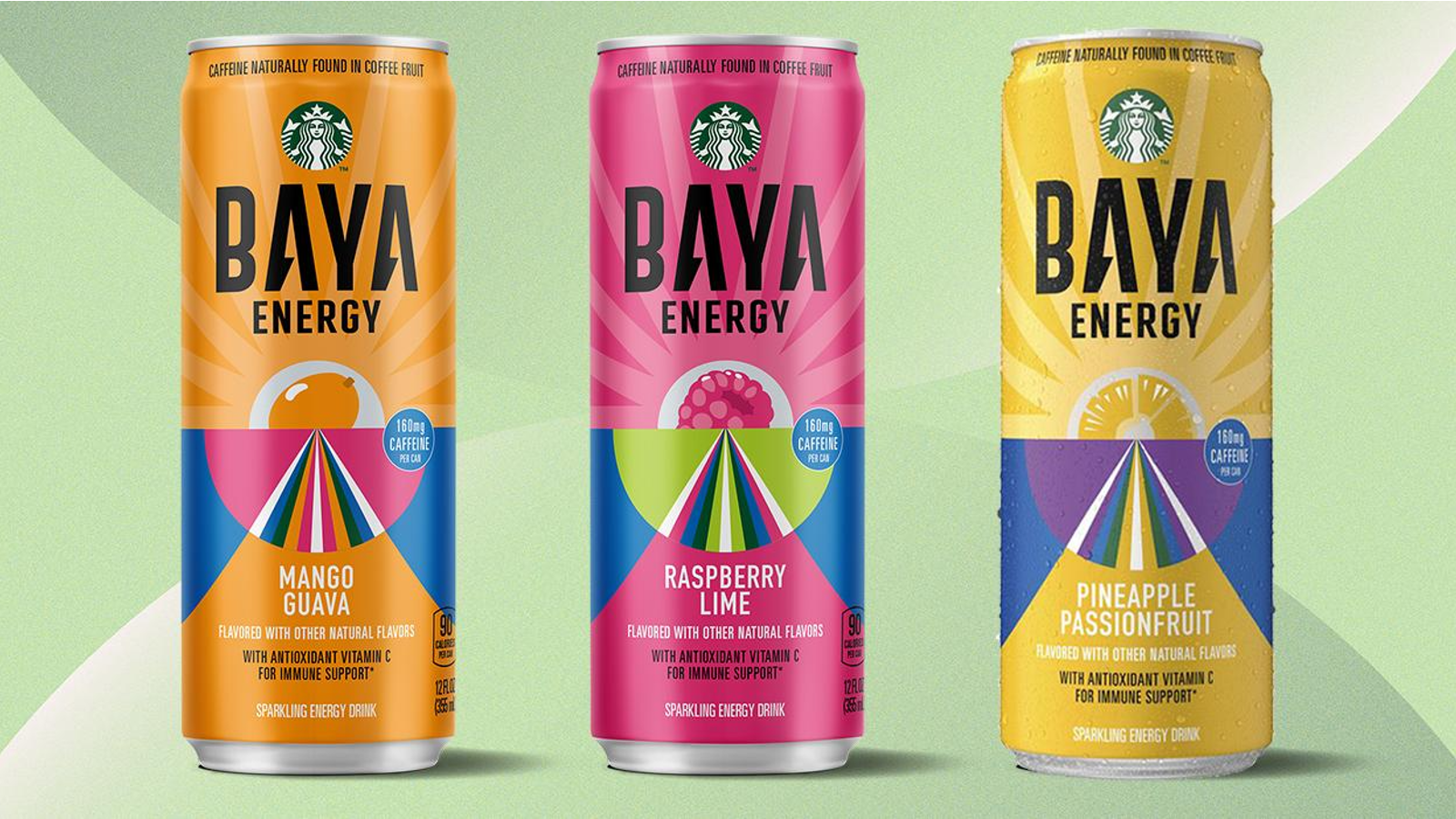 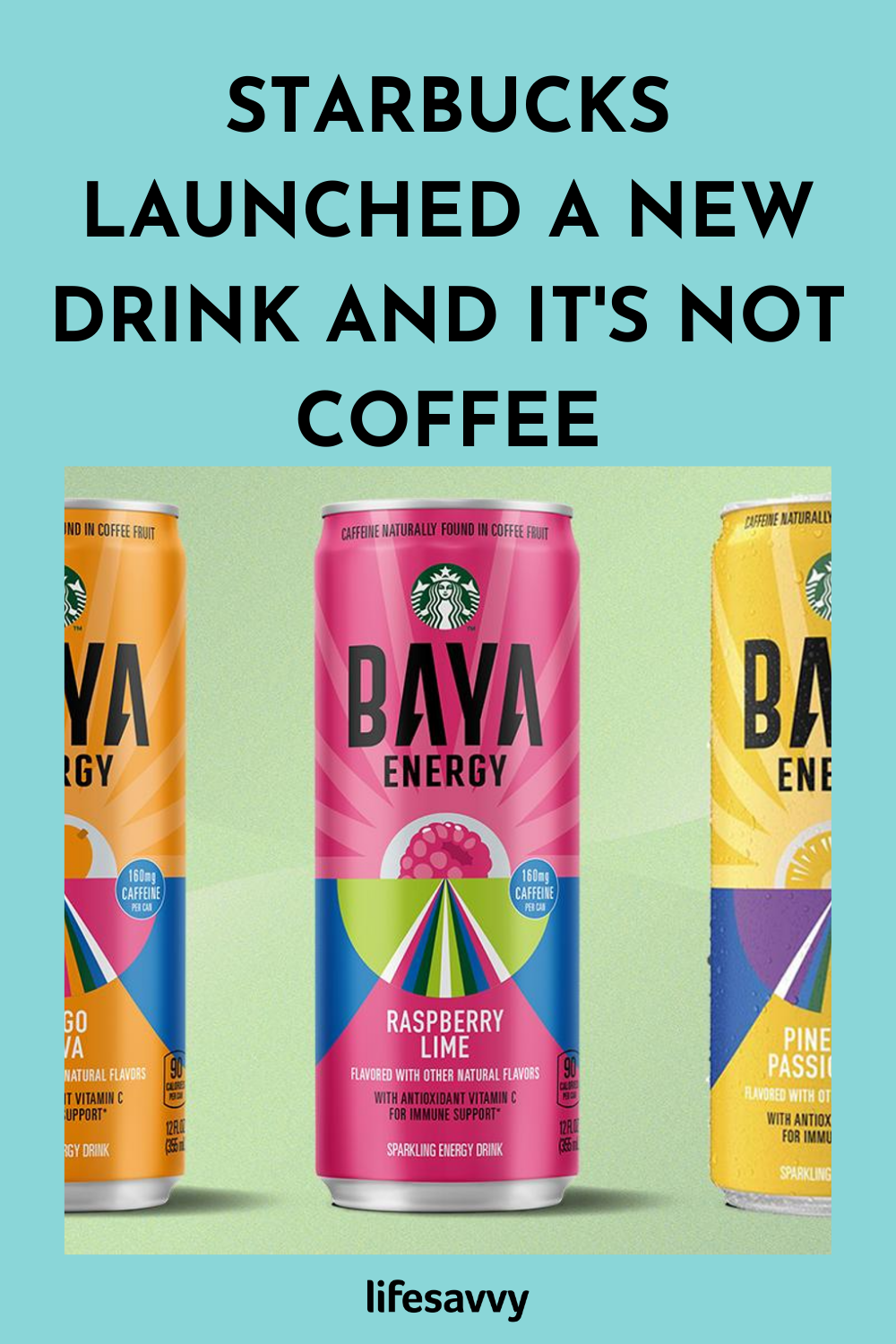