If you live in the U.S. (and a growing number of other countries), October doesn’t feel complete without pumpkin carving, costumes, and Halloween candy. But these traditions we take for granted now all have deep roots, which might surprise you.

You can trace many of today’s most popular holidays back to cultural and religious festivals from thousands of years ago—and Halloween is no exception. However, other influences have also filtered in to make Halloween what it is today.

Where did these October traditions come from? Let’s take a look back in time at the Halloween history you never knew.

Many Halloween traditions have roots in Samhain, the pagan religious festival of the ancient Celts. Every Samhain, the Celts believed the divide between our world and the spirit world weakened, and on this one night each year, spirits walked the Earth.

Trick-or-treating is just one tradition that comes from this ancient holiday. At first, food was left out to appease dangerous spirits during Samhain. But as this tradition passed through the centuries, people started to perform tricks or favors in exchange for food and drinks, instead.

By the Middle Ages, the tradition involved poor people knocking at the doors of the wealthy for “soul cakes” in exchange for praying for the souls of the wealthy’s dead family members. In Ireland and Scotland, this tradition was adopted by children and nicknamed “guising,” since they wore costumes or “disguises” when they knocked on doors for treats. The children would also perform a “trick,” like a song or joke, to get a treat.

Eventually, European immigrants brought a modern version of this practice to the U.S. By then, many people also celebrated Mischief Night, which involved causing trouble the night before Halloween. To shift the focus away from these pranks, communities encouraged trick-or-treating as a peaceful alternative and gave us the tradition we practice now.

Halloween costumes are another tradition that started with Samhain. Since spirits were thought to roam the Earth during this time, festival-goers wore costumes made of animal skins so the evil spirits wouldn’t recognize them. If the costume was scary enough, the Celts believed the spirits would mistake them for another spirit and leave them alone.

Later, this tradition seems to have turned into “guising,” which was the earlier version of trick-or-treating. European immigrants to the U.S. brought the tradition with them, where it was encouraged as a positive activity for children.

By then, the idea of singing or praying in exchange for treats had become less popular, and the night became all about costumes and candy.

How did mass-produced candy become such an integral part of Halloween? Perhaps unsurprisingly, the answer has to do with big business.

Sugar rationing during World War II made candy a scarcity, even on Halloween. When the rations ended, candy brands were poised to exploit trick-or-treating as the moneymaker they knew it could be.

Trick-or-treating fit in perfectly with the organized wholesomeness of 1950s suburbia. Candy companies pushed that idea, along with their sanitary, affordable, individually-wrapped products, until they became Halloween mainstays.

Jack-o’-lanterns decorate porches across the U.S. every October. This tradition is hundreds of years old and has roots in an Irish myth about a man called Stingy Jack.

He invited the Devil for a drink and tried to get out of paying by convincing the Devil to turn into a coin for the purchase. Jack kept the Devil in coin form in his pocket next to a silver cross, to prevent him from returning to his true form.

Eventually, Jack decided to free the Devil on one condition: The Devil couldn’t take his soul when he died. He then tricked the Devil again and trapped him in a tree by carving a cross in the bark.

When Jack died, God couldn’t let him into heaven, but the Devil couldn’t take his soul, either, because of their deal. Jack’s soul was banished to Earth with a single burning coal for light, which he kept in a hollow turnip.

In Ireland, Scotland, and England, people carved faces into turnips, potatoes, and beets, and put them near the entrances to their homes to celebrate this legend. According to superstition, the carvings would ward off wandering spirits, like Jack’s. When immigrants brought this tradition to the U.S., they adopted pumpkins for the carvings.

Although the original folklore was mostly forgotten, the pumpkin-carving tradition caught on and spread across the country.

We can thank the ancient Celts and Samhain for the season’s bonfires and parties, too.

The Celtic new year started Nov. 1, so Samhain was more than just a spooky time for spirits—it was also New Year’s Eve. As this also marked the end of the harvest season, there was usually plenty of bounty (and alcohol) for feasting. The Samhain party was mandatory—if you didn’t show up, the Celts believed the Gods would punish you.

Bonfires were also an important part of the celebration. Animals and crops were sacrificed in the fire to keep the deities happy. Families also used the flames from the bonfires to relight their hearths in preparation for the coming cold.

As we mentioned above, when these traditions reached the U.S., the holiday was geared more toward children to reduce Mischief Night pranks. However, adult Halloween celebrations are once again very popular, just as they were thousands of years ago during Samhain.

One of Halloween’s weirder traditions is using your face to get an apple out of a tub of water.

The origin of this ritual isn’t clear. Some think it comes from a Roman tradition honoring Pomona, the Goddess of trees and fruit, who was represented by the apple. After the Romans conquered Celtic lands, their autumnal apple ritual might have fused with the Celts’ Samhain celebration.

However, there isn’t enough historical evidence to back up this theory. What we do know is that the modern version of bobbing for apples evolved from an Irish game called Snap-Apple.

To play Snap-Apple, you had to catch an apple with your mouth as it swung around on a spinning wooden board. A burning candle at the other end of the board added a level of suspense—you either caught the apple or burned your face. This risky harvest tradition became so popular that, for a while, Halloween was called Snap-Apple Night in parts of Ireland and England.

Over the years, players ditched the lit candle and spinning board in favor of a tub of water with apples instead. It might be safer this way, but it’s not very sanitary, which might explain why bobbing for apples has fallen out of favor in recent years. 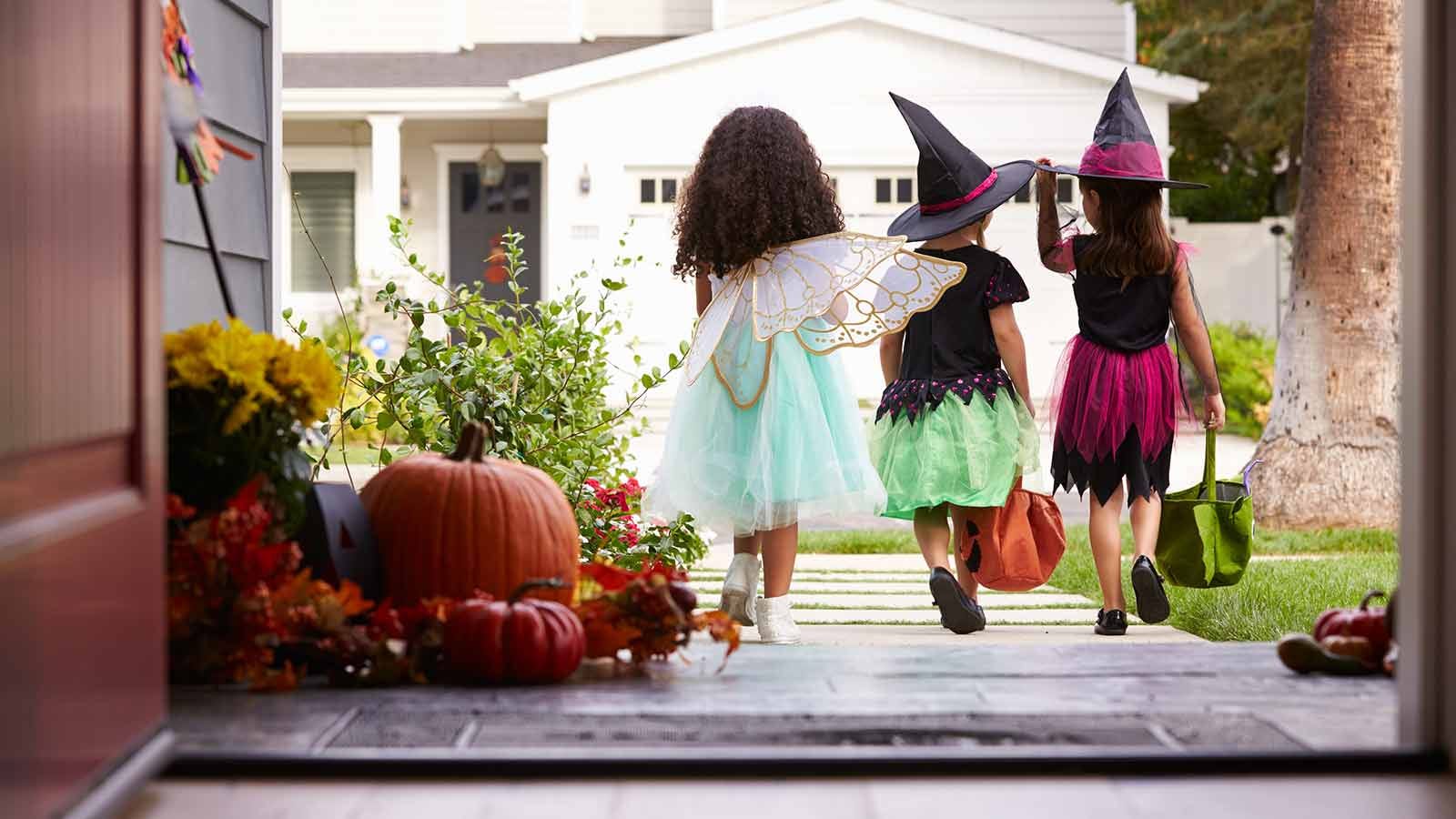