Another day, another TikTok viral recipe, and as usual, it looks delicious. Unlike the usual lunches, snacks, and drinks that go viral, this time, we’ve got a full-on dinner recipe on our hands.

The world’s new obsession is marry me chicken, and while it first appeared on Pinterest according to reports, it’s making serious waves on TikTok.

Now, this isn’t to be confused with Ina Garten’s engagement chicken. That’s a whole other meal, but it does have the same concept. It’s a dish so good that it’ll make someone propose. Judging by content creator @themidnightsoaper’s video which has a cool 13.5 million views, the dish seems worth making, and while she’s not the originator of the recipe, she’s is one of the more popular recreations.

So how do you make marry me chicken? First, you’ll add olive oil and butter to a pan and saute your chicken with salt and pepper. Once done, set it aside. Keep the olive oil and butter in the pan and toss in some minced garlic. Once it’s fragrance, add chicken broth, heavy whipping cream, Italian seasoning, red pepper flakes, and parmesan cheese. Whisk it all together and then add sun-dried tomatoes and your chicken back into the pan. Bake the dish in the oven for 30 minutes, and serve over angel hair pasta.

Like we mentioned, @themidnightsoaper’s recipe is just one of many on the platform. Some call for adding bacon to the dish, but you could also add veggies like spinach or mushroom to give it a little something healthy.

The next time you’ve got a fancy meal to make (Valentine’s Day dinner anyone?), marry me chicken might be the best choice. 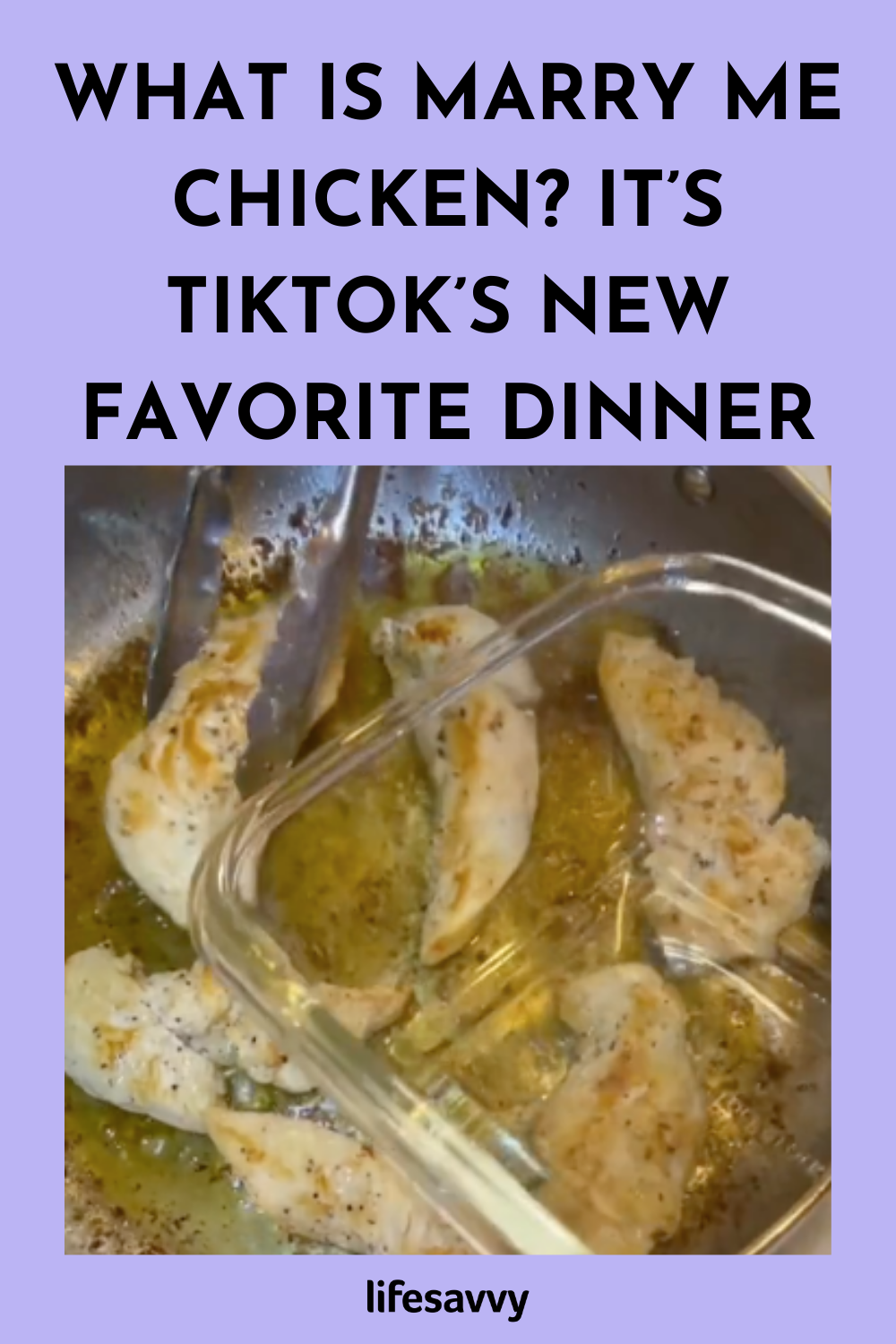