Hard seltzers have taken over the beer aisle in the past few years, but now, there’s a new beverage on the horizon: hard soda. Mountain Dew is getting in on the action with a new flavor.

A hard Mountain Dew Baja Blast is coming to grocery stores this month.

The flavor is an expansion of the previously announced Hard Mountain Dew that was created in collaboration with PepsiCo and The Boston Beer Company. The original flavors—watermelon, black cherry, and original Mountain Dew—were announced back in August, but no date was given for the launch other than early 2022. Now, the time has come, and the brands threw in a new flavor for kicks.

Arguably, Baja Blast is one of Mountain Dew’s most popular iterations (sorry, Code Red) thanks to its iconic position in Taco Bell restaurants. In fact, for a while, Taco Bell was the only place you could procure it.  As for the more minute details of the hard soda, they all feature a 5% ABV and will come in a 12-can variety pack. Major retailers should carry them, but they will be in a limited number of states with no word yet on which states those will be.

Until we’ve got more information, you might want to stick to your White Claw Surge, but be sure to keep an eye on those store shelves. 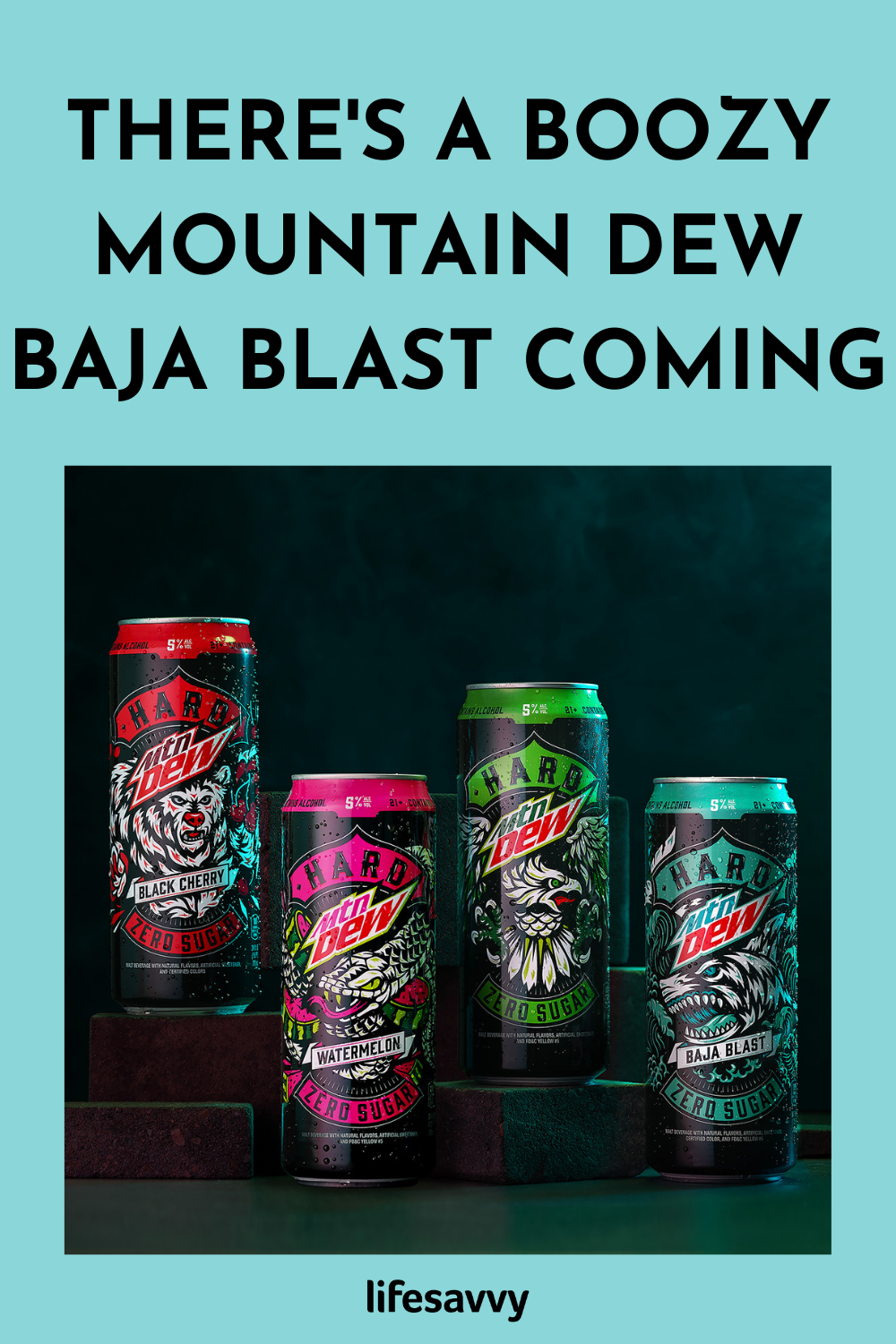