When you grab yogurt off the cooler shelf at the grocer, there are quite a few options to pick from. Here are the differences between regular and Greek yogurt.

The first time you eat Greek yogurt, you’ll likely notice the differences in taste and texture. Greek yogurt more resembles sour cream than actual yogurt in flavor, and it has a thicker consistency than the regular stuff. So much so, in fact, that Greek yogurt can be used in place of sour cream when cooking and baking. Although regular yogurt is an all right substitute, Greek yogurt works on your tacos and nachos, too—it’s not quite as sour as, well, sour cream, but it has a tangy flavor and blends in well with other foods.

By contrast, regular yogurt is much thinner and much sweeter. You might be able to sneak it into, say, a recipe for bread as a suitable substitution, but you’d definitely notice if somebody put regular yogurt on your nachos.

What Causes These Differences?

They’re both made with the exact same ingredients—milk and live cultures—so what makes them so different from one another? It’s the straining process used to make each that changes the consistency and taste.

The creamy consistency of regular yogurt comes from whey. Whey is a liquid substance left behind when milk curdles (it’s the stuff that looks like oil in the bottom of your gallon of sour milk). Regular yogurt is still strained, but it is strained fewer times than Greek yogurt. The extra straining is what makes Greek yogurt thicker because it removes nearly all of the whey. The concentration of the Greek yogurt through extra straining also gives it a more intense flavor.

Which One Is Healthier?

First things first: Whether you’re eating traditional yogurt or Greek yogurt, the healthiest way to eat it is plain. Yogurt with added flavors, even fruit, has added sugar. Put your own fresh fruit and granola in at home if you don’t like it plain, but don’t get tricked into thinking commercial preparations loaded with fruit and sweeteners are healthy just because they’re yogurt. Check the labels to see how much sugar is added.

The biggest health difference between the two is that Greek yogurt has more protein due to the concentration of it (the removal of the whey). It also has a lower amount of lactose. Whey contains calcium, though, so regular yogurt is better if you’re looking for more of that in your diet. 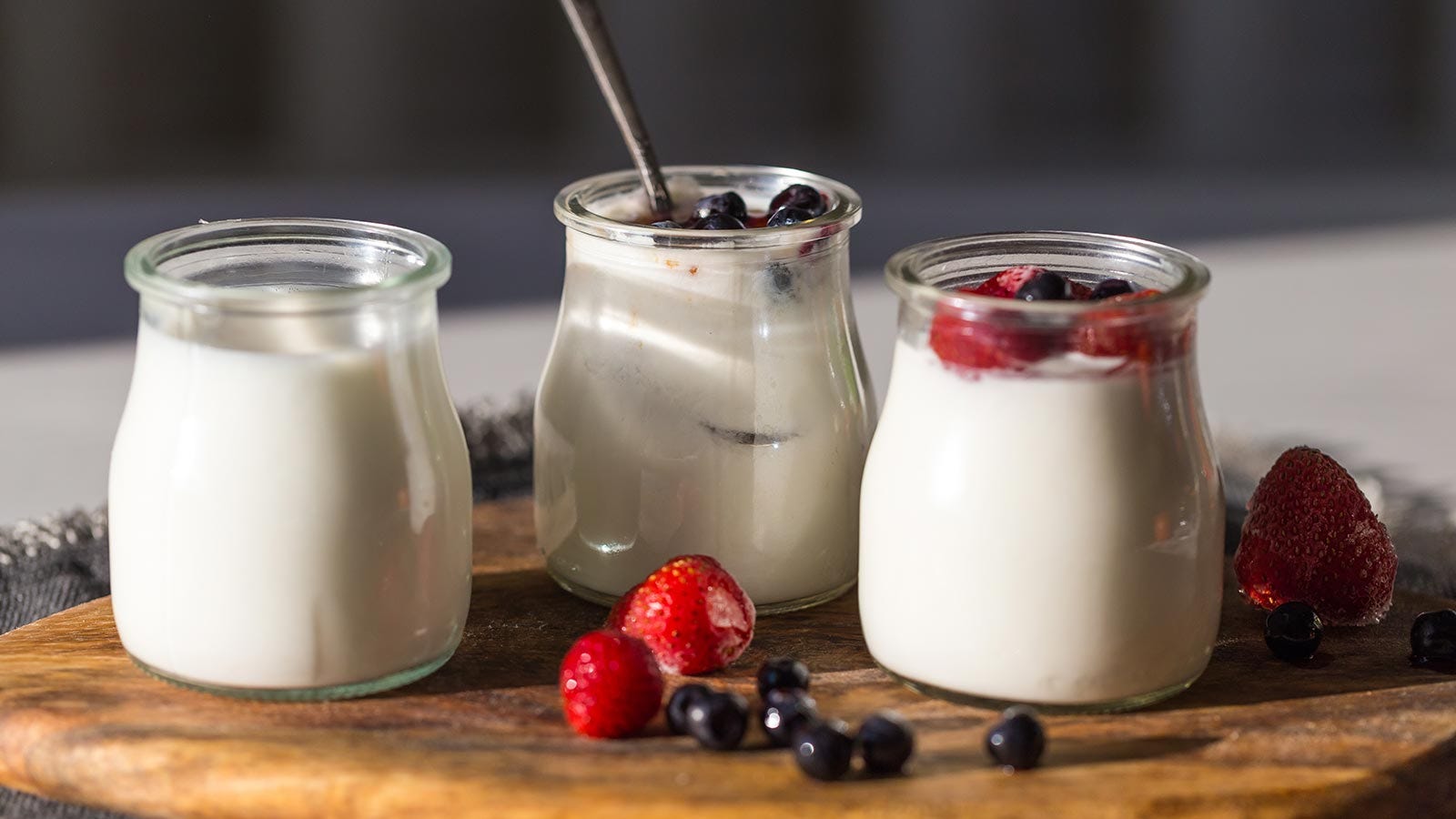