Normally, millions of people visit Disneyland every year. Of course, the last few years have been anything but normal. If you’re eagerly planning a trip to “the happiest place on Earth” this year, there are some things you need to know so you can have a magical time.

Disneyland closed in March 2020 due to the pandemic, and then reopened over a year later. Since then, visitors have had to roll with the frequent changes. If you’re planning your first trip to Disneyland, or you just haven’t been in a while, here’s what you can expect.

Disneyland averages more than 15 million visitors each year, so the long shutdown of 2020-21 means a lot of people had to postpone their trips.

Although Disneyland reopened in April 2021, many people have likely waited until this year to reschedule their trip due to scheduling conflicts or just to avoid summer crowds. Disneyland’s new ticket reservation system (more on that later) might also impact trip-planning, as it forces people to change their original dates due to a lack of tickets on those dates.

While the low season of Disneyland typically falls from mid-January to late February, the parks have been almost as busy as they were in the summer of 2021. The most popular rides, like Star Wars: Rise of the Resistance and Radiator Springs Racers, routinely surpass a two-hour wait time.

Then again, some days are surprisingly empty, especially on chilly California mornings. Locals tend to stay home until it warms up a bit. While post-holiday winter, the gap between spring break and summer, and mid-August through September are still the best times to visit Disneyland, you should still expect the park to be more crowded than usual.

When Disneyland first reopened in 2021, it announced a reservation system for all guests. Even with capacity restrictions no longer an issue in California, Disney has decided to keep this system.

RELATEDFrom Tangled to Aladdin: The Real Places that Inspired Disney

In the past, guests who purchased full-price tickets were only required to choose the first date of their vacation. From there, they had 13 days to use the remaining tickets without making a reservation for each individual day.

Now, Disney guests still have 13 days from the first use of their ticket package to use all of their tickets, but they must also make reservations for each day. While this information is posted on Disneyland’s website, it’s a new step that’s throwing off many guests. Some people are being denied entry at the gates because they don’t have a park reservation attached to their tickets.

People who purchase full-priced tickets shouldn’t have a problem making a reservation, as long as they remember to do so in advance. People with Magic Keys (annual passes) have had the most trouble getting reservations since the new system was created. This is because Disneyland reserves fewer slots for them than it does for those paying full-price.

As you might’ve guessed, holidays and weekends are the most difficult times to get reservations, even for those with Magic Keys, who paid the hefty $1,400 fee for their top-tier passes. During busy seasons, like Halloween and Christmas, Magic Key reservations are often booked weeks in advance.

This also makes it difficult (and often impossible) for annual pass holders to take a spontaneous day-of trip to Disneyland.

So, if you are planning to travel to Disneyland this year, don’t forget to reserve your park dates when you book your tickets. If you buy a park hopper ticket, which allows you to visit both Disneyland and Disney California Adventure Park throughout the day, keep in mind that you can’t “hop” until 1 p.m. each day.

Genie and Genie+ Have Replaced FastPass

For the last 20 years, Disney parks offered a FastPass system, which allowed some guests to skip the line for certain rides throughout the day. Depending on how well you leveraged the system, it used to be possible to access a shorter line for 5-10 rides each day. In addition to saving lots of time, the FastPass was a nice morale boost between the rides for which you had to wait the full time.

Unfortunately, Disney parks retired the beloved FastPass system when the parks reopened in April 2021. It wasn’t until December of that year that Disneyland debuted the replacement Genie and Genie+ systems.

Genie is a free planning tool housed in the Disneyland app. It recommends which attractions and dining locations you should visit throughout the day. While people who are unfamiliar with the parks might find this free service (which is also available for Disney World) helpful, it has, unfortunately, already developed a reputation for offering poor advice.

Genie+ is a paid tier of the service. For $20 per day, per person, you can access priority lines for 19 attractions at Disneyland and Disney California Adventure. After buying Genie+, you can book a Lightning Lane pass one time for each eligible attraction.

However, three rides aren’t included with Genie+: Star Wars: Rise of the Resistance, Radiator Springs Racers, and WEB SLINGERS: A Spider-Man Adventure. To get in the shorter line for those attractions, you’ll have to purchase an Individual Lightning Lane for an additional fee ($7-$20). The price of each ride fluctuates depending on demand and crowd levels.

So, is Genie+ worth the price? Well, if you’re traveling to the park from out of state or overseas, have limited time to spend in each park, and don’t mind spending the extra cash, it probably is. On the other hand, if you visit Disneyland often, have multiple days to spend in the parks, or are just on a tighter budget, you can still have a great time without it.

Prices Have Gone Up

This isn’t groundbreaking news, but Disneyland (like pretty much everything else now) is more expensive than ever. Fun fact: when Disneyland first opened in 1955, park admission cost just $1 for adults and 50 cents for children.

Rides did cost an additional 10-35 cents, but that’s still a far cry from the outrageous amount it costs to visit the park today. A single-day ticket costs anywhere from $104-$284, depending on which day you visit and whether you get a park-hopper ticket.

Disneyland has always periodically raised the prices for tickets, food, and its hotels. However, these hikes have been occurring far more frequently in recent years. The most recent was October of last year, however, it was the fifth increase in the last five years. Also, while any increase in ticket prices is usually publicized, those on food, Disney hotels, and parking often are not.

It’s also likely that prices will continue to rise, which means your Disneyland trip will likely continue to get more expensive the longer you wait. If you haven’t visited in a few years, be prepared for some serious sticker shock.

To align with COVID-19 safety precautions, Disneyland didn’t bring back any entertainment or shows when the parks reopened in April 2021. Parades, fireworks, and other displays that attract large groups of people were all put on hiatus.

RELATEDRep Your Disney Faves with This Magical Merch

However, even with capacity restrictions and social distancing requirements gone, Disneyland delayed almost all forms of entertainment for a long time. As of February 2022, entertainment is still limited to small character performances and dance parties.

A show called Mickey’s Mix Magic runs on select nights with the occasional fireworks show, although the schedule can be unpredictable.

However, Disney announced at the end of last year that several fan-favorites would soon be returning. Most notably, World of Color, a projection show featuring water fountains at Disney California Adventure, and Fantasmic!, a classic musical show featuring Disney characters, will both be running by spring of this year. Unfortunately, any specific date is yet to be announced, so keep your eyes peeled.

The Happiest Place on Earth looks a bit different than it did pre-pandemic. However, armed with these important updates and changes, you can still plan your 2022 visit to Disneyland. Soon, you’ll be having a fantastic time hanging out with Mickey and the gang, eating some delicious food, and feeling like a kid again. 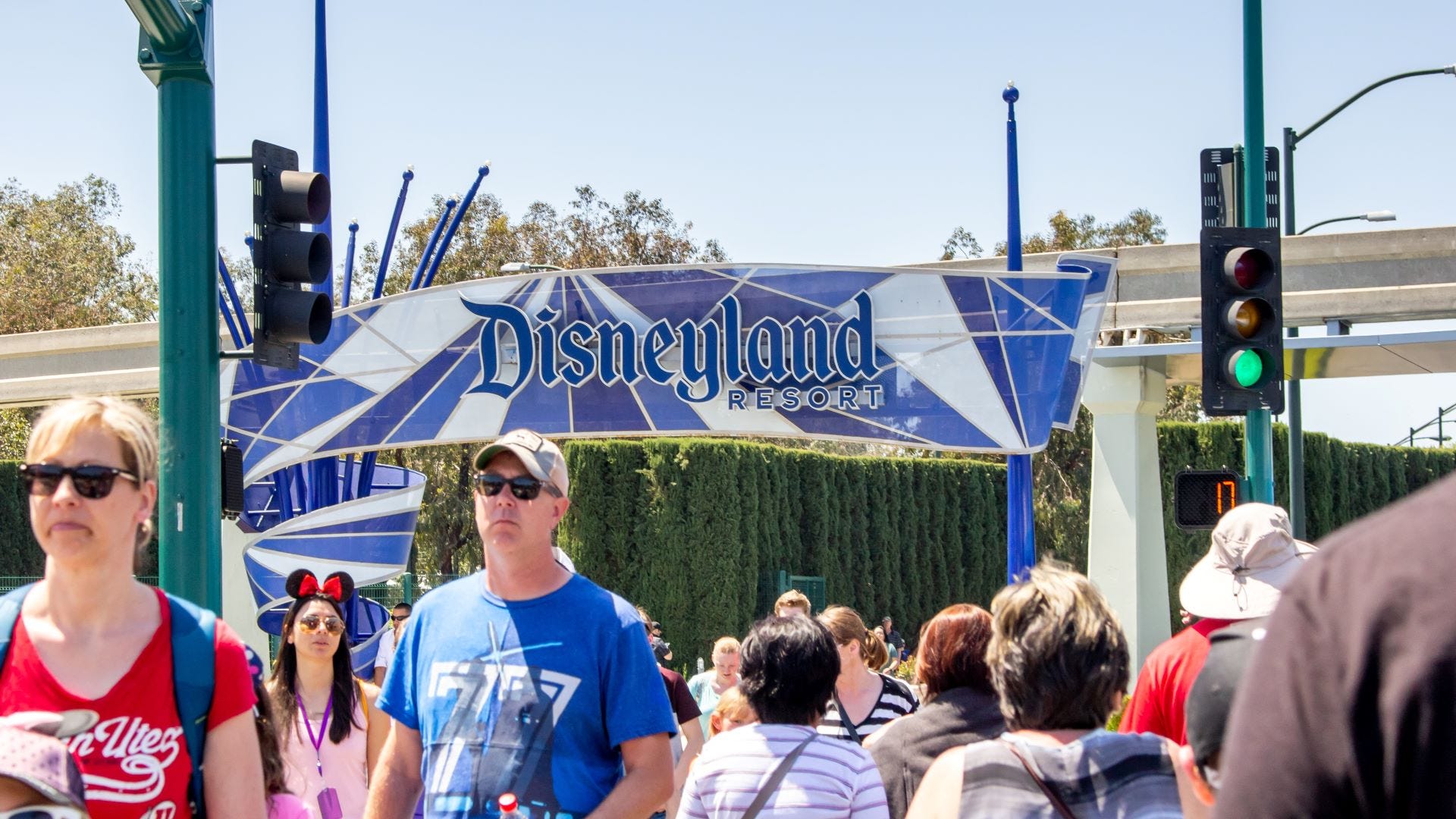