Ever had trouble keeping your pasta on your fork? How about when you make a delicious sauce for it, only to discover half of it at the bottom of your bowl? That’s where Cascatelli—a brand-new pasta shape—comes in!

Hundreds of different pasta shapes line the shelves at your supermarket. However, according to one very dedicated pasta-lover, none of them quite made the cut when it came to pasta perfection. So, he invented a new one!

What's the Perfect Pasta Shape?
The Pasta-Designing Journey
ImPASTABLE Adventures
Listen to the Whole Story on The Sporkful
Where You Can Get Cascatelli

Four years ago, Dan Pashman, the creator, and host of the James Beard Award-nominated food podcast, The Sporkful, set off on a fascinating journey. With his eyes wide open and one goal in mind, he started to design the perfect pasta shape.

But what makes the shape of pasta “perfect,” anyway? According to Pashman, there are three major components:

With these significant factors in mind, Pashman set off on a three-year journey to meticulously engineer a pasta shape that he (and others) could love.

In June of 2018, Pashman got into a debate with two other food podcasters about pasta shapes on an organized live event called, “The Bucatini Dialogues.”

Pashman got right to the point, calling out spaghetti for its round shape and low surface area. In fact, he said “spaghetti sucks” and that we could do better. So, that’s exactly what he set off to prove.

With over 300 pasta shapes already available, there didn’t seem to be any room on the market for an entirely new shape, let alone one that would stand out from the rest. Pashman quickly found that experts thought his goal was pretty outlandish.

Still, he never gave up, despite the doubts expressed by just about everyone he spoke to. He even met with George L. Legendre, architect and author of Pasta By Design, who shared his perspective.

From there, Pashman set off to experiment and dig deeper into what designing and creating a new pasta shape might entail.

Pashman eventually hired a crew of volunteer taste testers, including his wife, kids, and a family friend. During these “hard days at the office,” the testers thoughtfully examined the flaws of pasta shapes, which lead Pashman to start isolating qualities he values in specific pastas.

From there, he started to get into the details of how to get the pasta made. He met with Chris Maldari, from D. Maldari & Sons, a company that manufactures pasta dies—the molds used to make pasta shapes. This was a crucial piece to the pasta puzzle.

Maldari told Pashman that if he could find a company willing to partner with him and make, dry, and box the pasta, Maldari would move forward constructing the die for his new shape.

Pashman eventually met the co-founders of Sfoglini, the first company he licensed to produce his new pasta shape. They co-brand it, Cascatelli by Sporkful, Sfoglini Pasta.

Listen to the Whole Story on The Sporkful

While I could talk about Pashman’s impressive story all day, hearing it in his own words is far more compelling. His exuberant laughter and genuine personality are impossible not to love. You’ll find yourself grinning and laughing along as he shares journey, for sure!

You can listen to The Sporkful, wherever you get your podcasts—just look for the title: “Mission ImPASTAble.” It’s not a podcast for foodies, but for eaters. Just be aware, there is some profanity in a few episodes. Also, listening to this series will also cause serious pasta cravings.

Below are all of the episodes in The Mission ImPASTAbles Series:

Spoiler alert: Pashman succeeded in designing, manufacturing, and selling his new pasta shape, called Cascatelli. The story heard throughout The Sporkful podcast had such an influence on listeners that all 3,700 boxes of Cascatelli sold within two hours.

Now, that’s what I call an incredible PASTAccomplishment!

Where You Can Get Cascatelli

We’re awaiting our first shipment of Cascatelli and can’t wait to give it a try ourselves! If you’re interested in trying it yourself, head on over to the Sfoglini site. There, you can buy Pashman’s premium, original version made with coarse semolina flour.

Josh Hendrickson, editor in chief of our sister site, Review Geek, was quite impressed when he tried Cascatelli.

“It delivers on every promise,” Hendrickson said. “The noodle does pick up sauce like a scoop and is satisfying to chew on. And somehow, it practically clings to your fork; you’ll never lose a noodle. Best of all, it’s delicious. I could eat it plain, though it’s best with a great sauce.”

Pashman has also started licensing his invention to other companies, including Trader Joe’s, which has created its own version of Cascatelli made in Italy. You’ll be seeing the famous new shape more and more. Prefer a gluten-free version? You can get that, too, courtesy of Banza.

Pasta-lovers, it’s time to rejoice because a new noodle has arrived! Dan Pashman, host of The Sporkful podcast, has created Cascatelli, the perfectly shaped pasta. But you don’t have to believe us: try some yourself! 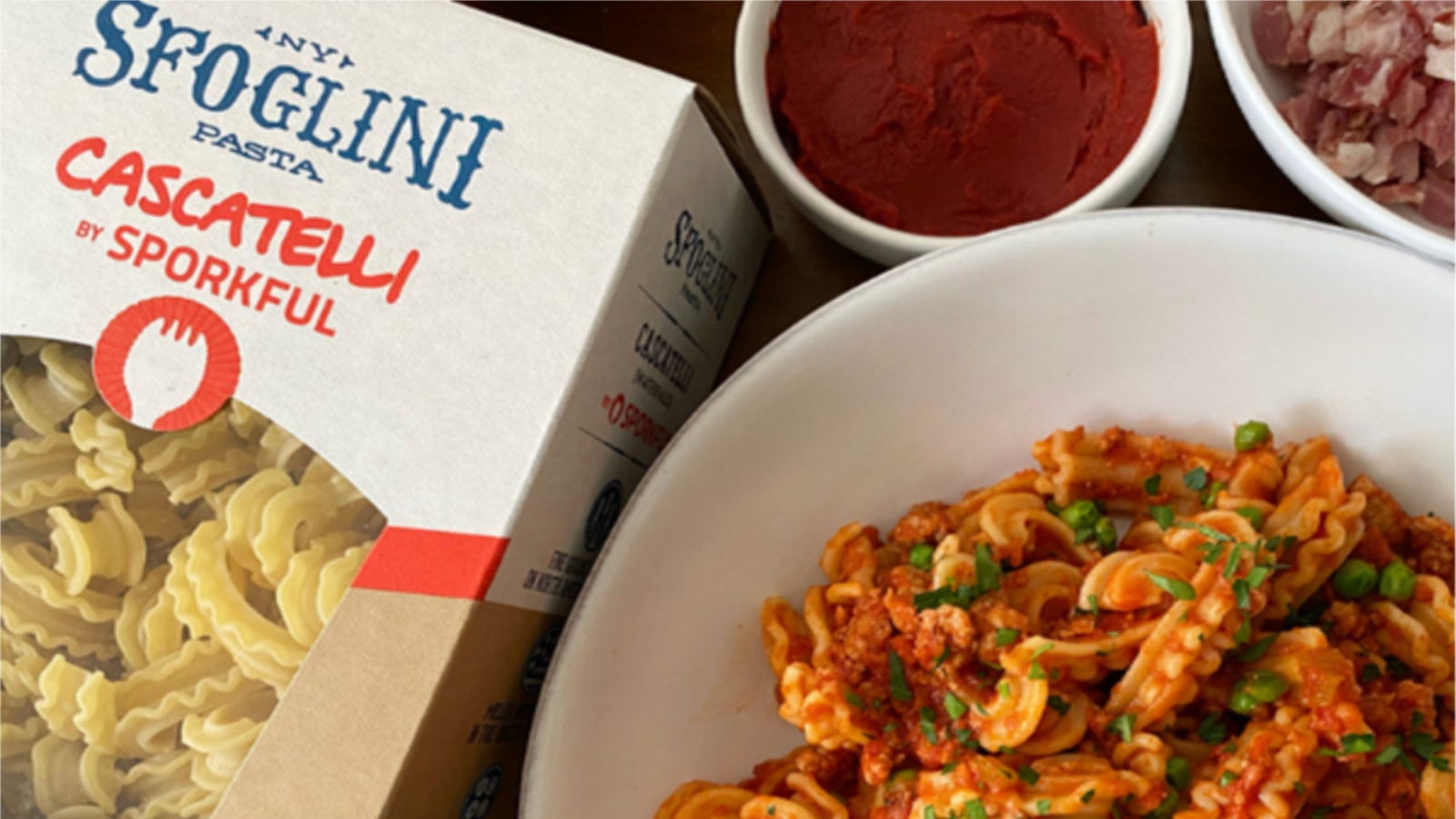 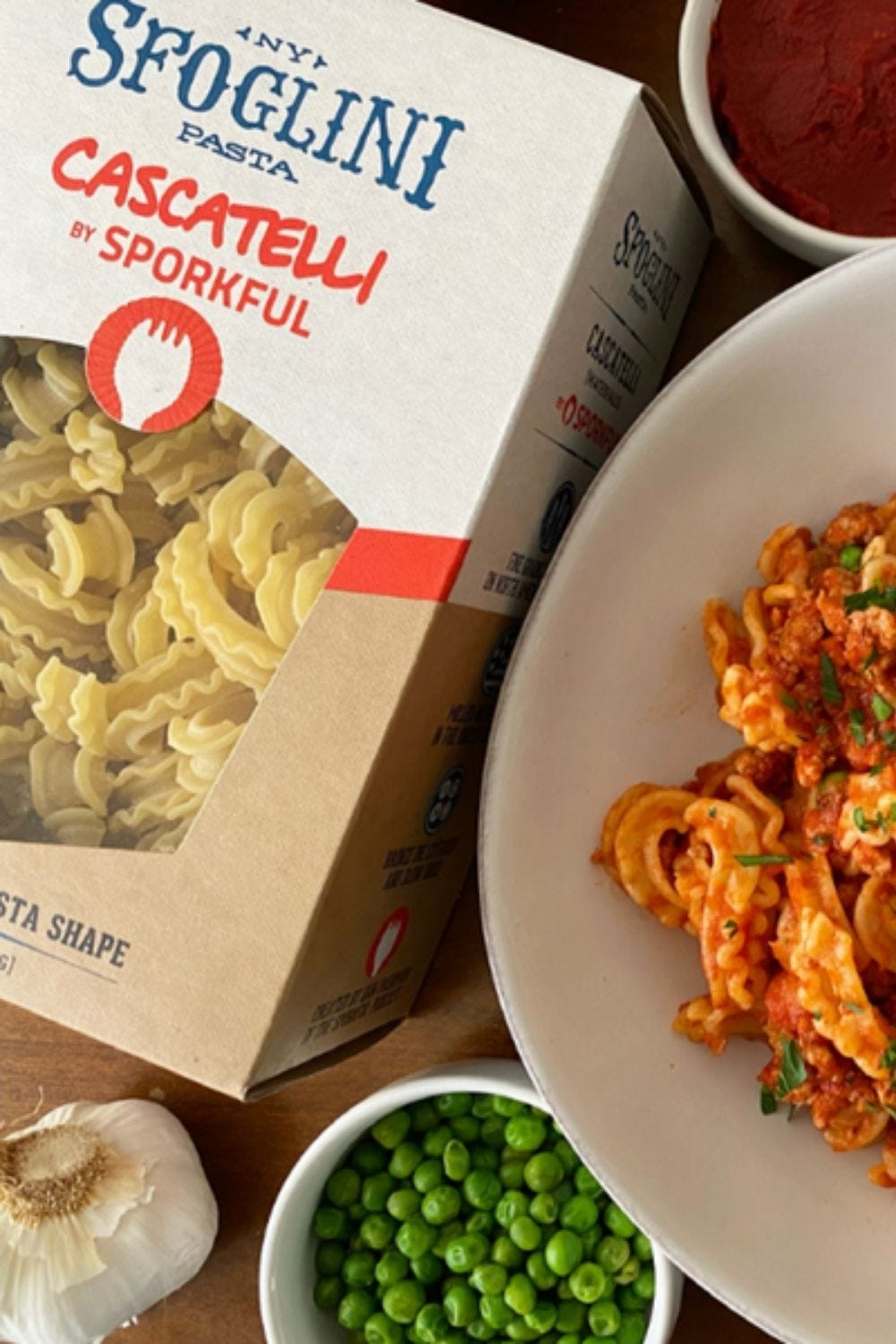