TikTok and snack recipes go together like peanut butter and jelly. One of the latest viral recipes isn’t surprising because it looks delicious, but because it comes from a celebrity.

Model Hailey Bieber (Justin Beiber’s wife) has taken over the platform with her recipe for pizza toast, but what’s in this Italian-themed snack?

Beiber begins her recipe by buttering both sides of a piece of sourdough toast. Then, to get extra fancy, she drizzles truffle oil over top before frying them on a pan until they’re golden brown. Once they’ve been removed from the heat, the model tops the pieces with a sizable amount of burrata cheese.

Next, she places a large tomato slice that has been dressed in lemon, olive oil, and salt over top before adding them back into the oven to bake at 375 degrees.

As the toast is baking, Bieber warms up marinara in a pan. After removing the toast from the oven, she tops it with grated parmesan, warm marinara, even more parmesan, oregano, and red pepper flakes before enjoying the snack.

Get perfectly baked pizza toast with this baking sheet.

While Bieber’s snack isn’t exactly the healthiest recipe to ever hit TikTok, it’s hard to deny that it looks cheesy and delicious. Transforming pizza into toast isn’t the only clever thing you can do with the traditional Italian dish. If you want to try something really different, there are always dessert pizzas. 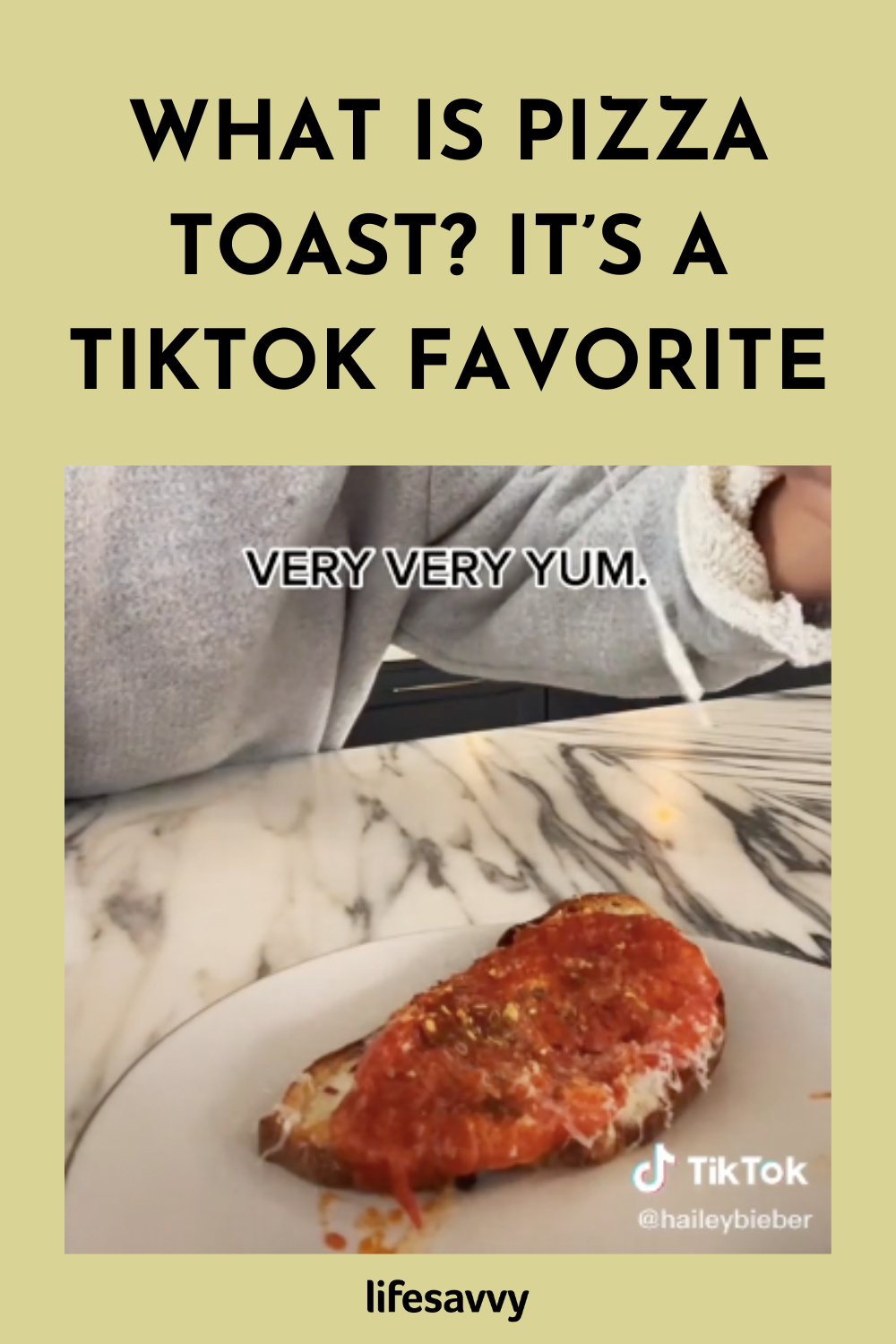