Ever wondered why that hotel doesn’t have a 13th floor, or why you’re supposed to throw salt after you spill it? Here’s the history behind some of the most common superstitions.

Some superstitions are so common that it’s easy to forget they’re kind of strange practices. If an alien were to visit Earth, not many people would be able to explain to them why we reflexively say “Bless you” when somebody sneezes.

But whether you adhere to these traditions or not, it’s certainly fun to find out where they come from. Each one has a story behind it, so keep reading for some cool trivia that will impress your friends!

Why We Knock on Wood

The first recorded evidence of people saying “Touch wood” (the British version of “Knock on wood”) comes from the 1800s. However, the practice is much older than that, and there are a few conflicting origin stories as to where it came from.

Some believe it’s a pagan tradition from the Celts, who thought trees were the homes of gods and spirits. They might have knocked on wood to thank the good spirits or to drive the evil spirits away.

Others attribute the practice to Christianity since wood was also sacred in Christian cultures as the material of the cross. However, it’s also possible that the superstition isn’t that deep: some old children’s games involved knocking on or touching wood to become immune to losing.

Why We Throw Salt Over Our Shoulder

If you spill salt, you might suddenly feel the need to throw some over your shoulder—and if you don’t, someone might remind you to do it. They might even tell you that you need to throw it over your left shoulder, not your right.

A possible explanation for this comes from the fact that salt used to be super expensive. If you spilled it, that was surely the devil’s work. Throwing a little bit over your left shoulder was thought to blind the devil that made you spill it (Christians once thought that the devil hung out behind the left shoulder).

One of the most famous links to this superstition is in da Vinci’s painting The Last Supper. Look closely, and you’ll see that Judas has spilled the salt. Judas is the famous betrayer of Christian tradition, so this depiction connected spilled salt to lying, betrayal, and the devil.

Why We Say “Bless You” When People Sneeze

Saying “Bless you” (or “God bless you”) when someone sneezes is now so common, it seems almost rude if you don’t do it. However, few people think about where this tradition comes from.

Long ago, some believed that a sneeze was an evil spirit leaving the body, or the body trying to make a spirit leave. Saying “God bless you” helped protect the sneezer from the spirit entering again.

People also once believed that the heart briefly stopped during a sneeze, although this has long been proven to be false. However, the practice might also date from the days of the plague during the Middle Ages. Legend has it that Pope Gregory I made a decree that people should say “God bless you” for protection from the plague anytime someone sneezed.

Why We’re Scared of Breaking Mirrors

Have you heard that a broken mirror means seven years of bad luck? You may not believe it, but the thought probably still pops into your head anytime you crack a mirror.

Since mirrors hold our reflections, people used to think they were linked to our souls. This idea might date back to ancient Greece, where people thought spirits could be found in the reflections of a still pool of water.

When the mirror broke, it was believed, the soul became fragmented. Some legends held that this broken soul couldn’t protect its owner from bad luck. Others said that the broken soul would take revenge on its owner.

Why We Don’t Walk Under Ladders

The idea that it’s bad luck to walk under a ladder seems a little more common-sense: maybe the person working at the top of the ladder could drop a tool on your head, or even fall on you. But the actual superstition is more interesting.

Some date this belief to ancient Egypt, where the triangle was held sacred (pyramids, anyone?). Passing through a triangle shape was a big faux pas, and a ladder leaning against a wall does form a triangle.

Later, though, Christians adopted the same belief, linking it to the crucifixion of Christ. A ladder leaned against the cross at the time of Christ’s death, so they became unlucky symbols that would cause misfortune for anyone who walked beneath one.

Why We Don’t Open Umbrellas Indoors

Modern umbrellas that open and close haven’t been around for very long, so this is one superstition that might not be that old.

The first umbrellas of the 1700s were a far cry from the ones we use today: they were heavy, difficult, and used a system of springs and sharp metal rods to open.

Even today, opening an umbrella in a crowded room can result in a poke in the eye. But imagine how it was with one of these earlier designs. From injuries to broken objects, it’s not hard to see where this superstition came from.

However, umbrella-type designs that didn’t open and close were also found in many earlier cultures. In ancient Egypt, only royalty could use a parasol for protection from the sun. And in ancient China, leather umbrellas were a mark of nobility. So the superstition about opening an umbrella inside actually might have much older roots, linked to the umbrella as a sacred, royal object.

Why We Think the Number 13 Is Unlucky

People fear the number 13 so much that many hotels don’t label their 13th floor, going instead straight from 12 to 14. And Friday the 13th is considered an especially unlucky date.

This superstition dates back to the laws of ancient Mesopotamia, known as the Code of Hammurabi. This code skipped over the 13th law, although that’s now believed to be a translation error, not an intentional avoidance. Still, some cultures later interpreted the omission as a sign to avoid 13.

The number 12 has been widely regarded as an important number by many cultures: there’s a reason why we have a 12-month calendar and count the hours of the day in sets of 12. So by contrast, some people thought 13 was as bad as 12 was good.

Not only that, but ancient Nordic legends held that Loki, the trickster god, brought evil to the world when he was the 13th guest at a party in Valhalla. Christianity also plays a part in this superstition. Judas didn’t just knock over the salt at the Last Supper: he was also the 13th guest to arrive.

Why We Hunt for Four-Leaf Clovers

For some children, there’s no greater joy than finding a four-leaf clover. But why are these such coveted symbols of good luck?

First, there’s the simple fact that finding one is against the odds. Experts say your chances of finding one are 1 in 10,000.

But even before scientists had calculated that number, people were carrying four-leaf clovers around. The ancient Celts sometimes carried them to keep evil spirits at bay. In medieval times, people thought four-leaf clovers could help them find and avoid dangerous fairies. And Christian lore once claimed that Eve picked a four-leaf clover as she was forced out of Eden.

Why We Hang up Horseshoes

Ever seen a “lucky horseshoe” hung above a door? This superstition is centuries old.

The ancient Celts first started hanging horseshoes over their doors to ward off goblins, fairies, and elves. The fact that horseshoes looked like crescent moons was thought to scare off these supernatural beings.

Today, some people think horseshoes need to hang with the open ends up, so the luck stays inside and doesn’t fall out. However, others believe a horseshoe should hang ends-down, so the luck spills out onto whoever walks through the door.

Why We Wish on Shooting Stars

We now know that “shooting stars” aren’t stars: they’re meteors burning up as they enter the atmosphere. However, that doesn’t stop people from making a wish when they see one.

This idea probably comes from Ptolemy, an astrologer of ancient Greece. He wrote that shooting stars were a sign that the gods were looking down on Earth. If you saw one, it was the perfect time to wish something from the deities.

Some central European cultures also believed that each person had their own star, and a shooting star marked someone’s death. While they wouldn’t make a wish for themselves, they might say a wish for the dying soul when they saw one, like a simple “Go with God.” 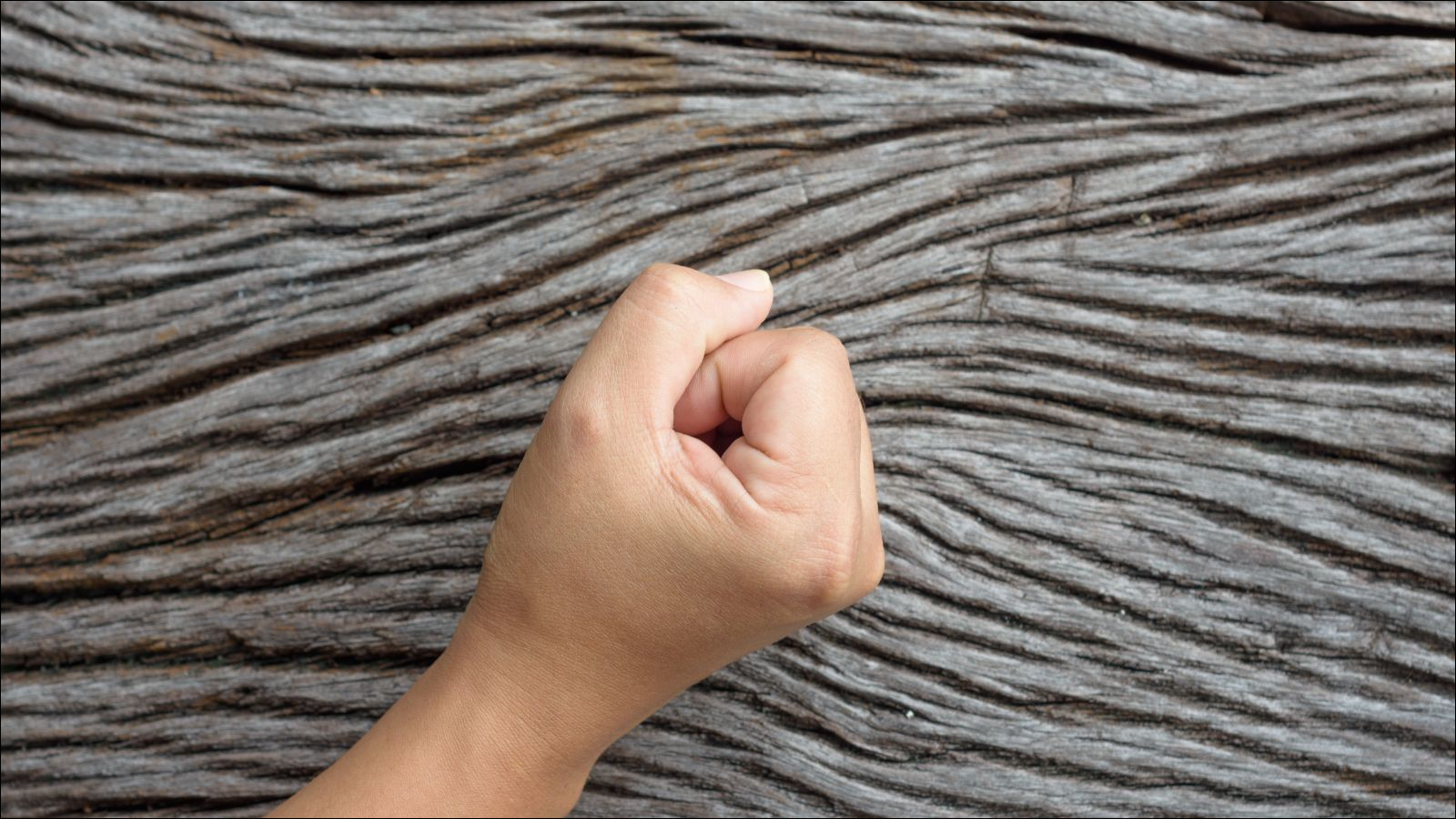