Cereal is a top-tier food. From starting your morning off right to ending the day with a bowl of carbs, there’s really never a bad time to enjoy this snack. Whether you’re trying to lose weight or gain muscle, a high-protein cereal is a good way to do it.

Many cereals are full of sugar and simple carbohydrates that don’t exactly benefit your diet. This is why many people have said goodbye to their daily bowl of cereal. Recently, though, there’s been a rise in healthier options, which contain fewer carbs and more protein. Here are some of the best high-protein cereals for gym buffs, yogis, runners, or anyone else who’s trying to get in shape.

If you’re looking to get the most protein in each cup of cereal, Keto Cereal by Snack House is one of the best options out there. It contains a whopping 22.5 grams of protein per cup, which is about the same as three ounces of chicken breast.

It would make a great post-workout breakfast for anyone who struggles to get their protein in. It’s also keto-friendly, gluten- and sugar-free, and low-carb. It also has a low glycemic index for long-lasting energy. It comes in five tasty flavors: banana maple French toast, chocolate puffs, cinnamon swirl, fruity rubbles, and peanut butter chocolate.

Tasty flavors and packs a ton of protein in each bowl.

Many protein cereals don’t taste quite like the sugary options you’re used to. While this is to be expected to some degree, it’s still nice to find one that actually tastes good. Enter, Catalina Crunch.

This protein cereal is one of the best-tasting on the market. Its texture is similar to many of the cereals you probably enjoyed as a kid, which makes it much easier to work into your diet.

The only thing we (and many consumers) don’t like about this cereal is the price. However, if taste is a major factor for you, this brand might be worth the splurge.

Tastes like the stuff you loved as a kid.

HighKey is another protein cereal made with flavor and texture in mind. It tastes a lot like cocoa Rice Krispies, but still manages to pack 20 grams of protein in each cup, which is quite a feat.

With zero grams of net carbs, no sugar, and only 100 calories per serving, HighKey makes a great breakfast, afternoon snack, or pre-bedtime treat for anyone who’s watching their carbs. You can also use this cereal to make a healthier version of Rice Krispie treats.

Will remind you of your fave childhood cereal.

Post’s Premier Protein is mainly known for its affordable protein shakes and bars, but recently, the brand has jumped on the protein cereal train. Premier Protein Cereal has a similar flavor and texture as corn flakes, with the added bonus of almonds and freeze-dried berries.

These flakes are a little heavier and less crispy than traditional corn flakes, but hey—no protein cereal is going to taste exactly like the super-sweet stuff.

Every cup of this cereal contains 20 grams of protein, which is plenty to keep you full and help you stay on track with your diet or fitness program. The real straw- and raspberries add a tart, sweet and fresh flavor. Each serving also contains only five grams of sugar and menial ingredients.

Catalina Crunch might be known for its yummy flavor, but, in our opinion, Perfect Keto Honey Nut Cereal wins the award for best-tasting cereal on this list.

Although it’s one of the pricier options, reviewers agree it’s a cereal they actually want to eat. With 18 grams of protein and only two grams of sugar in each cup, that’s pretty high praise.

This cereal is also keto-friendly and contains MCT oil for added health benefits. It also contains collagen to support healthy joints, skin, and bones. The company also has a refund policy if you don’t love their product.

Delicious and worth the price.

That keto-friendly cereal you’ve been seeing all over Instagram and Facebook is probably Magic Spoon. This cereal has the looks and packaging of something straight out of your childhood.

Magic Spoon offers five flavors: cocoa, frosted, fruity, peanut butter, and pumpkin chai (seasonal). Each flavor is unique and tastes excellent for a product that contains zero sugar. Once again, though, while the price tag might be hard to swallow, the cereal is not.

Three Wishes Protein Cereal is very similar to Magic Spoon in both texture and flavor. Both cereals also feature that classic hoop shape, but there are some differences in the flavors. Three Wishes comes in cinnamon, cocoa, frosted, fruity, and honey.

This brand also contains more sugar and carbs than Magic Spoon. While this might not be ideal for someone on a strict diet, it could be helpful for those looking to get more energy out of their breakfast or snack.

Overall, the flavors and texture of this option are on point, even if the price is still a little hard to take.

Delicious with some carbs and sugar for those who also need an energy boost.

If you’re looking for an affordable protein cereal, you do have a couple of options. The first comes from your fave granola bar company, Kashi GO. With just over 10 grams of protein in each cup, this option provides fewer nutrients than some of the other options on this list, but it’s also significantly cheaper.

It also tastes a lot more like an actual cereal. No matter how good the keto-friendly and higher-protein options taste, they all still tend to leave that slightly chalky aftertaste. This cereal gets its protein content from soy flakes and whole grains, which creates a more pleasant flavor. As a bonus, you also get lots of fiber.

Affordable with no chalky afteratste.

Kellogg’s Special K Protein is the most affordable and readily available high-protein cereal on the market. It also contains the lowest amount of protein, though, at nine grams per cup. Still, this is enough for a filling breakfast, especially when eaten with milk or sprinkled on yogurt.

This cereal also comes in several flavors. It’s a little higher in carbs than the other options on this list, but still makes a great pre- or post-workout snack for those who need more fuel throughout the day.

Save cash without skimping on protein.

Whether you’re dieting to lose weight or build muscle, cereal is often on the do-not-eat list. Fortunately, these high-protein options will allow you to enjoy cereal again, either for breakfast or a post-workout snack. 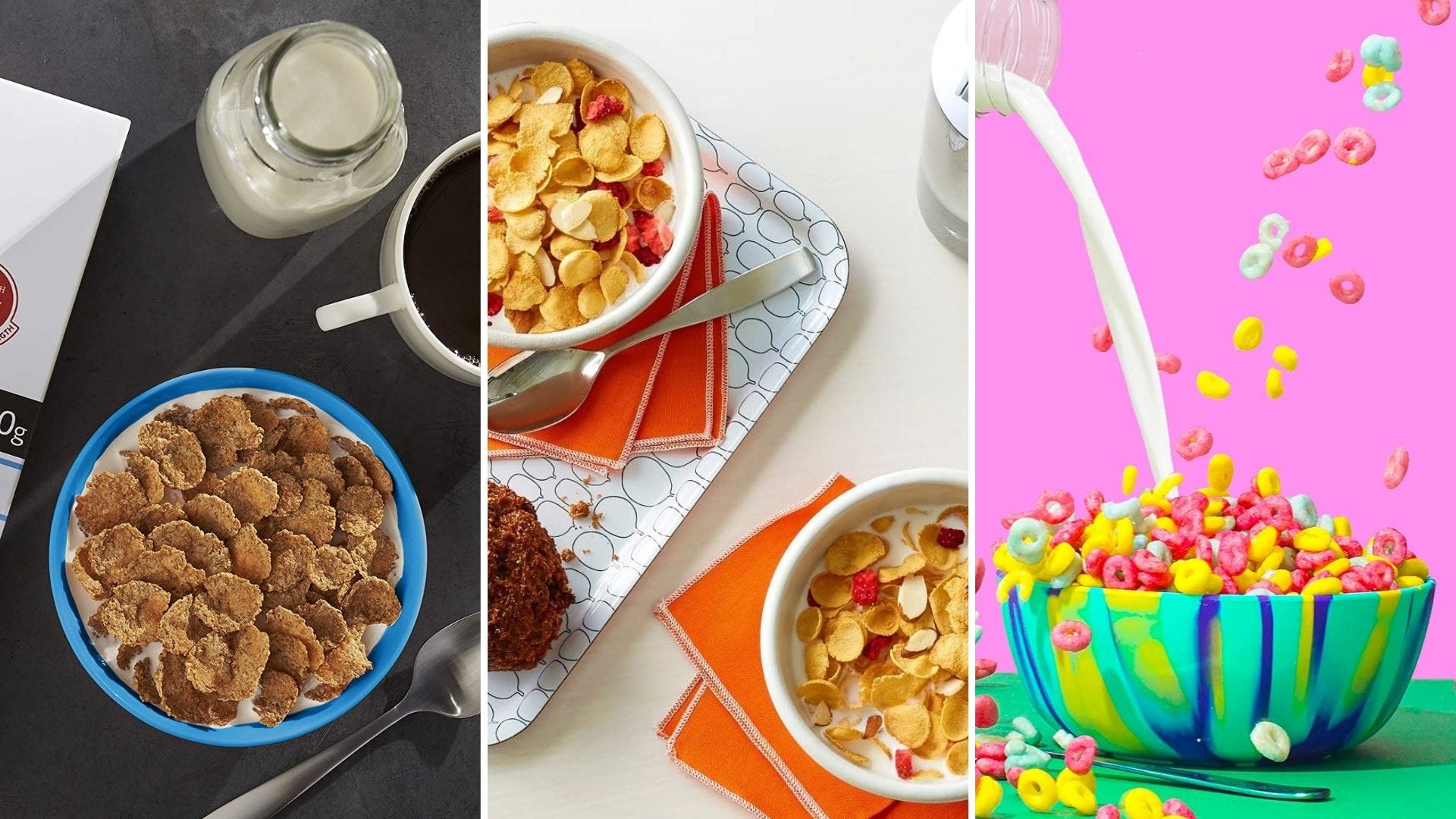 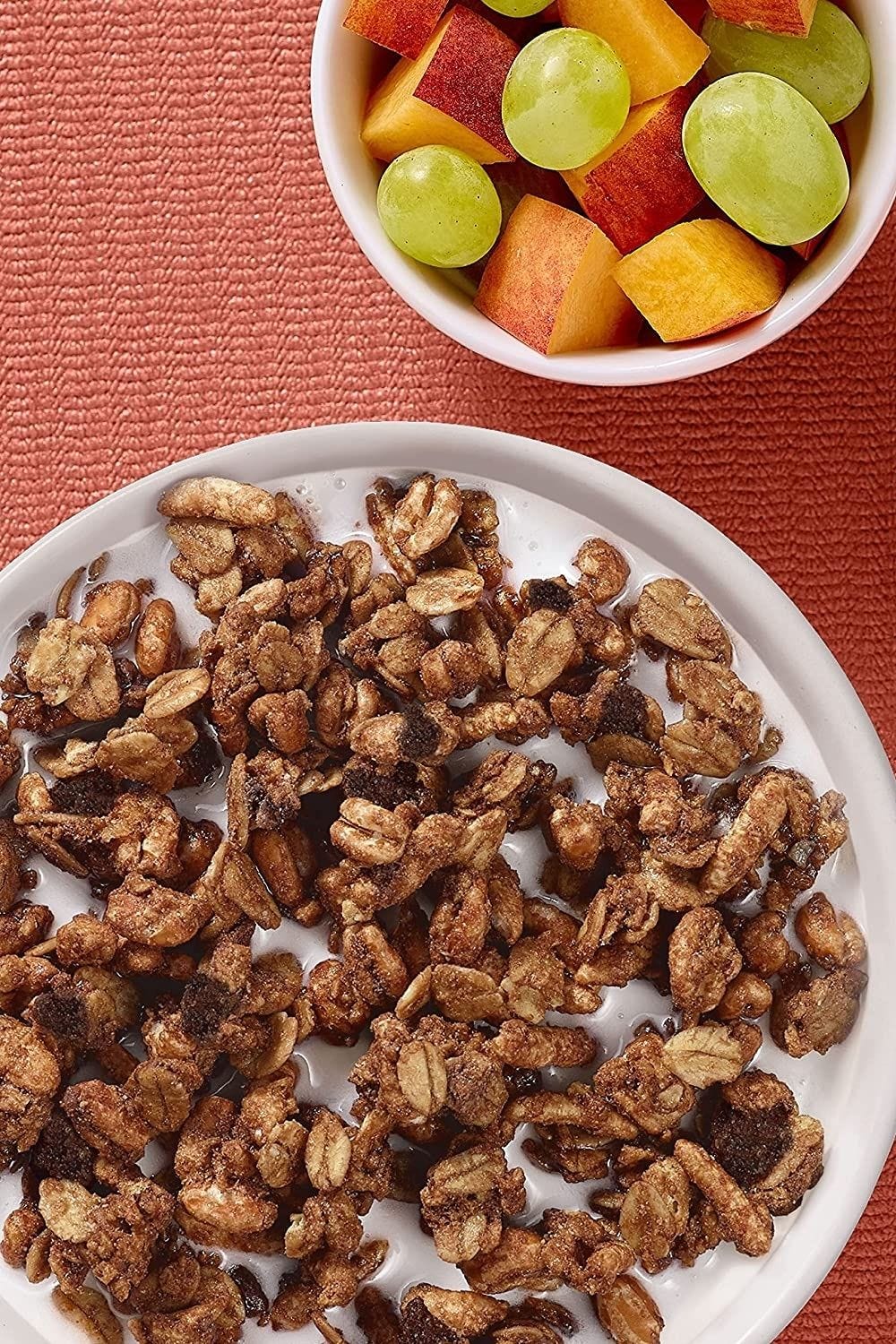