With Halloween right around the corner, it’s an appropriate time to share one of my absolute favorite practical effects illusions and how it’s famously used in the Haunted Mansion.

If you’ve ever visited the Haunted Mansion at either Disneyland or Disney World, one of the most memorable special effects employed within the mansion is the effect that creates the illusion of ghosts dancing right in front of you. The result is spookily realistic, doesn’t appear at all to be a cheap video projection or other digital effects, and makes a pretty big impression on visitors of all ages.

The reason it looks so incredibly realistic is that it employs a very old optical illusion effect known as Pepper’s Ghost. The secret to the illusion is artfully reflecting an actual thing (such as a mannequin dressed up as a Victorian-era bride) onto a sheet of glass at an angle such that the viewer sees the reflection of that thing, but also the lit background behind the transparent glass. It creates a convincing illusion that a ghostly creature is moving in the three-dimensional space beyond the glass. Watch this video below to see exactly how the magic at the Haunted Mansion works:

If you want to create a similar illusion this Halloween, take a moment to check out how to use a digital projector for high impact, low effort effects. You might not have the time, space, or budget to set up a true glass-based Pepper’s Ghost illusion in your home, but with a digital projector, some bridal mesh, and a spooky video loop, you can make something pretty darn close. 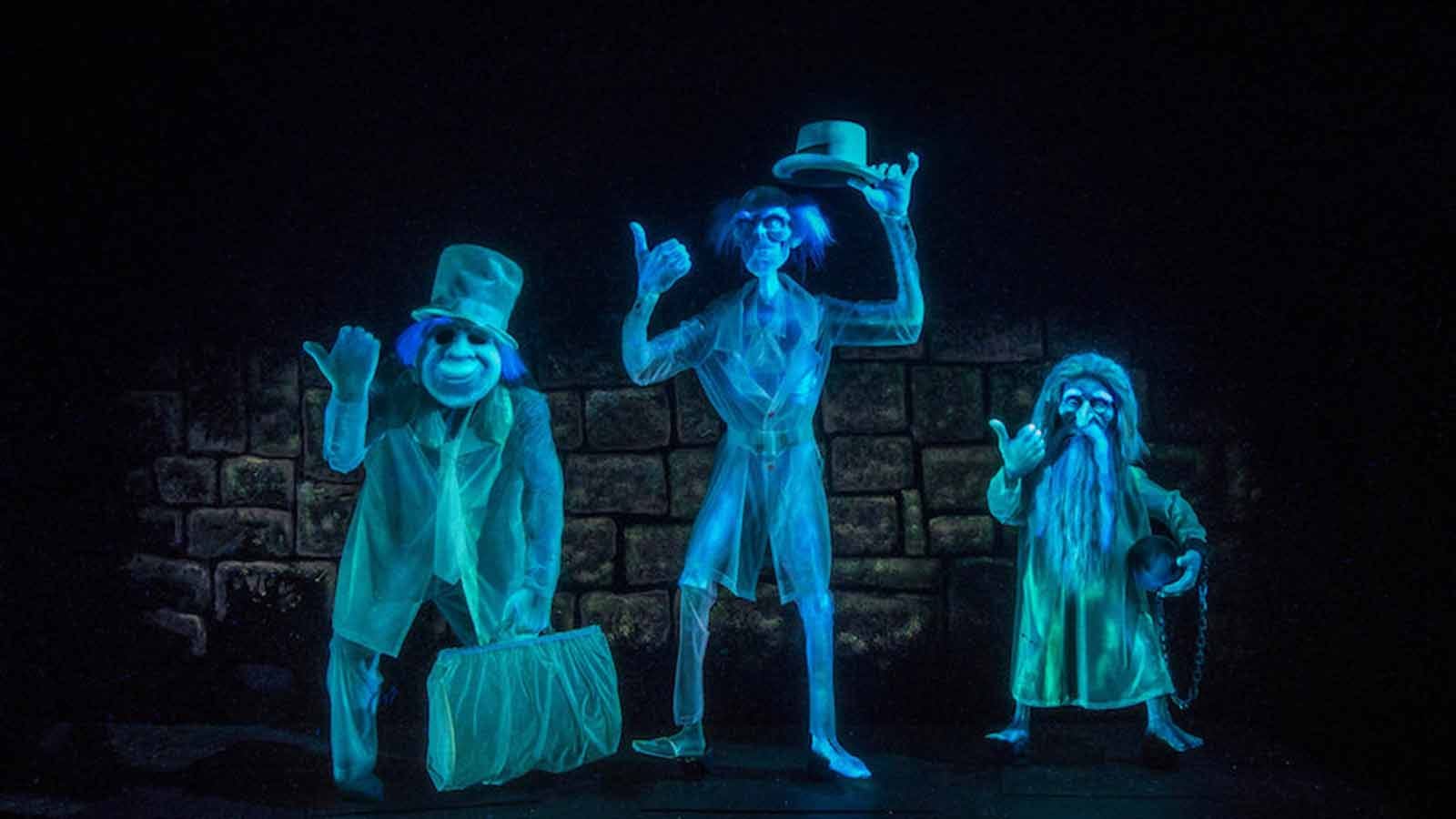