In case you hadn’t heard, charcuterie boards are all the rage. It seems like platters covered with cheeses, meats, nuts, berries, and spreads are everywhere. So, we decided to try a charcuterie subscription service, and see what all the fuss was about.

Charcuterie has been a staple for folks who like to entertain for quite a while now. They’ve even evolved into other forms, like jarcuterie and ice cream boards. When we heard about Platterful, a subscription service that delivers all your charcuterie needs right to your door, we had to try it, and here’s what we thought.

RELATEDCharcuterie Chalets Are a Thing

As we mentioned, Platterful is a subscription service. When you sign up, you get a culinary team to curate every diverse, holistic charcuterie board you receive. If you’ve ever been stumped on which cheeses to pair with which fruits, or if a spread should be included along with meat, worry no more! This service handles all of that for you.

Each kit comes with a perfectly paired collection of meats, cheeses, and accompaniments from small artisans throughout the United States. You also get a handy example photo of the spread in which each ingredient is labeled so you know exactly where to place it on your board. There are also written and video instructions on how to set up your board.

Now that you know how Platterful works, let’s dig into our experience and what we thought of the service.

Platterful was kind enough to send us a sample charcuterie box, which arrived well packaged with nonperishables grouped together with a large, padded envelope. Inside the envelope, we discovered cheese and other cold-storage items.

Despite being on a delivery truck for some time and sitting outside our home for 20 minutes or so, the cold-storage items were still cool.

All of the pieces were also individually packaged which was, arguably, the best part. It made it super easy to put everything away, as we weren’t going to be making our board that evening. In fact, we didn’t do so until five days later, and everything was still fresh.

The only issue we encountered with delivery was that some of the crackers were broken. While I was still able to use many of them, a bit more care could have been given to how they were packed.

When the time came to actually make our charcuterie board, we laid everything out on a table. The kit included all of the following:

You’ll need a decent-sized space to assemble your board, and you’ll also need your own charcuterie or cutting board, which you can also purchase from Platterful.

Then, it’s as simple as following the included instructions. They explain the order in which you should place your items on your board, complete with photos. It only took us 15 minutes to assemble our board, including the time it took to take our own photos of the process.

When it comes to presentation, we never would have been able to make something look this good on our own. Instead of just randomly placing food on a platter, the entire process felt a bit more artistic. When we were done, we were so proud of our creation, we wanted to post photos of it everywhere!

Now, let’s answer the most important question: How did it all taste? The one thing the instructions didn’t include was how to pair each ingredient on the board. However, that gave us the ability to experiment with pairings.

We started with the cheeses. The gouda had a lovely, smoky flavor that wasn’t too overpowering, but the incredibly sharp and tangy Irish cheddar was a personal favorite. The brie was creamy and mild, but a bit on the bland side—we wouldn’t recommend eating it on its own.

As for the meats, the salami was, by far, our favorite of the two. It had a peppery flavor that was also slightly spicy. The prosciutto was also delicious and offered a salty finish.

When it came to the accompaniments, we can’t comment on the olives, as we’re not fans, but we loved the spreads. The jam had an ultra-sweet (in a good way) blueberry flavor with just a hint of nuttiness and some subtle bourbon notes.

The hot honey was, well, exactly what it sounds like: sweet with a spicy kick. The dried apricots were a refreshing addition, although nothing particularly stood out about their flavor. The wasabi peas were the only item we didn’t care for, but if you like wasabi, you’ll probably enjoy them.

When it came time to pair the items, it was essentially a free-for-all. At some point, everything got combined, but there were some true standouts. The brie, while a bit lackluster on its own, was delicious when paired with the jam and a piece of prosciutto. The meat’s saltiness combined with the jam’s sweetness, and the creamy texture of the brie, made for the perfect bite. This was definitely our favorite combo.

A bit of hot honey paired with salami and cheddar was another delicious surprise. The cheddar’s sharp punch was mellowed a bit by the honey, while the salami added another peppery, spicy punch. Our final favorite pairing was some smoked gouda with a piece of apricot.

Overall, there were plenty of items included in the box that were both delicious on their own and when paired with other selections. Naturally, everyone has certain foods they’re just not partial to, but the variety of items and flavors included ensure that just about everyone will be able to enjoy something in each box.

In the end, Platterful gets a glowing review from us. Each piece in the box was delicious on its own, and there is a world of flavor possibilities with the combinations you can try. Plus, the ingredients change each month, so you’ll get new tastes whenever you opt for a new box.

However, the biggest benefit of the box wasn’t the flavors, but the convenience.

While the $65 price tag isn’t something we would pay for monthly, if we had a special event or party coming up, we would absolutely purchase an individual box. It eliminates all the work of having to decide which ingredients to include that will also taste good together.

And again, the instructions for how to arrange the board make it so aesthetically pleasing. Everything is also really easy to store until the day or night of your event.

Honestly, though, if you have the cash to enjoy a box each month, go for it! The price is fair for the high-quality ingredients you’ll receive.

If you’re planning a party or need something delicious to take your next potluck, you might want to consider ordering from Platterful. The company’s charcuterie boards come ready to assemble, and once you do, everyone will be impressed by your presentation (you don’t have to tell them there were instructions). 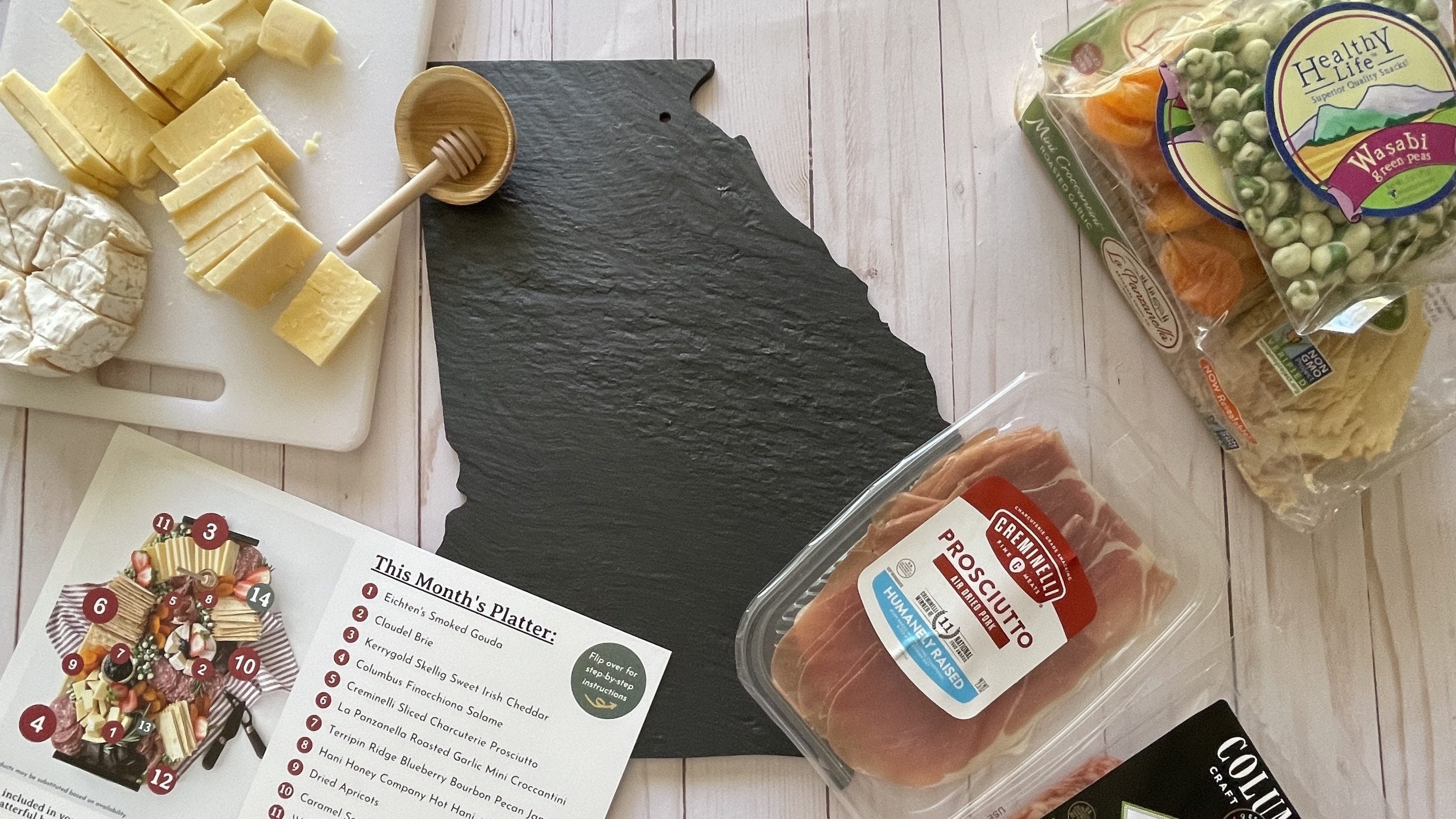