That rock-hard loaf on your kitchen counter doesn’t belong in the trash. And don’t even think about using it to feed the birds. We believe stale bread is a culinary component in its own right, and we have seven recipes to prove it to you.

Bread has been with us through the ages and our ancestors, not big fans of food waste, invented numerous ways to utilize the seemingly inedible brick that results from leaving a loaf uneaten. Over the course of time and across cultures, those dishes have been perfected. So that now, we wouldn’t think it strange if you purposely left bread out to harden.

Don’t believe us? Not to worry, we can prove it to you. These seven dishes go beyond breadcrumbs and croutons. In fact, we think they’ll completely change the way you see stale bread.  So, if you’ve got an overaged loaf eyeing you from the kitchen counter, fear not. You’re about to turn it into dinner, or maybe even dessert!

A stale loaf of bread, when used creatively, can become a full-blown dinner.  Throw it in broth, cover it in cheese, or use it to create a perfectly spongey meatloaf!

Ribollita
Riobollita, at its simplest, is bread soup. Hailing from Tuscany, this white bean and vegetable-heavy supper relies on stale bread for its thickened broth.

Get the Recipe: Bon Appetit’s Ribollita

Meatloaf
Soaking stale bread in milk before mixing it with your seasoned ground meats will give you that bouncy texture all great meatloafs aspire to. Be sure to skip toasting the bread at the beginning of the recipe assuming your loaf is already stale!

Get the Recipe: Taste of Home’s Meatloaf

Welsh Rarebit
A humble and very old dish, Welsh Rarebit isn’t exactly common in the United States. But, we think most Americans will love it. Its cheese sauce, traditionally made with ale, poured over stale, and toasted bread. The result, as simple as it is, will quickly become one of your favorite comfort foods.

Forget the rice, pasta, or potatoes, and use bread as your starchy side dish instead! Or, make a few extra-large portions, and serve one of these ideas as a meatless main course.

Panzanella
Leave it to the Italians to create a bread salad. Panzanella, a mix of torn toast with vegetables and dressing, is a traditional Tuscan dish.  It’s incredibly customizable, but don’t leave out the onions! Their tangy crunch can really make or break this salad.

Get the Recipe: Food Network’s Panzanella

Stuffing
Stuffing need not be for Thanksgiving alone. The traditional side dish is a great way to use up stale bread. And, you could easily add in a more substantial protein, like chorizo or Italian sausage, to turn this into a full-blown dinner.  Assuming your bread is already rock hard, you won’t need to toast it in the oven first, so feel free to skip the first step in this recipe.

Get the Recipe: Real Simple’s Sourdough and Sage Stuffing

Turning a stale loaf into something sweet and decadent is surprisingly easy. Just add sugar and extra eggs!

Bread Pudding
In the world of desserts, bread pudding isn’t often listed as a favorite. But we think it should be.  It is, after all, the equivalent of bread’s second coming. A stale loaf reincarnated as custard-soaked bread perfection. Can we get an amen?

French Toast
This one’s a classic. And that’s why it’s at the end of the list. Everyone knows the best french toast is made with stale bread. Of course, it’s better when it’s thickly cut. But regardless, messing up battered and fried bread is a tall order.

So, no need to throw that stale loaf to the birds. With a little kitchen finesse, it can easily become a whole new dish. And, once you’ve tried one of these, don’t be surprised if you start leaving bread out to harden on purpose. For a bite of bread pudding, or a sip of good Ribollita, it’s more than worth it. 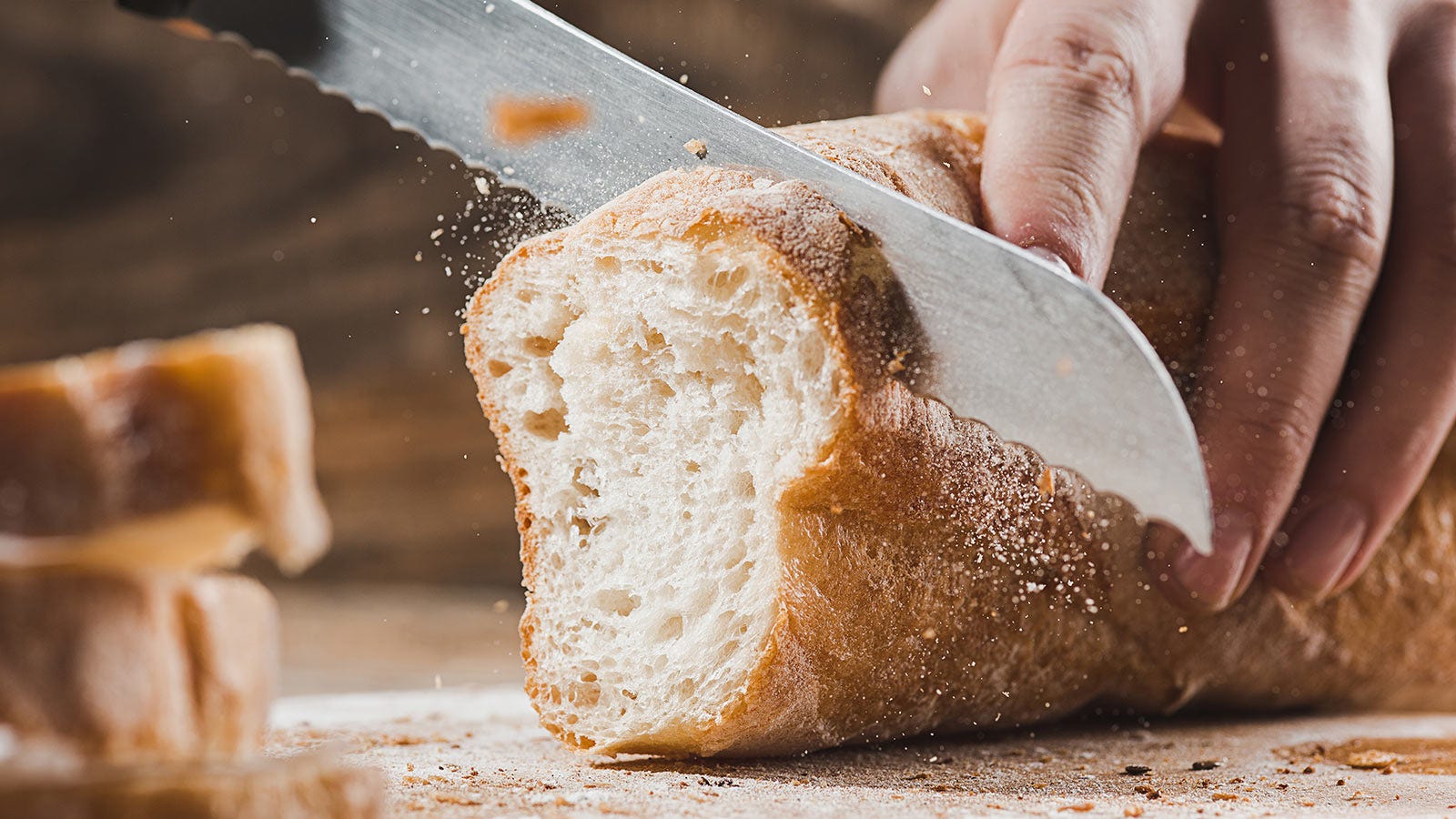