Are your sweaters covered in lint and fuzz? Before you toss them all in the “donate” pile, there are a few easy solutions you might want to try.

In most cases, the difference between a sweater that looks new versus one that looks old is just excess pilling, fuzz, and lint. However, the fabric underneath is probably still in good shape, you just need a way to reliably de-fuzz it. Lint rollers and brushes are time-consuming and unreliable, but these easy methods could save your fave cardigans.

How to Remove Lint with Tape

RELATEDThe Best Lint Rollers for Removing Hair from Any Surface

Tape is quite possibly the cheapest and most convenient lint-removal solution you’ll find. If you have a tape-covered lint roller, you would, obviously, use that instead of this method. In a pinch, though, masking tape is just sticky enough to pull off those bits of lint, pet hair, and fuzz without damaging the material itself.

The best method for removing lint when you're in a hurry.

Clear Scotch tape will also work, but it can be a bit trickier to work with due to its thinness. On the other hand, packing or duct tape can be too strong and pull at the underlying fabric.

In a few quick steps, though, you can turn masking tape into an effective lint remover:

The only downside to using this method instead of a product specifically designed for lint and fuzz removal is the tape can be a bit on the narrow side. You can extend the life of a piece by rotating it around your hand so a fresh section is always facing your sweater.

How to Remove Lint with Sweater Stones

Got a sweater with lint or pilling? Try a sweater stone! These tools are made from volcanic pumice rock for an all-natural approach. The idea is the rough, open texture of the stone will capture the raised lint and pills, while leaving the underlying fabric intact.

A natural approach for removing pilled bits of fabric from clothing, blankets, and more.

The trick with this method is to be gentle when you run the stone across the fabric. If you push too hard, you risk snagging the material underneath, so just apply enough pressure to get the pills to adhere to the stone.

Again, because each stone is natural, they’ll all have a slightly different texture. If you’re concerned about how it will affect a particular piece of clothing, test it first on a small area before using it on the entire sweater.

How to Remove Lint with a Fabric Shaver

A fabric shaver is a must-have to keep your sweaters looking new. These handy little tools use a powerful, high-precision blade to slice off the pilling and leave the rest of the fabric looking as good as new.

RELATEDGot an Itchy Sweater? This Hack Will Make It Super Soft

If you’ve never used a fabric shaver before, there’s no need to be intimidated. Most of them have a safety cover, which elevates the blades just enough to only slice off any raised fuzz or pills. They use a combination of suction/vacuum technology and whirring blades to make your clothes look new again.

The trick to using these devices is to avoid applying too much (or, really, any) pressure. Just follow these easy steps:

Keeping your sweaters looking nice doesn’t have to be a hardship. With these convenient lint- and fuzz-removal tricks, you can extend the life of some of your favorite cardigans and pull-overs, instead of dropping loads of cash on brand-new stuff. 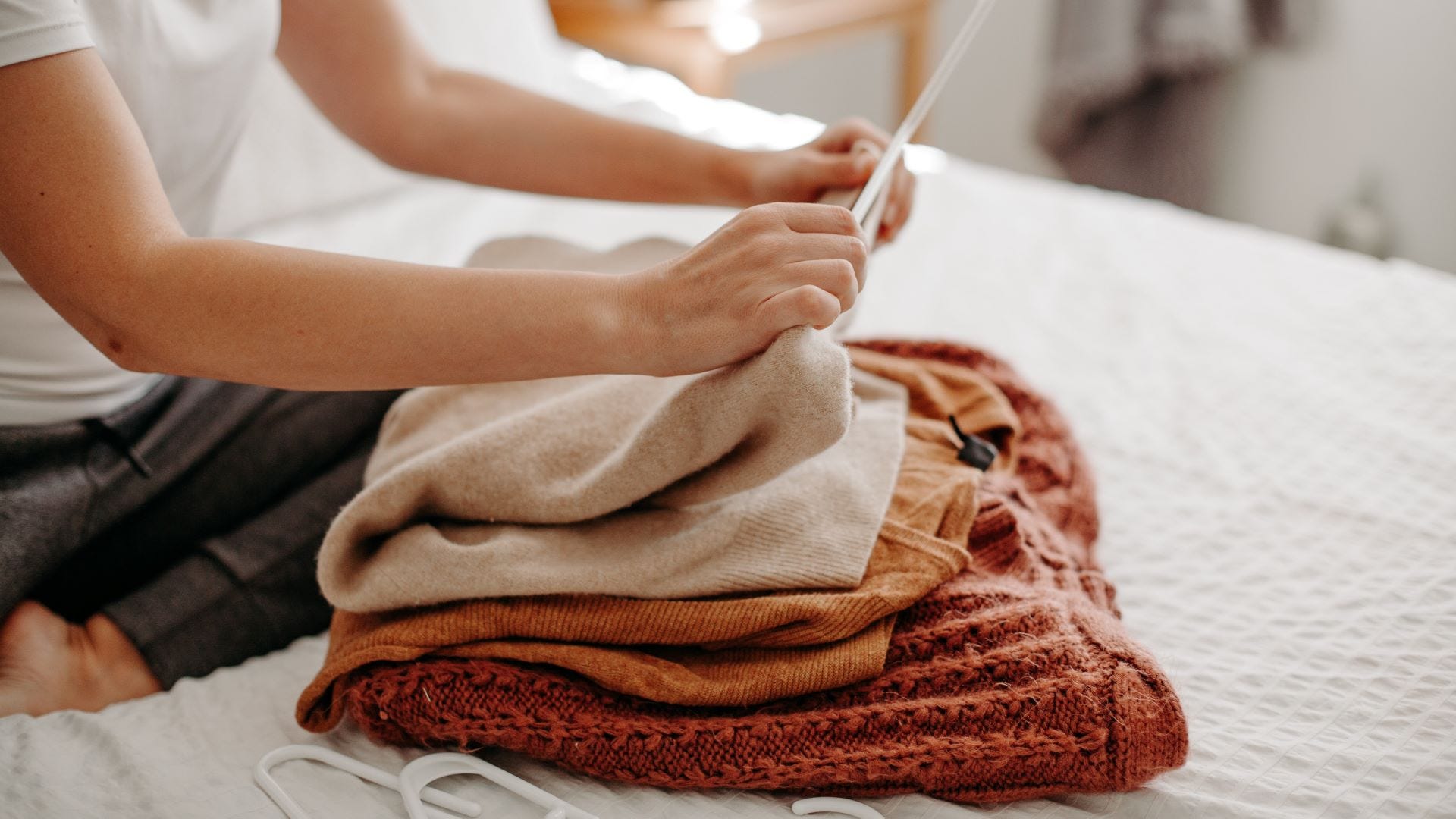