Kitchen real estate is highly valuable. After all, most of us only have so much room on the counter or in the cabinets for appliances, tools, and cookware. So, which kitchen accessories are worth the space they occupy? Well, in our humble opinion, these five kitchen helpers are worth the sacrifice.

We’re often hesitant to add large (and usually pricey) tools to the kitchen, as most of us have limited counter space and budgets. This means anything we wouldn’t use regularly is probably not going to be worth it. But, for most folks, these five kitchen necessities are definitely worth the space!

From tender pot roasts or artichoke hearts, to ridiculously fast hard-boiled eggs, this small appliance is like having your own kitchen assistant. The six-quart, seven-in-one version is ideal for most homes. It allows you to pressure or slow cook, make rice or yogurt, steam or sauté veggies, or keep a dish warm, all at the press of a button.

RELATEDGet the Most Out of Your Stand Mixer with These Attachments

Want shredded meat in record time? Throw that pot roast in a stand mixer, and then whisk it on medium for about three minutes for perfect strands of beefy goodness.

It also works wonders on mashed potatoes, creating smooth, creamy pools of starch. You’ll want to dive headfirst into it!

And that’s not even mentioning the attachment capabilities. Stand mixers like the five-quart Artisan series from KitchenAid come with add-ons that allow you to make everything from fresh sausage to ice cream. Plus, if you do decide to make a Genoise sponge cake or an airy batch of macaroons, this stand mixer will be your best friend.

This one’s pretty obvious, but if you don’t already have a Dutch oven, it’s time to invest! They’re useful for making all kinds of things, from chili to a bread bowl to serve it in.

Yes, these are typically big and heavy, and annoying to store. But that thick and weighted design is also what makes it perfect for making everything from deep-fried chicken to braised beef roasts.

If you can afford to splurge, we’re big fans of Le Creuset’s 5.5-Quart. It delivers superior heat distribution and is dishwasher-safe. Plus, whatever you make will look incredible served in this beauty.

Before high-powered blender/food processor combos, like the Ninja mega Kitchen System, you had to have a regular blender and a food processor to complete various kitchen tasks. That’s a lot of counter space!

You can lose both when you upgrade to this Ninja. high-powered blender with food processor attachment can do the job of both with just one bulky motor. That means less storage space overall. They tend to be expensive, yes. But, they also come with warranties, and if needed, parts like blades or lids are easily replaceable.

Okay, so adding another 12-inch skillet (and one with a cord, as well) might be tough to justify, but just hear us out. An electric skillet offers a ton of advantages.

First, it has a built-in thermostat, which, because it relies on a consistent oil temperature, makes frying anything remarkably easy.

Plus, they’re portable, so, if you want to sear a salmon filet without stinking up the kitchen, this is your new favorite tool. We like this model from Elite Gourmet because it’s nonstick, provides fast and even heating, and is even dishwasher-safe.

Spending the dough and the counter space on small kitchen appliances and tools is a big ask. To help you decide which accessories would be best to invest in, just bookmark this list of kitchen helpers we couldn’t live without. Depending on what and how often you cook, you might not need them all, but this list can help you get started. 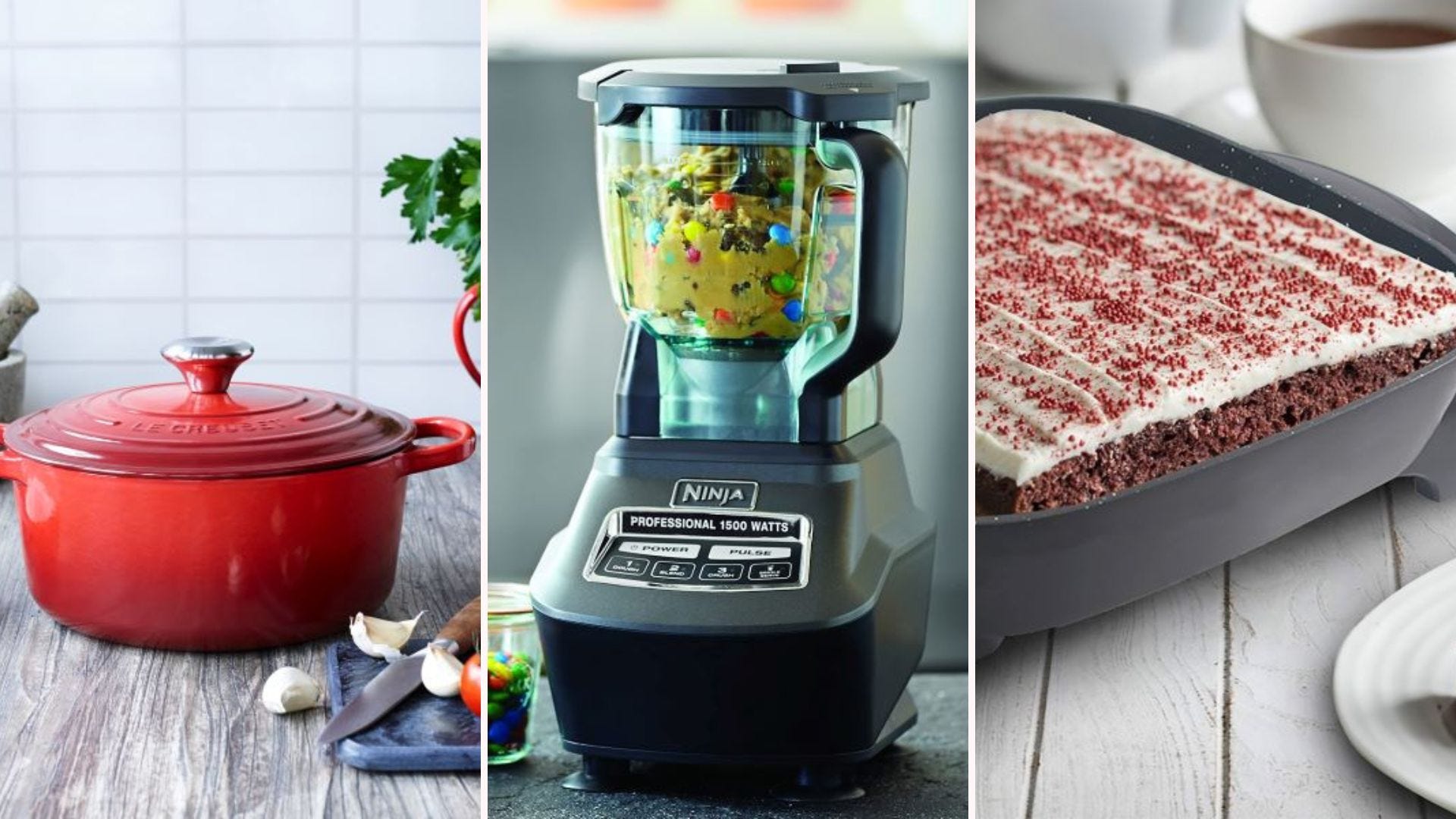