It’s time to say goodbye to flavorless, bone-dry birds, and say hello to terrific turkey. For some, it may seem an impossibility, but we promise. Put these tips to work, and you’ll wonder why you haven’t been serving turkey all year long!

Once a year, Americans go nuts for giant gobbling birds, and many of us have wondered why. After all, unless you’re the lucky relatives of Bobby Flay, or have the privilege of calling Martha Stewart grandma, you’ve probably tasted your share of terrible turkey. You know, the ones that need a scant gallon of gravy to gulp down.

But, just because American cooks have had a difficult time conquering this feathered beast, doesn’t mean it’s an impossible task. In fact, when done correctly, turkey is delightful. It’s moist and far more flavorful than chicken. Plus, it’s incredibly economical, given the amount of meat, stock, and gravy potential in each bird. We’re not saying you have to enjoy the turkey year-round, but if you follow these tips, you might want to!

Purchase an Ideal Turkey (And Start Defrosting In Time)

First things first, pick the right bird. When buying a turkey, you’ll need to consider the size and quality of the bird. In terms of size, one pound of bone-in turkey per person is a good rule to follow. Go up to one and a half pounds if you’re hoping to live off the leftovers in the next few days.

In terms of quality, you have a few options.  There are self-basting or injected birds. These are injected with a saline solution to help keep them from drying out in the oven. It sounds like a great idea, but the turkey often comes out spongey, and the ingredient list often resembles a mad scientist’s journal. We suggest avoiding these types of turkeys.

Instead, look for natural, free-range, heritage, or organic turkeys. Each type has it’s own regulations regarding how the turkey is raised and harvested, but all are sans additives and ideal for brining and seasoning yourself.

Regardless of what type of turkey you choose, if it’s frozen, be sure to give it enough time to defrost. You’ll need about 24 hours for every five pounds of turkey in a 40 F refrigerator.

As mentioned above, heritage, natural, free-range, and organic turkeys are all great candidates for brining. A dry brine, unlike a wet brine, doesn’t involve submerging your entire turkey. That’s ideal because a submerged turkey takes up a lot of fridge space! Instead, a dry brine is simply salt, and seasonings rubbed onto the skin of the bird. The bird is left, uncovered, in the fridge overnight.

Initially, the salt will draw the liquid from within the bird’s insides to its surface. Then, the salt and seasonings dissolve into the extracted fluid, essentially creating its own wet-brine. The wet-brine is reabsorbed into the bird overnight. As it’s absorbed, salt crystals work their way between the bird’s muscle fibers acting as natural tenderizers as they season the bird throughout.

By the time morning comes, your turkey will have perfectly dry skin, ready to crisp in the oven, as well as tender, seasoned meat. Any dry-brine recipe will work, but you can use our favorite one here.

Please, Save the Giblets

If you remove the giblets from your turkey before dry-brining it, you can make gravy the night before the big feast, saving you time on the holiday. The giblets will give you a ton of flavor so that you don’t necessarily need the traditional pan drippings. But you can certainly still mix them in after roasting the bird.

For an extra touch of umami in your gravy, try adding a little soy sauce. Soy sauce is filled with glutamates, the same components that give meat its savory flavor. If you add a little to your giblet gravy, no one will guess you didn’t make it from the drippings that day.

If You Want to Stuff, Stuff Hot

While many assume stuffing a bird will keep it juicy, the opposite tends to be true.  When you stuff a bird and cook it, the raw meat juices drip into the stuffing, contaminating it with all sorts of bird bacteria. That means you then must cook the bird until the filling reaches a safe temperature,  180 F.  To get the middle of a turkey carcass to 180 F,  you’re forced to overcook the rest of the bird.

The hot stuffing will help cook the bird from the inside while the oven does its work on the outside. It’s a great technique, but it comes with its risks. Should the stuffing drop to below 145 F at any point during cooking, it will need to come back up to 180 F to be safe to eat. That shouldn’t happen if its truly at 180 F when you place it in the oven, but just in case, keep an oven-thermometer in the stuffing throughout cooking.

If you don’t want to wait around all day for your turkey to cook, you can cook it in record time through spatchcocking or butterflying your bird. To butterfly a bird, you remove it’s back-bone and then lay it out flat on a wire rack over a baking sheet in the oven. Or, you can throw it on a grill. This sounds more complicated than it is, and there are many simple tutorials on the topic.

As long as you have a sharp pair of kitchen scissors, you’re good to go.

It’s a great way to cook a turkey because the flat shape means more even cooking (aka no dry breast meat with underdone thighs). Plus, because it’s thinner when laid out flat, it cooks faster too. And, since you’ve already removed the backbone, it’s a cinch to carve.

If there are constant arguments over who gets dark meat and who receives the light meat at your family’s Thanksgiving, consider going a different route. Rather than roasting a turkey whole, buy it in parts and cook the pieces accordingly.

Roasting the breasts separately from the legs has a ton of advantages. For one thing, you can prepare as much or as little as you’d like of a specific part. If everyone except Aunt Sue loves dark meat, then buy a few extra legs and roast them all together. The reverse is true as well; if the family all loves white-meat, forget the legs and buy two breasts.

And of course, roasting the bird in parts means you can remove individual pieces as they finish. So, you get tender and juicy turkey meat throughout.

Rest Before you Carve

Regardless of how you choose to roast your turkey, it’s essential to let it rest before you carve it. With a big bird, you need to give it at least thirty minutes before you slice in. Of course, this wait time is reduced it you roasted the bird in parts or used a smaller turkey.

Just know this, if you cut into your turkey directly out of the oven, it will be dry. All the juices are pulled to the surface of the meat while you cook. Cut in too soon, and they all run out. But, give the bird just a little time to cool off, and those juices will redistribute, leaving you with a juicy, tender cut.

And that’s it! That’s seven easy tips you can use to roast a perfect turkey this year. Put them to the test, and you might find yourself craving turkey all year long! 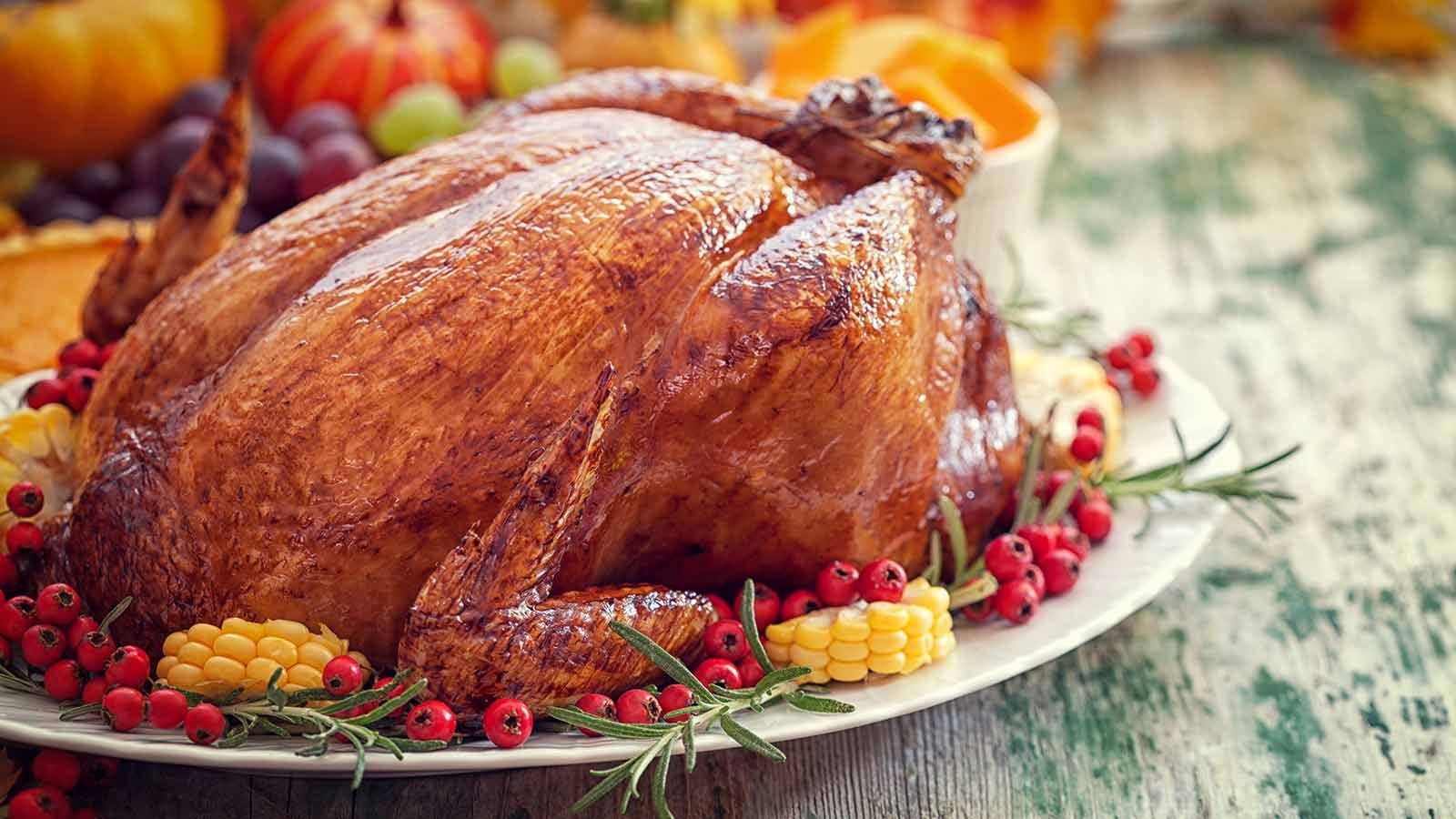