The idea of actually talking to your plants might sound more than a bit weird. But if having a chat with your pretty plum tomatoes actually did them some good, it would be worth it, right?

Gardeners work incredibly hard every year to ensure their plants are well taken care of. If you’re one of them, you’ve no doubt heard that talking to your plants might help them grow. We decided to find out if having a chat with your rose bush will help it flourish.

Truth or Myth?
What MythBusters Found Out
How Plants Respond to Vibrations and Carbon Dioxide

Talking to your plants to help them grow is an ancient old wives’ tale that has furrowed many a brow. However, some superstitions actually hold some truth.

To prove it beyond a reasonable doubt, scientific experiments have helped us get closer to solving the puzzle. In one study, researchers observed how plants responded to sound. The results showed that “proper sound treatment” positively affected plant growth.

Even Charles Darwin had a hunch about this. According to his son, Francis, Darwin focused on a plant’s evolution and adaptation to external stimuli. He went on to write The Power of Movement in Plants. It’s a must-read, whether you’re a botanist, gardener, or you’re just interested in Darwin’s intriguing career.

The Power of Movement in Plants

A fascinating read for plant-lovers.

What MythBusters Found Out

The show Mythbusters tested the talking to plants tale in one of their episodes. In their experiment, they took things a bit further, though. They also tested how plants responded to positive versus negative talk, as well as how they responded to continuous music.

Their study involved building seven, self-contained greenhouses filled with pea plants, all using distinct variables. The greenhouses looked like this:

Believe it or not, the plants that got the constant doses of heavy metal and classical music grew the best. The way plants were spoken to did not affect how well they grew. However, perhaps the most surprising result was that the silent control greenhouse was the worst performer.

While the samples conducted weren’t quite large enough to confirm or bust the myth, the evidence provided enough data to prove it plausible.

What conclusion can be drawn, then? Well, the data from numerous studies appears to show an improvement in growth in plants exposed to sound. But what exactly was it about those particular sounds that caused them to flourish?

Try your own mini-experiment at home.

How Plants Respond to Vibrations and Carbon Dioxide

From the studies that have been conducted, it appears that plants are stimulated by sound, but why do some sounds work better than others?

According to Gardening Know-How, it’s not so much about the sound of music or talking, but the vibrations. Essentially, sound is energy; it’s what instruments and voices produce when they vibrate.

When someone is talking or music is played, the pitch of the sound creates vibrations from the sound waves. Simply put, those vibrations produce movement in plant cells, which causes plants to produce more nutrients, and grow better. Pretty cool, right?

Southern Living also suggests that when we talk to plants, our breath releases carbon dioxide. Plants then convert it to oxygen, which, in turn, helps them grow.

Still, other factors, including light, water, soil quality, and level of care, also have a huge role in how well or fast a plant grows. When it comes to the effects of sound on plants, the consensus among the botany community is that more research is needed to draw a firm conclusion.

However, if you want to start taking your morning coffee out on the porch and have a little chat with your petunias, they just might end up being the prettiest on the block.

Sure, the thought of talking (or singing) to your tomato plants might sound a bit odd. However, it would appear that this is one myth that might hold a kernel of truth. Conduct your own experiment, and see if chatting with your garden doesn’t give you a bigger, better harvest! 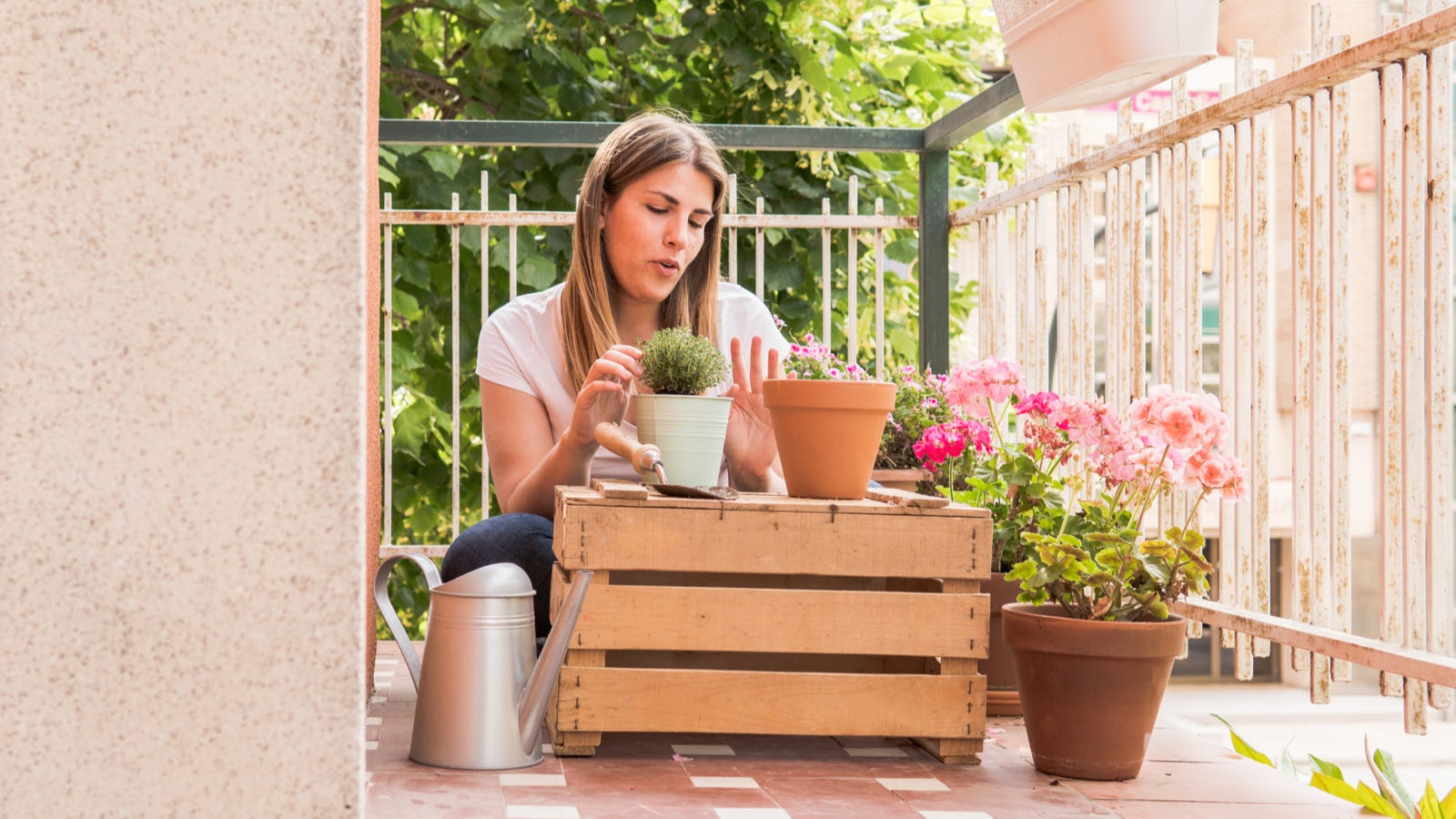 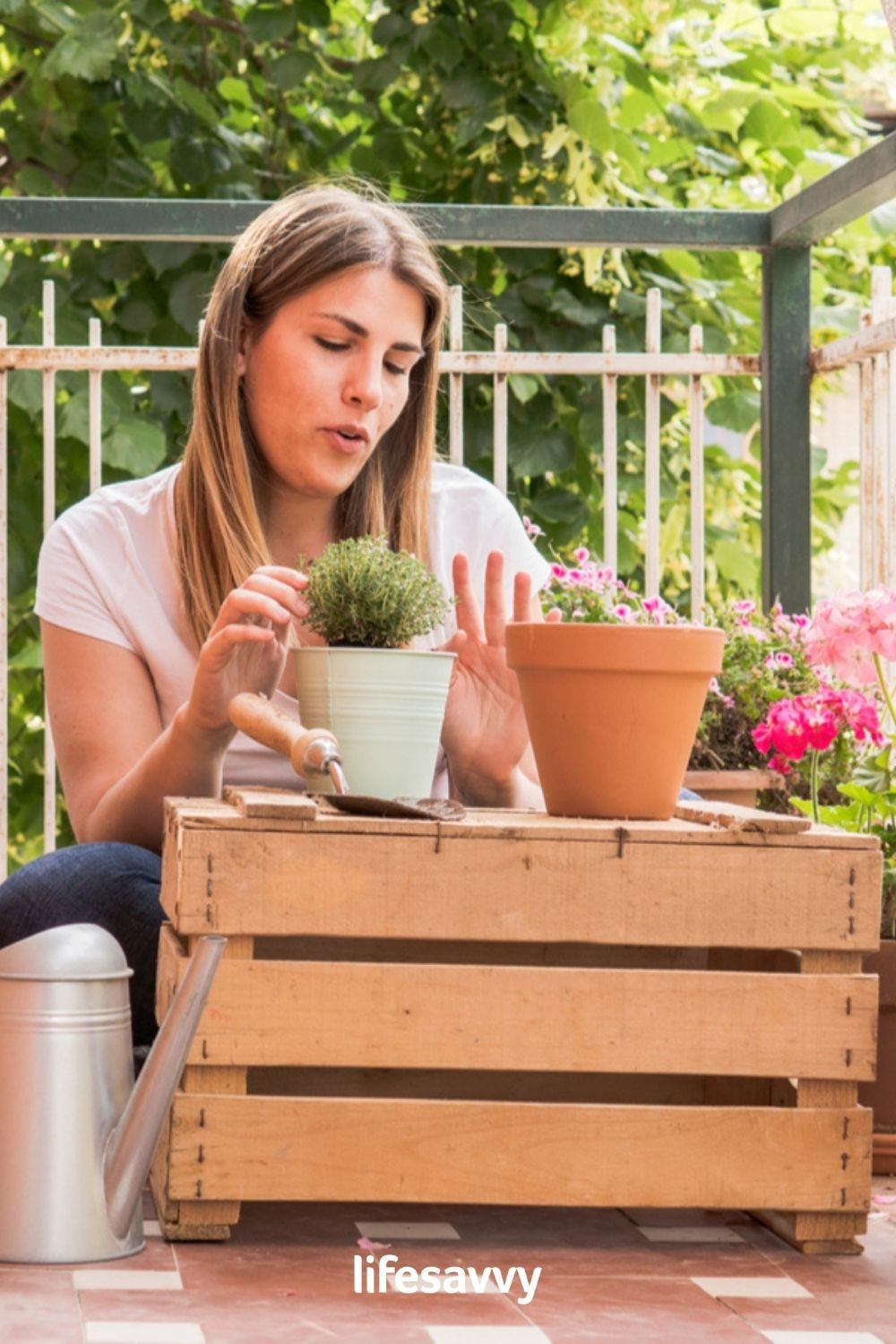