Buying a turkey used to be easy. You picked the right size bird from the frozen bin at the store; that’s it. Today, though, you have access to a wide range of turkey types. Which leaves us with just one question: which one do we buy?

If you thought you would simply head to the local supermarket to grab a standard turkey this year, you might be in for a surprise.  With an abundance of marketing terms (some regulated and some not), a variety of breeds, and an incredible difference in price, there’s no such thing as a standard turkey.

It’s easy to get bogged down by the staggering amount of information to consider, like the turkey’s age, where it was raised, and whether it’s worth an extra $8/lb for a specific breed. So, we’ve done the considering for you. Read on fellow Thanksgiving hosts, and we’ll help you choose the perfect turkey this year.

Once a year, supermarkets like to charge a pretty penny for “fresh” turkeys. We say, “fresh” because, more often than not, they’re actually frozen and then defrosted.  See, turkeys are almost always flash frozen upon harvesting. It’s standard practice, and doing so retains the flavor and desired texture of the bird.

Every once in a while, a supermarket or, more likely, a farmer’s market, will have truly fresh turkeys. But, there’s a catch. If it’s really a fresh bird, it must be cooked within two days. So, that means you should be buying it no sooner than the Tuesday before Thanksgiving.

Most of us don’t like to leave the main dish until the last minute. We also can’t call any turkey farmers close friends, and so a genuinely fresh bird isn’t a likely option. That means, for the majority, a frozen bird is going to give the best results. Just be sure you start defrosting well in advance. Every five pounds of bird takes about 24 hours to defrost.

Nature didn’t deliver us a massive amount of white meat in a turkey. Instead, we genetically engineered this bird to fulfill the desires of an American pallette. It’s not known for being the best in terms of flavor, but it does give you a lot of breast meat to share, which seems to make most American families happy.  It is by far the most common type of Thanksgiving turkey. But, how it’s raised and harvested can vary greatly.

Heritage breeds of turkey are smaller and gamier than their broad-breasted cousins. These are the turkeys that still retain some of their wild characteristics. They pack more flavor and come with a hefty price tag. A typical broad-breasted turkey comes in at an average of $1.42/ lb, according to the U.S. Farm Bureau. A heritage bird can cost upwards of $8/ lb.

Heritage breeds are universally free-range and typically pastured. They don’t thrive in traditional captivity, so you can expect these birds to have all the gamey flavors that come from a natural diet of insects and bugs. By law, heritage breeds cannot be given steroids or any treatment that would accelerate growth or shorten their natural life-span.

Self Basted vs. Natural Vs. Organic vs. Free-Range

Unless you’re willing to spend the extra money on a heritage breed, you’ve probably decided on a frozen, Broad Breasted White turkey at this point.  As mentioned above, though, there are many options for how that turkey is raised and harvested.

All heritage breeds are free-range. But, Broad Breasted Whites can take several different paths. Each of them means a different flavor, texture, and cost for you and your guests. Below is a list of terms commonly used to define and market turkeys. Unless noted, these are USDA regulated terms, so you can trust them to be accurate.

Self Basted: This means the turkey is injected with flavor enhancers, fats, and possibly broth to create a better taste. The basting solution will be listed on the packaging. It should look something like:

“Contains up to 3% of the Following Solution: (lists ingredients here) “

Natural: This means no artificial flavors or preservatives can be injected into the meat. However, the bird can be treated with salt solutions, injected with plain water for plumping, and given antibiotics.

Organic Turkeys: These have grown up solely on organic feed with no antibiotics whatsoever. Water and salt are considered organic ingredients, and so the turkey meat can still be plumped up with salt solutions. While these birds can be kept in cages, they must have access to sunlight and fresh air at some point in their development.

Free-Range Turkeys: Heritage turkeys will be free-range by their very nature, but free-range Broad Breasted Whites are available. Legally, free-range means that the animal is allowed outside in an open pen for at least some part of their existence. How often this happens and how big the free-roaming space is will vary greatly between farms.

Free-range does not indicate that the turkey is free of antibiotics, and it does not mean the bird is organic.  Given the price tag that tends to come with the free-range label, you might want to do some research on the actual farm the turkey comes from. Often free-range birds are raised in a way that’s very similar to their organic counterparts in that they aren’t treated with steroids or antibiotics. But, all the label promises is that the turkey had some space to roam.

A Note on Pastured Turkeys

“Pastured” is used to describe turkeys that have been raised entirely outdoors and are, therefore, moved from pasture to pasture to replenish their food supplies. They may not be a heritage breed and aren’t fed organic food, but they do have space to hunt and peck for bugs and insects they way turkeys and chickens have evolved to do. This means their flavor is different and often cited as better than a commercially raised bird. However, the term pastured is not regulated or certifiable the way free-range, heritage, and organic are. So make sure you trust the seller.

A Note on Kosher Turkeys

Kosher is a certification given in accordance with religious practices. Kosher birds are always brined in salt as part of their preparation. There are also several regulations regarding slaughter. Whether any of this makes the turkey taste better is a matter of debate, but you should know never to brine a kosher bird at home. You’ll end up with a doubly salty piece of poultry!

Buying a turkey isn’t such an easy decision today. We’re a culture that thrives on choice and individuality, and that’s extra obvious in the world of poultry. But, that doesn’t mean the decision should stress you out. It’s only a bird! So save your decision-making skills. After all,  once you’ve got the turkey, you still have to decide how to cook it! 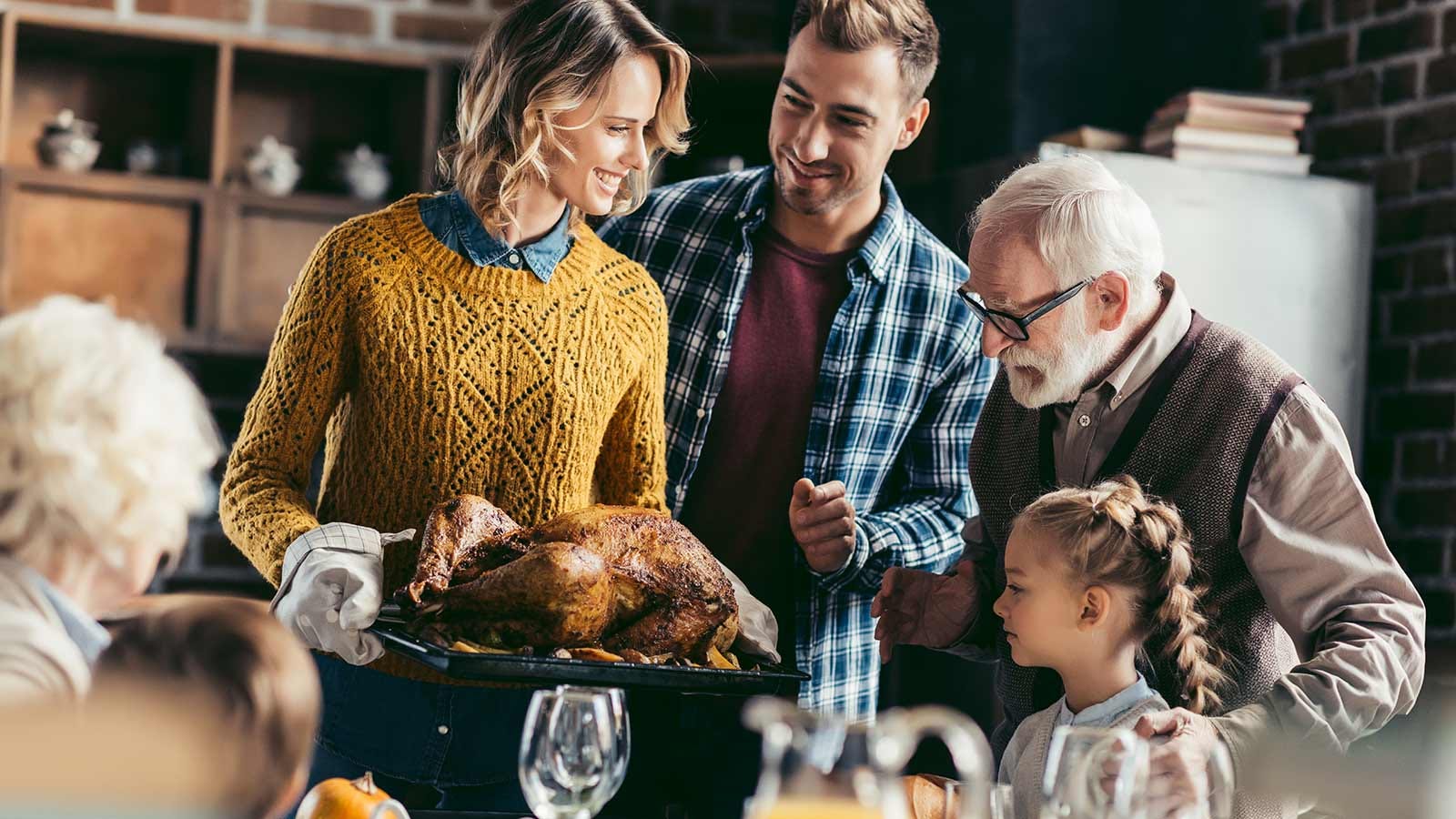