When you make the bed with clean sheets, what do you reach for?

You probably grab new pillowcases, a bottom sheet, and a top sheet. If you want to get fancy, you might even switch out the duvet cover. And as anyone who’s ever had to work around a playful cat or fold a bottom sheet knows, the simple task of making the bed can be a bit of a pain.

Is there any way to make it easier?

Europeans seem to think so: they typically don’t use a top sheet. Instead, they just wash the duvet cover a bit more often. However, this top-sheet-less practice makes some people in the U.S. react with shock and disgust: how can you possibly commit to washing a duvet cover as often as a top sheet?

So, what’s the verdict? Simplify your bedding routine by ditching the top sheet, or keep it in the name of pristine cleanliness? Let’s weigh the pros and cons—but at the end of the day, the choice is all yours.

The Case for Duvet Covers

If you’ve ever woken up tangled in the sheets, you might like the duvet cover solo simply because it’s harder to get tangled in. Not only does making the bed get easier, but so does sleeping in it—at least if you tend to toss and turn.

It’s also very easy to make a duvet look nice on top of the bed, while a top sheet always seems to take some tugging and careful arranging to get the wrinkles out. Tossing a duvet cover on your bed is a far easier affair that doesn’t end with you wrestling a tangle of fabric into shape.

You can also wash the duvet cover just as often as you’d wash a top sheet. Top sheet users might be in the habit of washing their duvet covers infrequently. But if you get rid of the top sheet, there’s nothing to stop you from pulling off that duvet cover and throwing it in with your weekly or biweekly bedding wash.

The Case for Top Sheets

With that in mind, why keep a top sheet?

For some people, the sheet still adds some welcome convenience. Sure, it’s harder to make a bed with a top sheet involved. But is it really that much harder? After all, your comforter or blanket still goes on top, so there’s no need to worry about a few extra sheet wrinkles.

If you have issues with your top sheet shifting around at night, you can also buy an innovative solution: the fitted top sheet. They’re a little harder to find, but they can solve your problem without forcing you to ditch the top sheet altogether.

Finally, a top sheet also lets you use those blankets and comforters that don’t lend themselves well to duvet covers and are harder to wash. Love your handmade quilt or oddly-sized blanket? A top sheet will extend the time between you having to figure out how to wash it.

If you’ve always used a top sheet, we suggest giving it a go without one, just to see what the other side is like (and vice versa). It’s good to have options!

But bedding is a personal affair in one of the most private parts of the home. The top sheet question is a fairly polarizing bedding issue, but neither one of these methods is truly better or cleaner than the other—so do what feels right, and don’t let anyone tell you that you’re wrong. 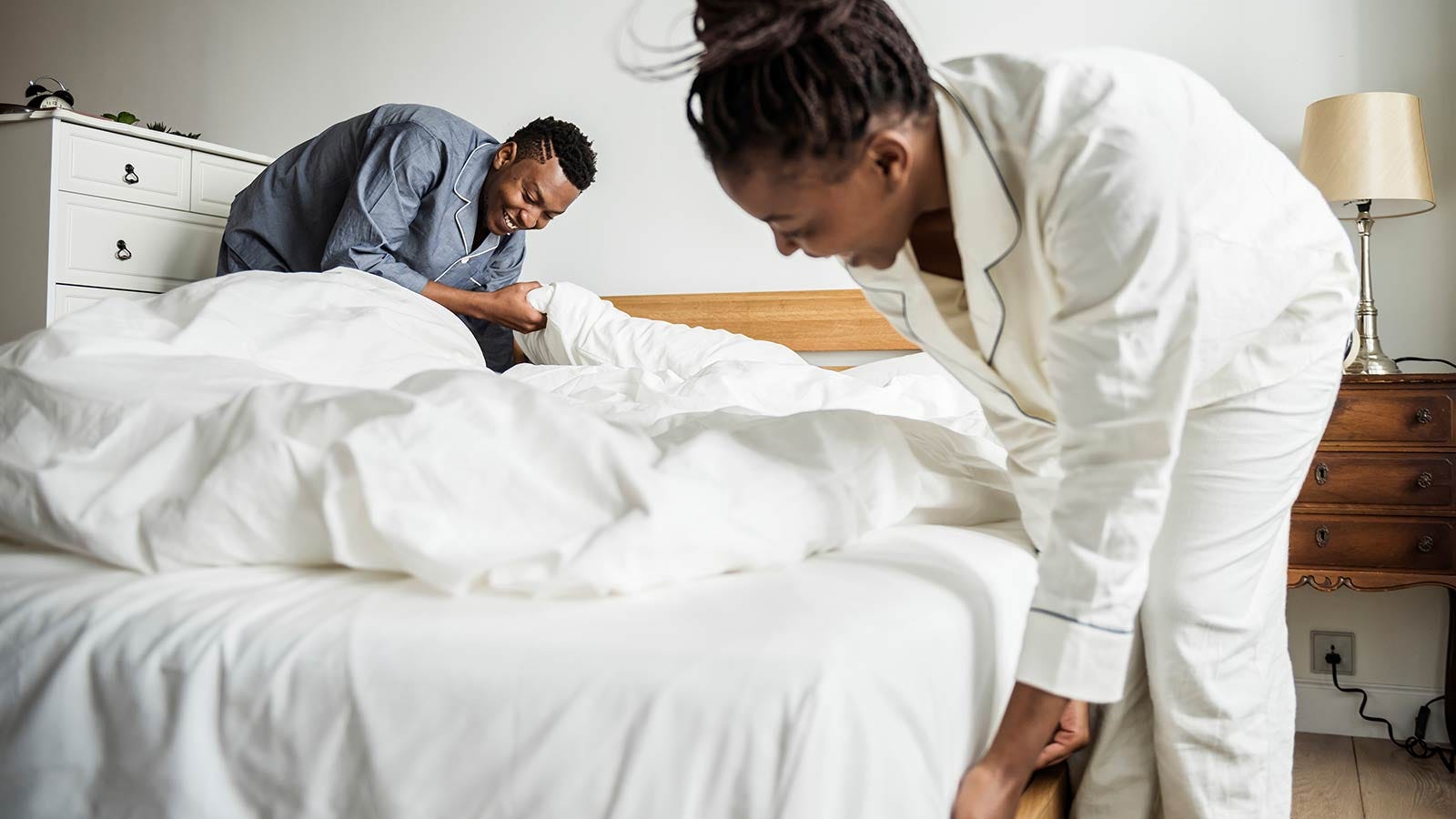