Do you ever find yourself craving a snack you cherished as a child? The memories connected to some of our favorite childhood foods make them taste even more delicious 30+ years later, and we’ve got 13 classics to prove it.

If the thought of heading to Blockbuster to rent a movie, scrambling to buy the latest beanie baby, or playing hours of Super Mario Bros. on your Nintendo all give you the warm fuzzies, these 13 classic snacks will really have you feeling nostalgic—and you can still buy most of them, too.

We’ve all indulged in a Little Debbie swiss roll, oatmeal cream pie, or zebra cake at one point or another. Luckily, most of their OG classics still exist, and you can get them at any gas station, supermarket, or online.

Unfortunately, the 1960s sweet snack has a few discontinued cakes you’ll likely never see again, including spice cakes and coconut sticks. I don’t know about you guys, but as long as the crispy, peanut butter-stuffed Nutty Buddy sticks around, we’ll have no problems here, Deb!

In case the craving kicks in!

Whether you enjoyed guzzling these sugary drinks yourself, or you remember sending your kids off to school with one in their lunch box, Squeezits were iconic in the 1980s and ’90s. Made by General Mills, these came in flavors like Grumpy Grape, Chucklin’ Cherry, and Berry B. Wild.

Squeezits rocked the shelves at supermarkets everywhere back in the day, and they were probably to blame for many sugar highs. Unfortunately, you won’t find them today, as they were discontinued in 2001.

Although they made a quick reappearance back in 2006, they eventually vanished for good but the memories shall live on forever. If you really need a Squeezit fix, you can try the Kool-Aid’s version.

The closest you can get to a Squeezit these days.

Giggles was a popular ’80s snack by Nabisco. They were vanilla-flavored on the outside, chocolate fudge on the inside, and had two holes for eyes on top and a smile. The laughter lasted about a decade before the cookies were taken off shelves in the early 1990s.

If you ask me, a cookie that’ll give you a case of giggles should have never been discontinued! We could all use a giggle now and then, especially when it tastes like chocolate fudge mixed with vanilla.

Founded in 1975, Famous Amos Cookies‘ success story has hit a few bumps along the way. Lucky for us, though, this company is still going strong today, thanks to Wally Amos and his Aunt Della’s cookie recipe!

While tons of other brands make chocolate chip cookies, none of them quite give you the nostalgic feels the same way a pack of Famous Amos does. No doubt, this is due to all the fond childhood memories you have of eating them at school or as an afternoon snack when you got home.

Made with premium Ambrosia chocolate chips.

Lunchables were the one thing most kids hoped to find in their lunches in the ’90s. Nothing was quite as exciting as opening your Teenage Mutant Ninja Turtle lunch box and seeing that classic golden package inside.

Whether Ham and American Cracker Stackers were your favorites, or you couldn’t wait to indulge in some Nachos with Cheese Dip and Salsa, these prepackaged goodies are still beloved today by both nostalgic adults and kids enjoying them for the first time.

In addition to the OG classics you can still find in supermarkets today, there’s also now an entirely new line called Uploaded Lunchables. Targeted at teens, they feature much larger portions.

Kudos, made by MARS, was a popular ’80s and ’90s snack that found its way into lunch boxes across the U.S. thanks to its being marketed as a healthy, yet delicious, crunchy snack. Unfortunately, it wasn’t long before critics pointed out that these “granola snacks” were far from nutritious, and were really just a candy bar

Classic flavors like Nutty Fudge, Chocolate Chip, and Peanut Butter eventually expanded to M&M and Snickers variations before disappearing entirely in 2017. Don’t despair, however—next time you get a killer craving for these bad boys, you can make a batch yourself.

Get the Recipe: A BaJillian Recipes

While casually dipping graham crackers into frosting might not be the healthiest snack, Dunkaroos made it seem perfectly okay in the 1990s. Just like frosted hair and mood rings, these snacks were insanely popular back then, but there’s no reason to look back in sadness because they’re back!

Thanks to a relaunch in 2020, you can now find these in grocery stores everywhere once again, or just order some online.

How do you dunk your 'roos?

While Totino’s Pizza Rolls were known for scalding your mouth with bursting hot tomato sauce, that painful memory pales in comparison to the savory taste that followed.

It’s no wonder these were (and still are) insanely popular—after all, what kid doesn’t love pizza? Plus, they were microwavable, so all those latchkey Gen Xers could easily make their own after-school snack.

If you haven’t had them in while, indulge your nostalgia next time you’re in frozen foods. These scrumptious little treats won’t let you down. This time though, try dipping them in a bit of ranch. We promise you won’t be disappointed.

Yeah, you might wanna let them cool for a minute...or ten.

Hot Pockets by Nestle were another lunch and after-school favorite, thanks to their convenience as a quick microwavable sandwich solution. Invented in the 1970s, they eventually launched in 1983, but it wasn’t until the 1990s that they really caught on.

While not every flavor survived through the decades, several originals, like pepperoni pizza and ham and cheddar are still popular today. You can even get a breakfast Pocket.

Anyone with a sweet tooth remembers Betty Crocker’s Fruit Roll-Ups. Similar to Fruit by the Foot, these odd, bright-hued, fruity-tasting sheets of deliciousness are made of fruit pectin and sugar.

They’re also still around, so grab a box for a fun reminder of the good days, when we all cherished only the snacks our dentists detested.

In 1914, a newspaper vendor by the name of N.M. Wheatley had an exchange of words with one of his customers, which resulted in a purchase that would change the cookie game forever.

After trying some unusually delicious cookies, Wheatley decided to buy the rights to the recipe and eventually began baking 2,000 of the goodies each day and named them Mother’s Cookies.

Still beloved today, you can find these in most grocery stores, and even follow the company on Instagram.

When you think of Gushers, it’s all in the name. These treats “gushed” refreshing bursts of sweet juice in your mouth with every bite. You probably also remember the iconic commercials, in which kids’ heads turned into giant fruit whenever they ate one of these snacks.

Both the snacks and the commercials were odd, but that’s part of what made these so memorable for ’90s kids even decades later.

The soft gummy outer shell, which encased the inner fruit-flavored juice, created a unique snack that kids loved finding in their lunch boxes. The bright colors were just as appealing then as they are now. Plus, there’s all the memorable feels you get whenever you taste that fruity, gushy flavor!

Doritos 3D, by Frito-Lay, originally came out in the late 1990s and stuck around for a short while before being removed from shelves due to very little demand. However, some of us (ahem!) loved these and suffered great pain and disappointment when they disappeared forever.

Luckily, however, they’re back! They even have a new and improved flavor and texture. Superfans immediately celebrated the return of these puffed-out versions of regular Doritos and couldn’t wait to experience that tasty crunch again.

Indulging in food nostalgia is a fantastic way to feel like a kid again. Next time you’re longing for a break from adulting, grab yourself one of your favorite after-school snacks, curl up on the couch, and check out these and other vintage commercials on YouTube. 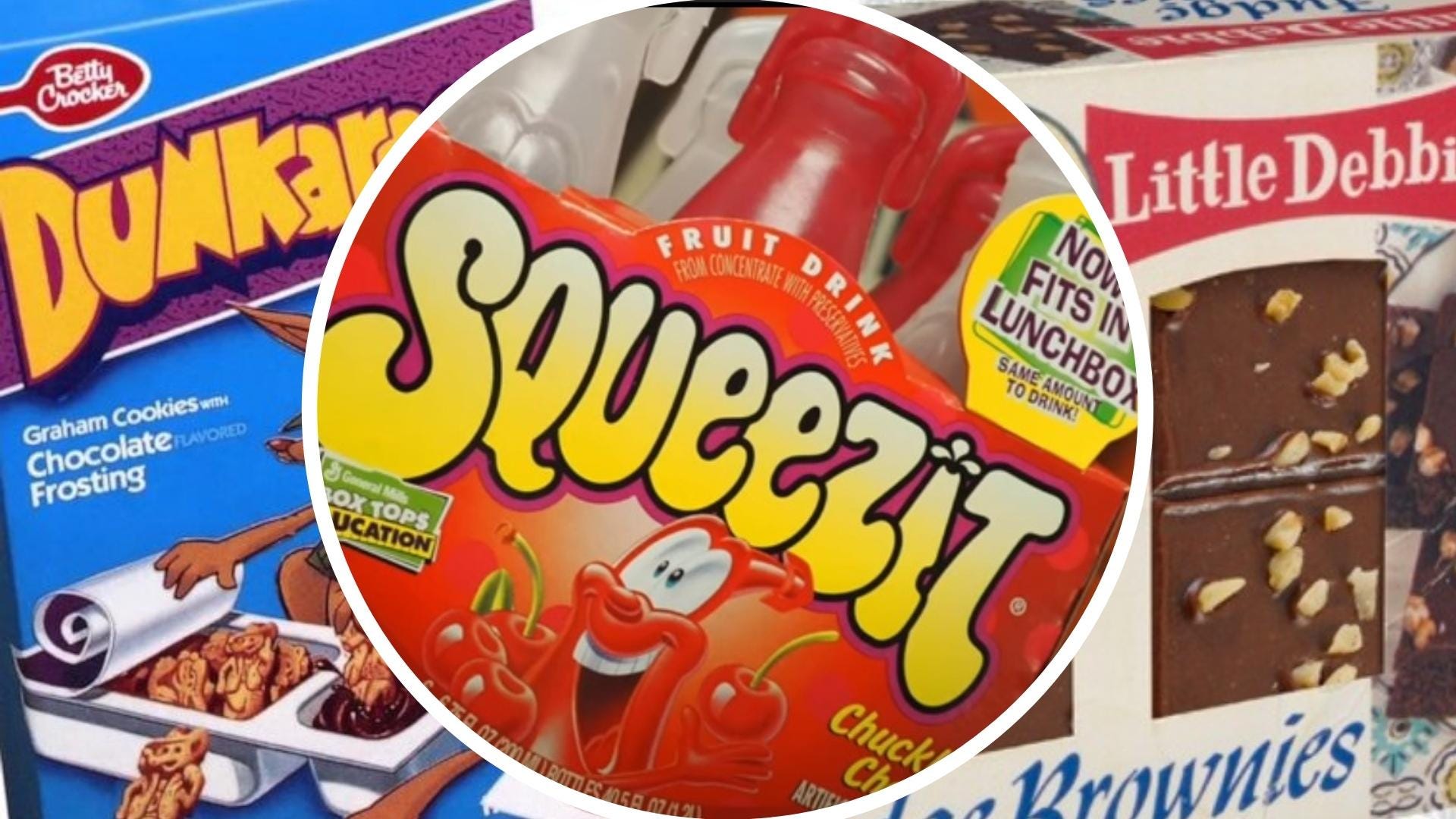 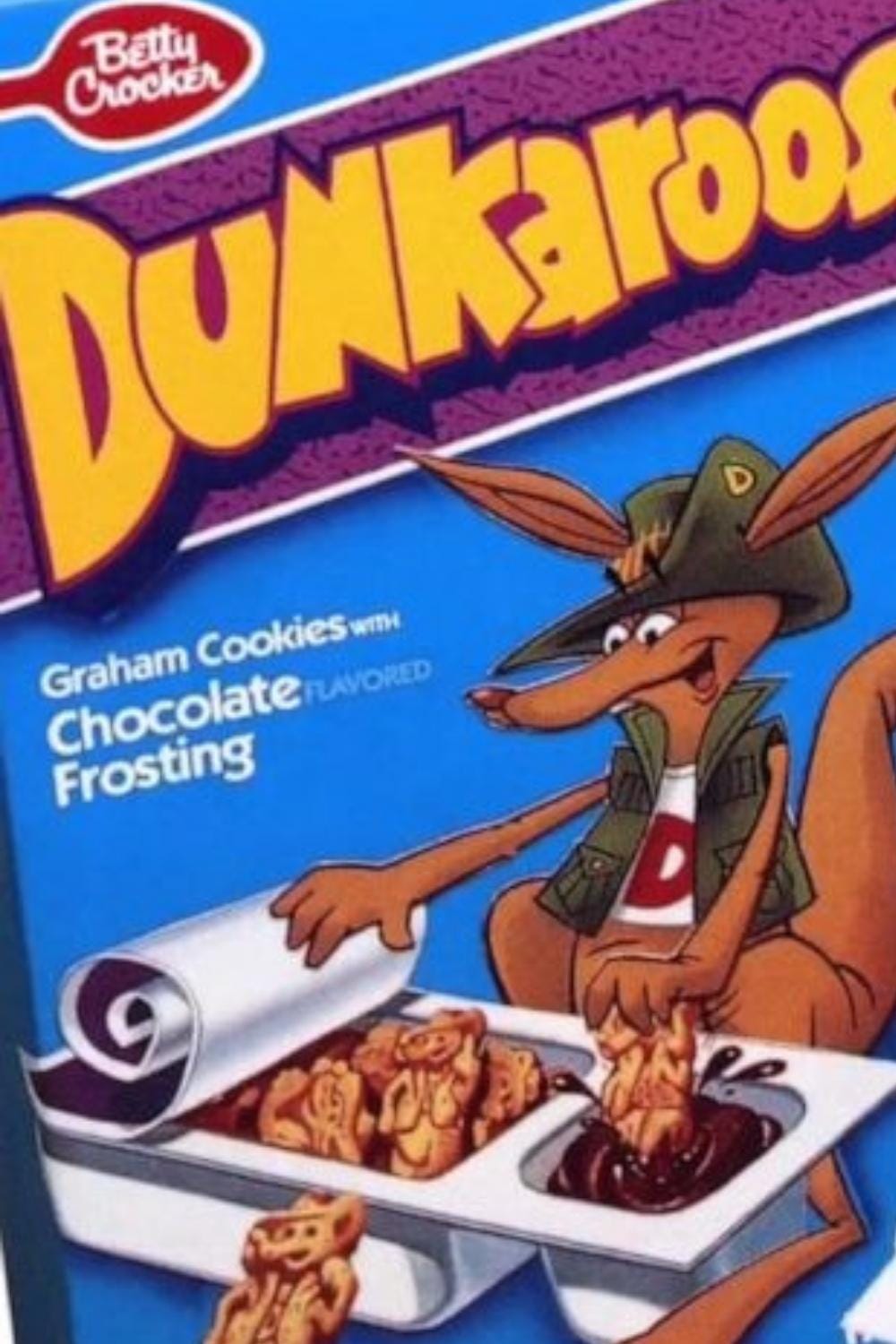