No matter how hard you try to prevent them, food odors seep into your refrigerator. You’ve likely popped a box of baking inside to help, but for some reason, it’s not cutting it.

Your baking soda isn’t to blame for the lack of odor elimination, though. It’s simply how you’re using it.

Baking soda is perfectly capable of eliminating mild food odors because it’s a weak base that interacts with both acidic and alkaline compounds. The smells in your fridge are essentially tiny acidic particles floating around, and the baking soda is able to absorb and neutralize them.

The flow through design of this Arm and Hammer baking soda box can also help with absorption.

So why doesn’t it always work in your fridge? There’s probably not enough baking soda surface area exposed.

The individual crystals that make up baking soda have to come into contact with the smelly particles. When only the smallest amount at the top of a box is available, only so much odor can be eliminated.

To fix this and allow the baking soda to do its work, pour a cup of soda into a shallow, open container and spread it out as much as possible. Now, more crystals can absorb more smell. You can also sprinkle a bit of baking soda into your crisper drawers for even more odor eliminating power.

Switch out your baking soda every three months to retain freshness, and you’ll have a fresh fridge. 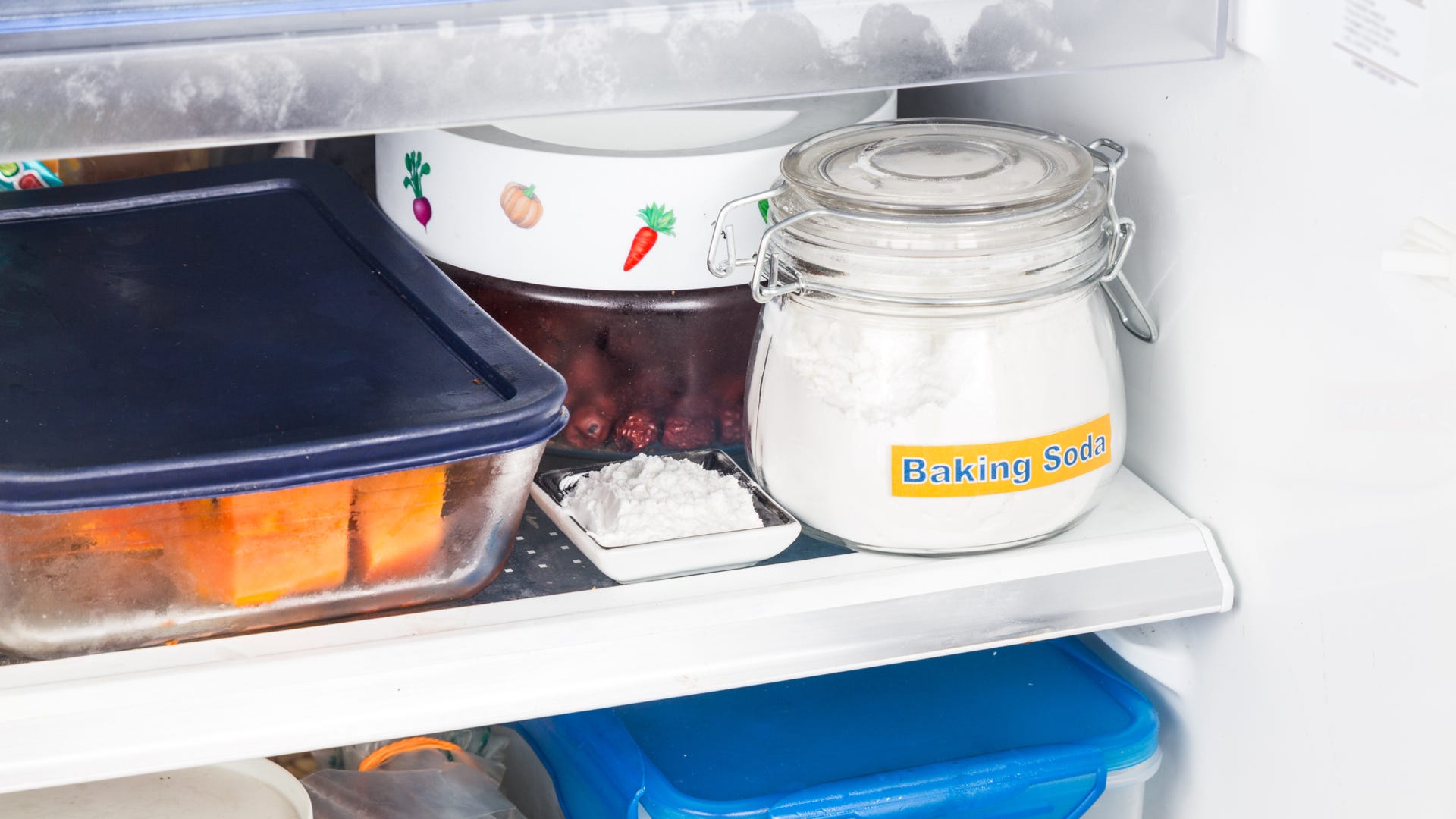 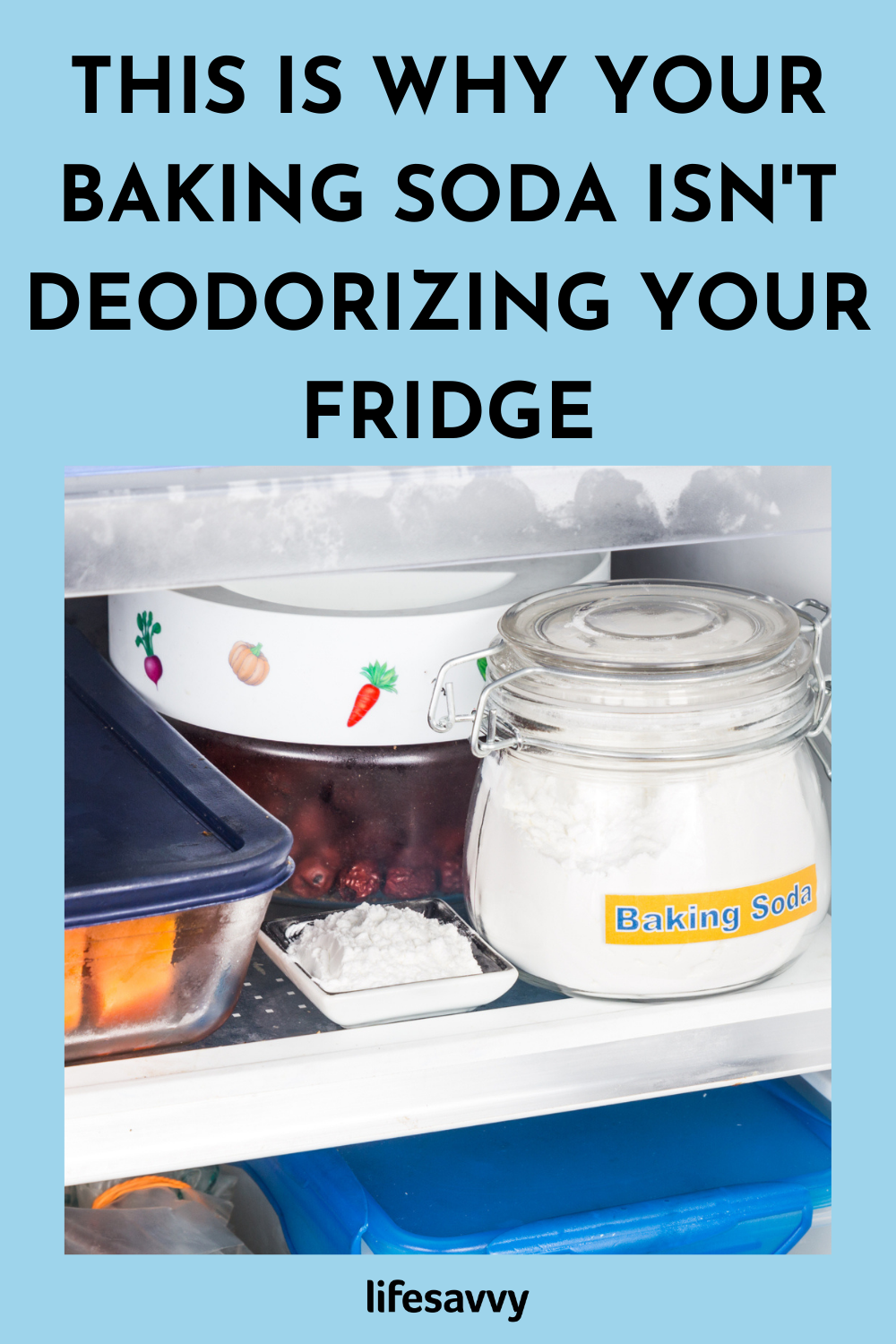