A cucumber is a cucumber, right? Well, not exactly. If you’ve seen a thin, funny-looking cucumber wrapped in plastic, that’s an English cucumber, and it’s not the same as the ones you typically purchase.

An English cucumber is a thinner, longer, and non-waxed variety, and yes, you do eat and serve it a bit differently than your typical one.

Most people purchase slicer cucumbers. These are the heartier, waxy versions that have a thick peel and a bit of bitterness. But unlike slicers, English cucumbers have a sweeter flavor, and the skin is much thinner.

While you might remove the skin of a slicer cucumber, the English cucumber can be eaten as is. They’re actually similar in flavor to those adorable mini cucumbers you might see in the store.

The seeds in both varieties also affect flavor. With slicer cucumbers, they’re more pronounced and should be removed to avoid adding bitter flavors. English cucumber seeds, however, are small and can be eaten without any adverse taste.

Now that you know the difference, when should you use each one?

English cucumbers are great for raw dishes since you don’t need to deseed or peel to remove the bitter flavor. Think of using them on a crudité platter, for cucumber sandwiches, and in spring rolls.

Slicer cucumbers are better for things like pasta salads. The thicker peel means they hold up better against dressings without getting soggy. They’re also great for things like cucumber roll-ups because of their heartier nature.

The next time you’re grocery shopping and spot an English cucumber, you might want to pick one up for your next charcuterie board. 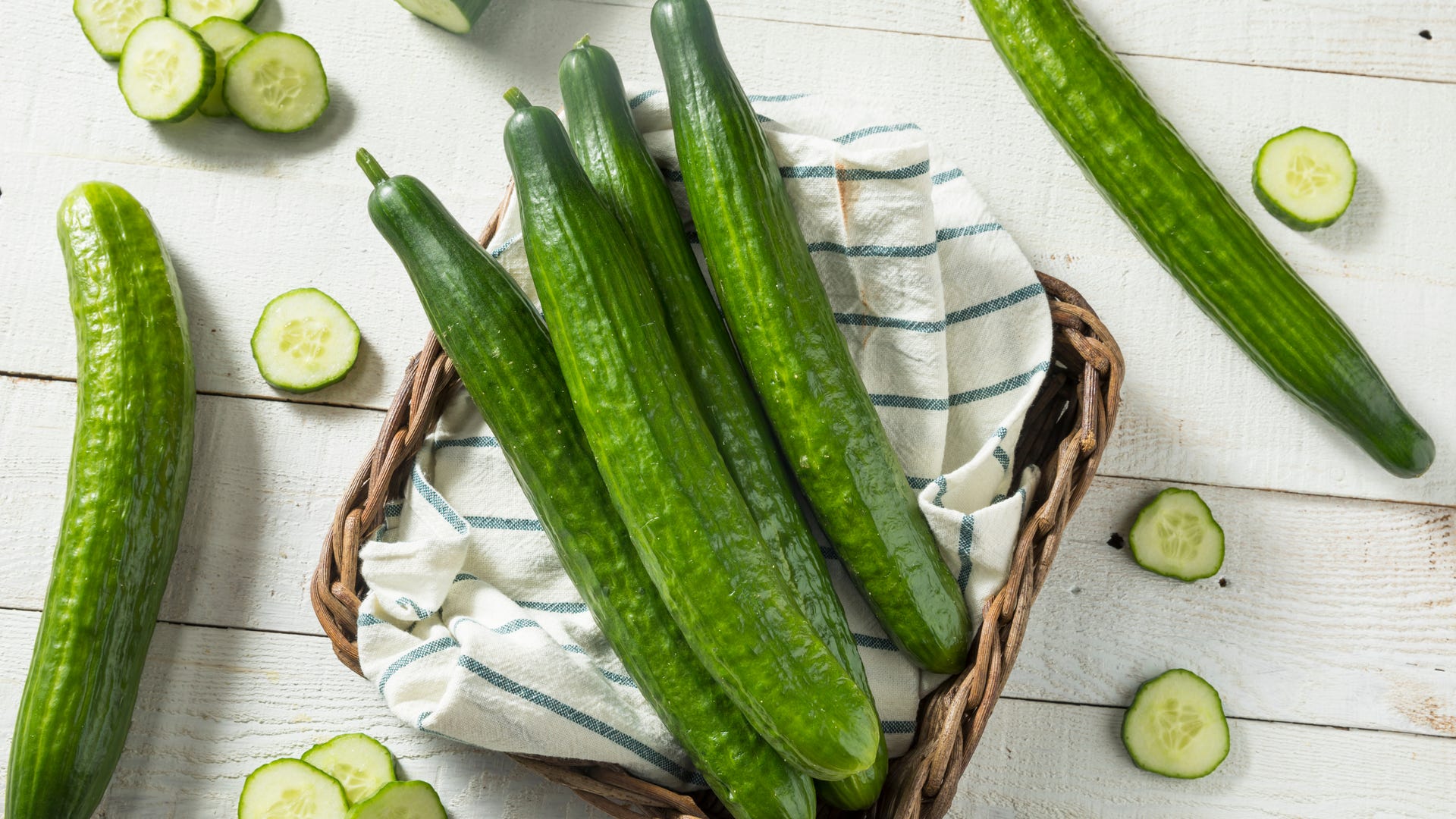 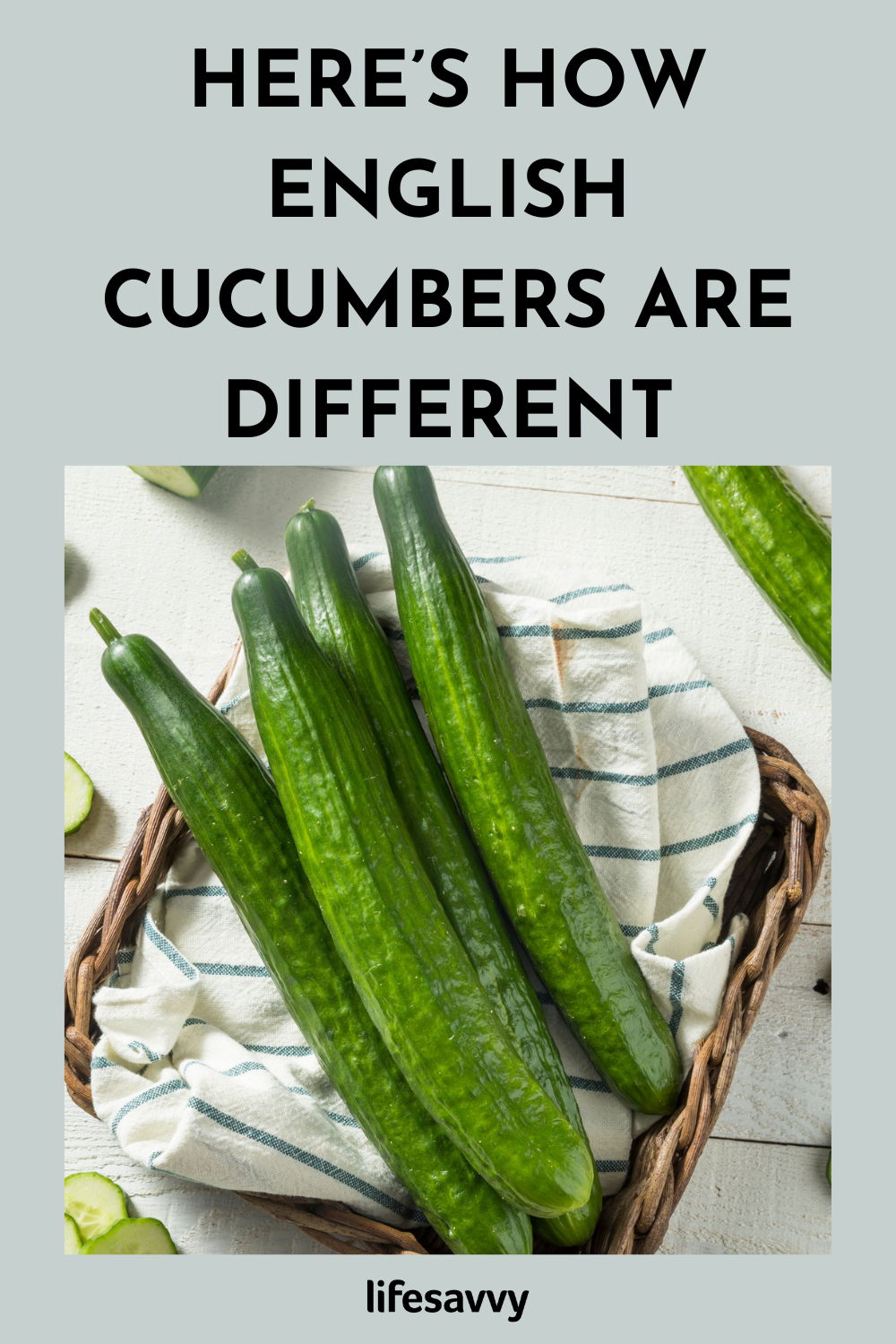