Update, 6/20/22: The North American Olive Oil Association has spoke with Le Creuset regarding these claims as well as provided reporting on olive oil’s benefits and cooking usage. This piece has been retracted and corrections made here.

In a statement to the Olive Oil Times, Le Creuset stated its cookware can be used with any oil or fat within temperature recommendations. Damage—such as a brown film—caused to ceramic and non-stick pans as well as other cookware is due to inappropriate cooking technique, not burning or smoking olive oil. In fact, olive oil is unlikely to reach its smoke point as moisture and food absorb the heat of the pan.

While reporting initially shed doubt on the suitability of cooking with olive oil, it is a safe, stable cooking oil that has health benefits which can be transferred to food during the cooking process. Home chefs should continue to use olive oil within their specific cookware brand’s temperature recommendations.

Like many, you probably frequently cook with olive oil. It’s one of the most widely available and flavorful oils, but unfortunately, it might be ruining your pans.

When used on higher heat, olive oil can damage ceramic pans and other expensive cookware.

Brands Le Creuset and Smeg have both pointed to olive oil as a potential means of damaging cookware, but it’s not just using olive oil in the pans. It’s how you use it. Olive oil that’s heated to the point of smoking or burning can have less than savory impacts on your cookware.

When your oil begins to smoke or burn, it can leave behind a brown film on the bottom of the pan that is difficult to remove. The film creates a barrier between the pan’s surface and your food, altering the flavor.

If you're investing in quality cookware, care and maintenance are required.

It’s not just ceramic or coated cast iron either. Cooking your oil to the smoking point can also damage non-stick pans. When olive oil begins to smoke, it could compromise the non-stick coating making it ineffective.

What’s the solution? You’ll need to use olive oil only when cooking on low to medium heat. You can also switch to sunflower oil or avocado oil which both have higher smoke points.

If you’ve invested in quality cookware, it might be best to skip the olive oil. 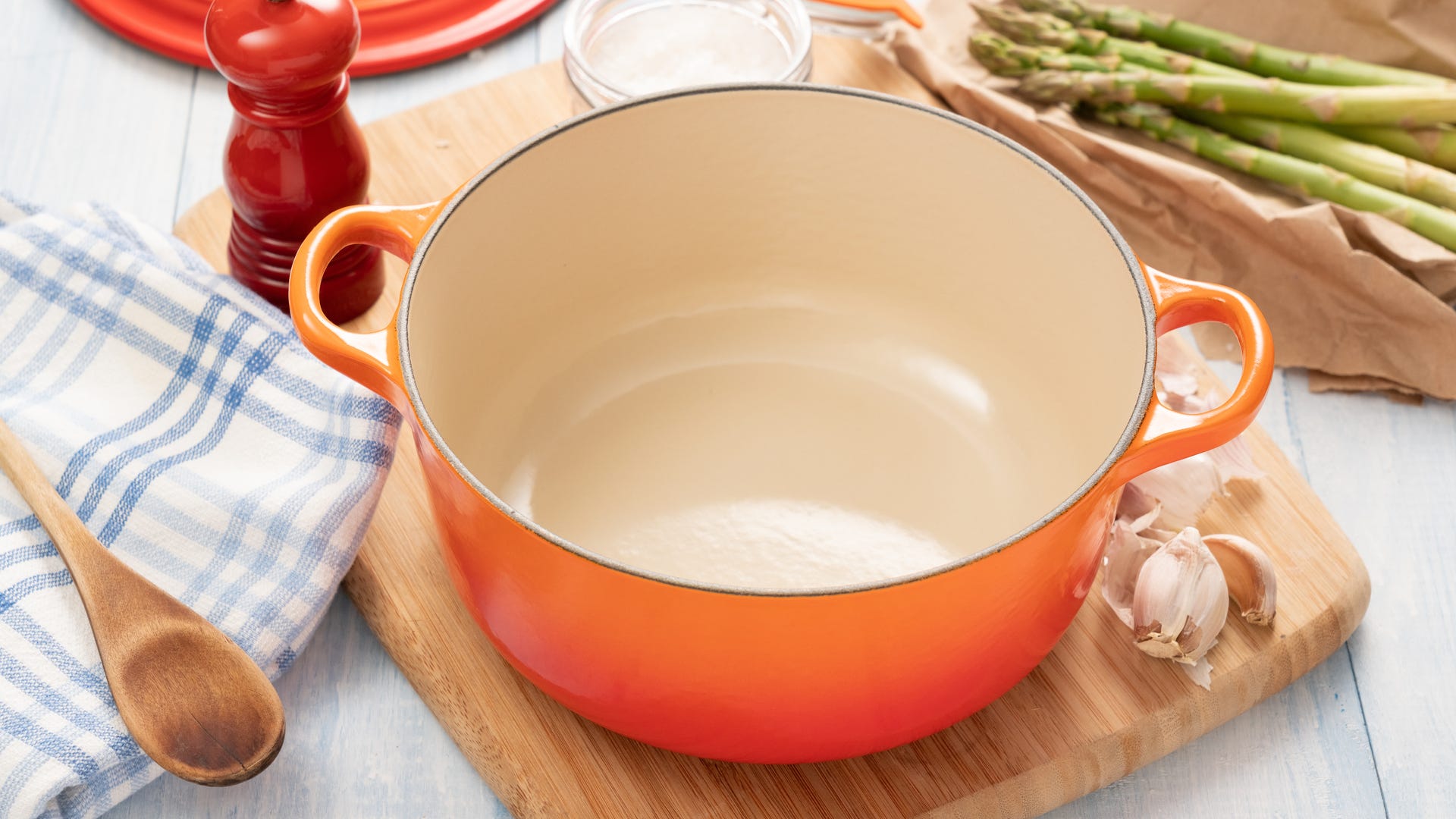 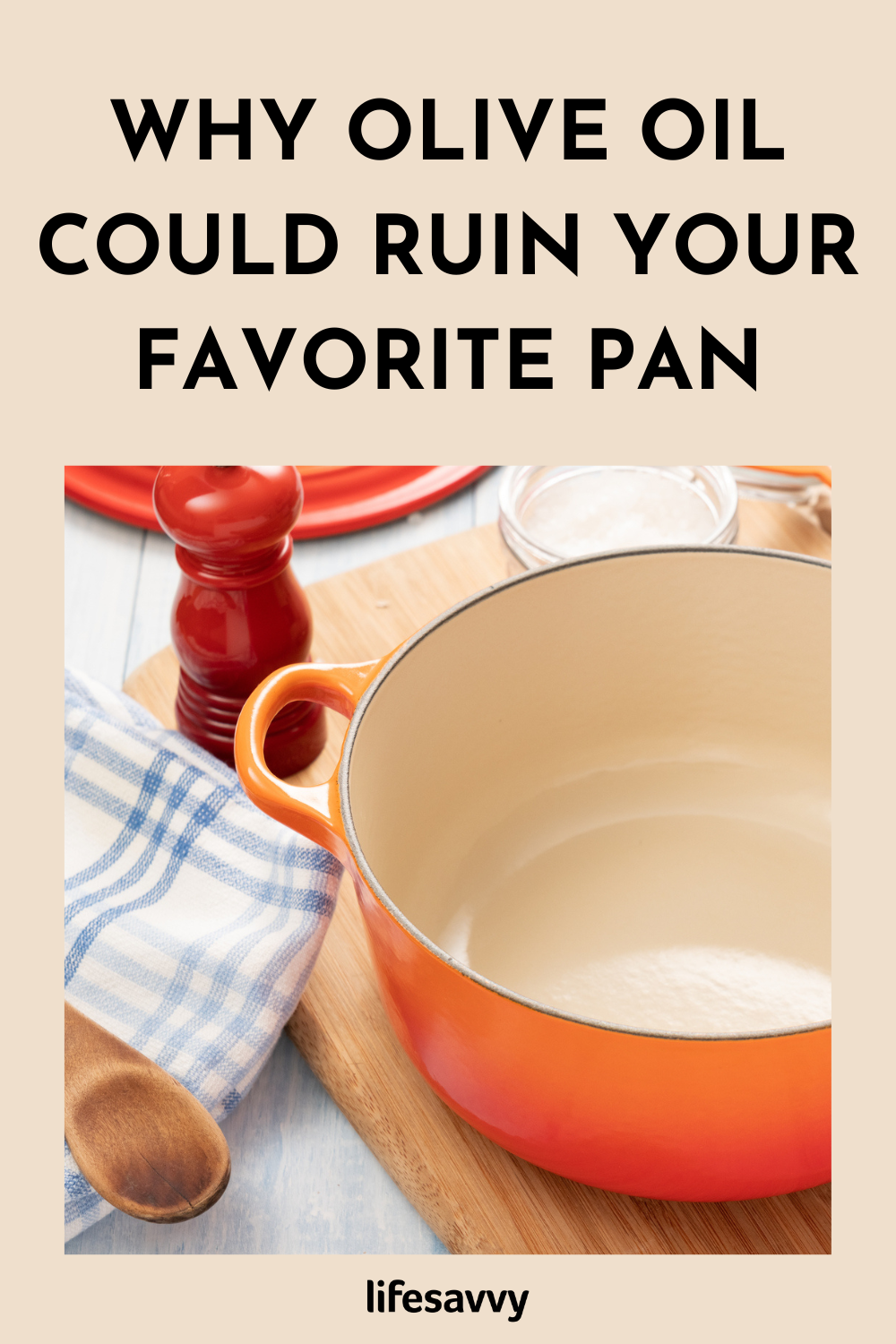