When most people discuss anti-aging, the conversation is focused on the face. That makes sense. After all, it’s the first thing people notice about you. But what about your hands?

Hand aging is often discussed outside of facial aging. In fact, growing up, I was always told that you could tell someone’s age by their hands. So, can you slow or prevent aging in your hands just as you can in your face? We spoke with dermatologist Dr. Hadley King regarding hand aging and found out what you need to know about this overlooked area.

Do Your Hands Really Age Faster?
What Factors Can Lead to Hand Aging?
Once Hand Aging Has Occurred, Are There Ways to Treat It?

Do Your Hands Really Age Faster?

There’s an old wives’ tale out there that your hands age faster than other parts of your body. That might lead you to believe there’s not a whole lot that can be done to prevent wrinkles, dark spots, and hyperpigmentation on your hands. According to King, though, this myth isn’t true.

Instead, King said we often don’t care for our hands the way we do our faces and other parts of our bodies. Since they are often left untreated and somewhat neglected, signs of aging are more likely to be present.

Sunscreen is key in preventing early signs of aging.

Everyday tasks like washing dishes could dry out the hands, and cleaning with certain chemicals might also cause damage. Of course, there’s also the sun. Basically, because your hands are highly exposed but often overlooked, it can appear as though they age faster even if they don’t.

What Factors Can Lead to Hand Aging?

RELATEDDo You Need Sunscreen If You're Inside All Day?

For King, there are two core factors that lead to hand aging and the appearance of older skin: sun exposure and lack of moisture.

Just as the sun can damage the skin on your face, it can also damage your hands via the same process: photoaging. When photoaging occurs, collagen can break down leading to a decrease in skin elasticity, hyperpigmentation, dark spots, and wrinkling. Pair that with the natural breakdown of collagen and elastin as we age, and you’ve got some anti-aging issues on your hands (no pun intended).

To combat photoaging, you should be wearing sunscreen on your hands, just as you do on your face and body. The key is to opt for a sunscreen that’s non-greasy and won’t compromise your grease or leave behind a residue.

Look for mattifying and oil-free formulas.

As for moisture, King explained that multiple daily activities contribute to hand dryness. As hands dry out, they lose plumpness leading to more visible signs of aging. While your wrinkles aren’t actually worse if you skip hand cream for a few days, the dryness can exacerbate existing surface aging.

Just as it’s important to keep your skin moisturized, you should be doing the same for your hands.

Nourishing butters like shea are great for your skin.

Once Hand Aging Has Occurred, Are There Ways to Treat It?

Sun protection and moisture are great preventative measures. Not only can they stop you from developing signs of aging, but they can prevent them from worsening. But what if you’ve already got damage such as wrinkles and dark spots?

King said any treatment you use on your face can (and should) be used on your hands. Doing so is simple. In the morning and evenings when doing your skin care, simply apply it to your hands as well.

The best part? If you’re already treating similar issues on your face, you’ve got everything you need.

Antioxidants can help brighten the skin on the face and hands.

King did, however, specifically called out products with antioxidants, retinoids, and niacinamide as good ingredients to look for when planning to create a hand care routine.

Antioxidants can help reduce inflammation and fight back against free radicals which break down collagen and reduce elasticity in the skin. They can also help brighten the skin and even smooth fine lines.

Retinol is a must-use when it comes to anti-aging.

Retinoids are an ingredient you’ll likely recognize as they’re the gold standard of anti-aging. Retinol is one of the most commonly used and likely the one you’ll come across most in facial skin care. They assist in cell turnover and help to prevent the breakdown of collagen. King recommended using retinoids at night, however, and not during the day.

Finally, there’s niacinamide which can help repair skin damage and even skin tone and texture.

This affordable cream is a good option for those looking to add niacinamide to their routine.

If you, like me, always heard that the skin on your hands ages faster, that’s not true. That doesn’t mean it isn’t susceptible to aging. Those who don’t already have hand care routines might want to form one (and we’ve got a handy guide on the best ingredients for mature skin if that’s you). 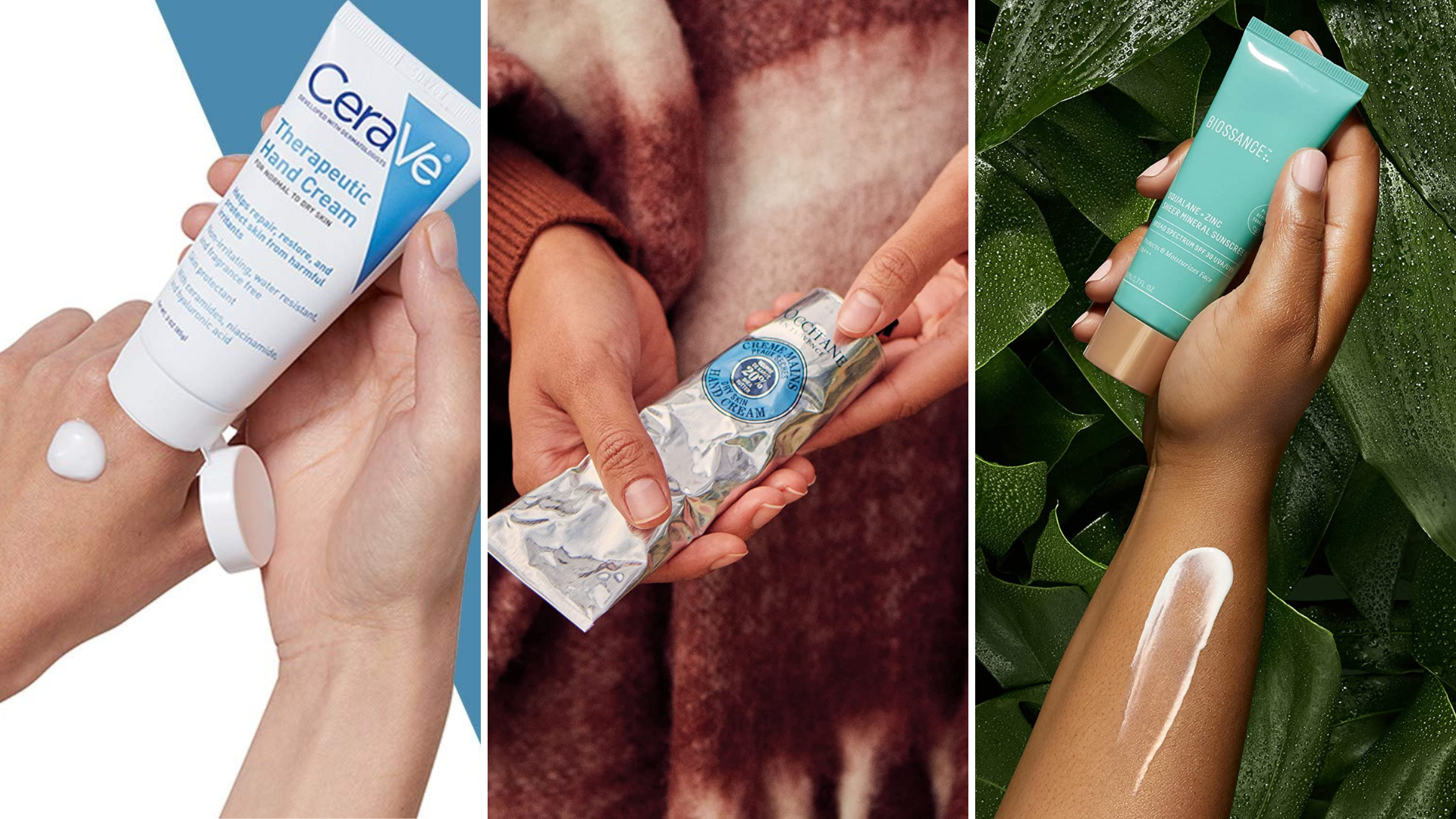 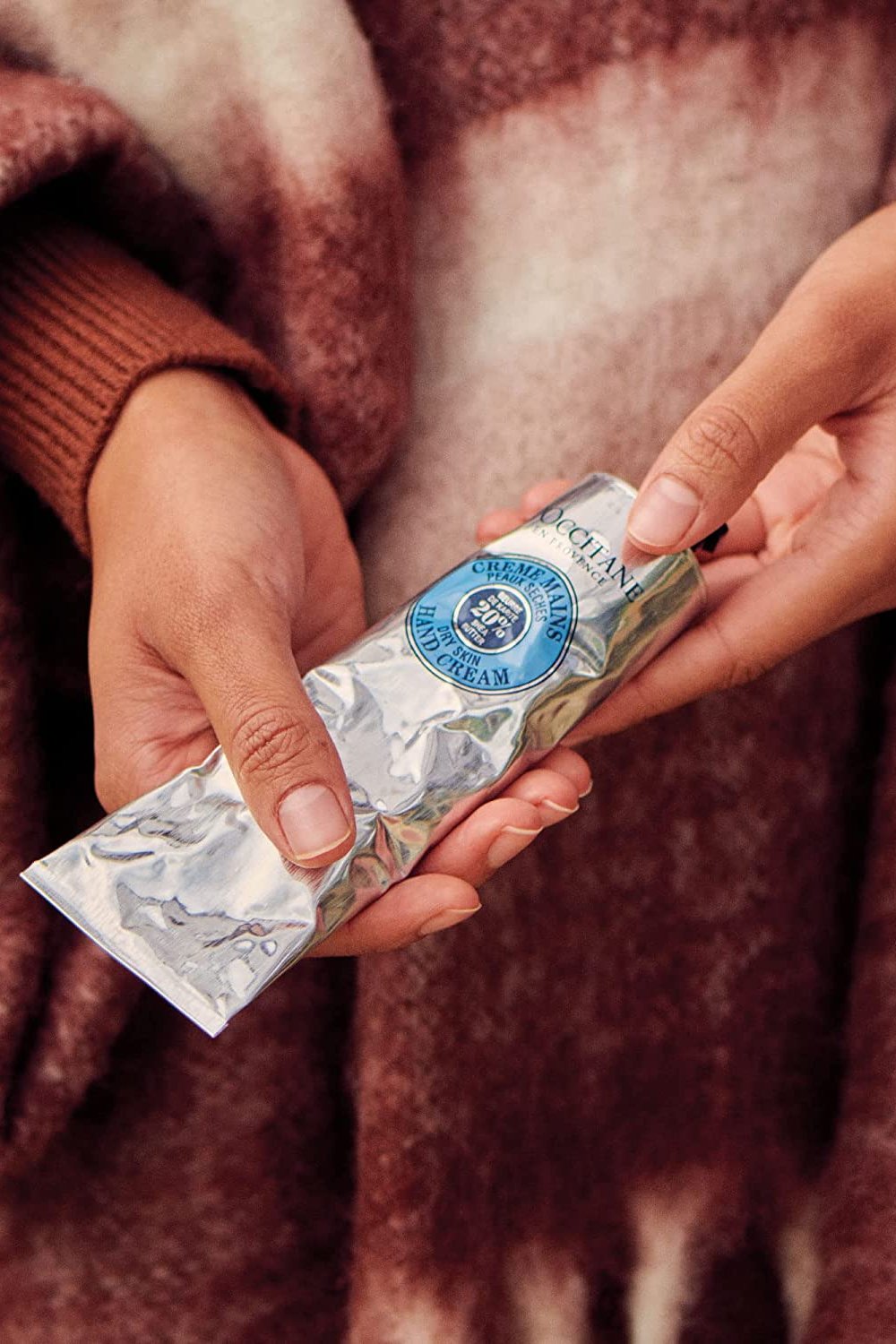