With the release of the last few episodes of Stranger Things Season 4, we’re officially playing the waiting game again as we speculate about what the fifth and final season will bring. In the meantime, though, there are plenty of other shows you can watch that hit many of the same notes.

Whether you’re tuned in for the horror, the sci-fi, or the universal experience of growing up, Stranger Things has something for everyone—and so do these shows.

While we sit through one more hiatus before finding out how Netflix’s sci-fi phenomenon will wrap up its twisty story, try watching one (or several) of these shows. They might not have Demogorgons or the Upside Down, but they’ve got plenty of thrills, scares, and big feelings for all your post-Stranger Things needs.

I Am Not Okay With This

Just as Eleven on Stranger Things struggles to control her supernatural powers, Sydney, the protagonist of the dark comedy I Am Not Okay with This, isn’t sure what to do when she discovers her telekinetic powers.

While being less of an ensemble show than Stranger Things, this show still touches on many of the same themes: growing up, dealing with friendships and crushes, supernatural powers as a metaphor, learning who to trust, and finding out who you really are.

Although the show was well-received and renewed for a second season, the COVID-19 pandemic and related production delays led to a retroactive cancellation. You can watch the first (and only) season on Netflix.

With the exception of a few characters, the adults on Stranger Things are absent at best and villainous at worst. The Society takes this “adults are useless” idea to the logical extreme. Its premise is that a group of teenagers find themselves in a mysterious version of their hometown where all the adults are gone and they have to fend for themselves.

At first, it’s a lot of fun to be set free from the restrictions of their parents, teachers, and other adult authorities. Pretty soon, though, they realize that they need to assemble some kind of society of their own if they want to survive—and that’s easier said than done.

Like many other shows, The Society struggled to deal with the impact of industry-wide shutdowns. Its 2019 first season, which you can watch on Netflix, wound up being its only season.

If you grew up with the screwball comedy of Sabrina, the Teenage Witch, you’re in for a surprise with this next-gen Sabrina. Instead of a goofy teenager living with her quirky aunts and going to high school, this Sabrina is a young witch discovering her place among the dark magical world she only half-belongs to, with plenty of thrills and devilish conspiracies along the way.

It’s much more in line with the horror-tinged aesthetic of Stranger Things, full of young characters trying to decide what their futures hold, all while powerful adults try to pull the strings.

For some witchy thrills and chills that veer more into outright magic than sci-fi, you can watch all four seasons on Netflix.

Get cozy when things get creepy.

A group of young misfits out to save the world, a mysterious father figure, and superpowers that are often out of control—sound familiar? Many of the things you love most about Stranger Things can also be found on another Netflix sci-fi/fantasy hit, The Umbrella Academy.

After the death of their “father,” a group of estranged siblings, each with their own powers, reunite with a few goals in mind. As they try to solve the mysteries behind their father’s death, they also find themselves having to work together to avert an apocalypse. It’s packed with familial drama and a sharp sense of humor, too.

The Umbrella Academy, like Stranger Things, is still producing new episodes. Catch up with the three current seasons on Netflix.

You can also read the graphic novels.

RELATEDYou Can Get a Netflix Blanket for Cozy Movie Nights

Some of the all-time greats in the sci-fi/horror genre involve children and teenagers discovering supernatural threats. That’s at the heart of Stranger Things, as well as Locke & Key, a spooky drama that gives a new twist to the “haunted house” setting.

After her husband is murdered, a woman decides to move their children across the country, taking them to her late husband’s eerie family home. There, the kids discover a series of keys that open magical doors. Unbeknownst to them, a demonic entity is also searching for the keys to unleashing havoc on the world.

Two seasons are currently available on Netflix, with a third set to premiere later this year.

The classic sci-fi series is, arguably, one of the underlying influences for a huge swath of modern sci-fi and horror. At its heart, it’s a particularly creepy spin on the old-school procedural format. Two FBI agents—Fox Mulder, who loves conspiracy theories, and Dana Scully, a pragmatist—are assigned to investigate inexplicable cases, often with unexpected results.

Like Stranger Things, The X-Files runs on finding just the right blend between shocking, twisty, and often horrifying conspiracies and emotional, character-driven drama. While it’s focused on adult characters, rather than the tween-and-teen-dominated cast of Stranger Things, it still will satisfy many of the same fans.

The X-Files has come and gone on TV and in the movies for decades. You can stream both the original series and the recent revival seasons on Amazon Prime with Freevee.

Keep everything you need in a cozy spot as you binge watch.

One of the most underrated projects under the Marvel banner, Runaways has a very Stranger Things kind of vibe. A group of teenagers with superpowers, all with very different backgrounds, find themselves having to work together to stop a group of villains.

That’s pretty standard superhero fare; what makes it extra-compelling is that these villains aren’t just anyone—they’re the kids’ parents. Full of paranormal adventures and emotional revelations, it’s a great choice for anyone looking for something to watch in-between seasons of Stranger Things.

Runaways, like the other pre-Disney+ Marvel shows, was canceled following the streamlining of all Marvel shows to be under the Disney banner. You can, however, still watch all three seasons on Hulu and on Disney+.

At first glance, you might think that Fringe is just a reworked clone of The X-Files, with a skeptical FBI agent, a mad genius scientist, and the scientist’s estranged son solving an interconnected web of supernatural cases.

It soon becomes clear, however, that the show goes much deeper than that. As on Stranger Things, it turns out to be a very complicated and deeply emotional story, hinging on the devotion between friends, the love and grief between parents and children, and the kinds of love that people will cross dimensions, time, and space for.

The acclaimed series ran for five seasons, all of which you can watch on Amazon Prime with Freevee.

Nothing says marathon watch like a blanket and hoodie combo.

If it’s the horror vibes of Stranger Things that keep you coming back for more, then American Horror Story should definitely be your next stop. The anthology series gained acclaimed for pushing the boundaries of horror TV, with thrilling, chilling, and just plain terrifying stories of witches, cults, haunted houses, vampires, serial killers, and more.

Because of the anthology nature of the show, many of the same cast members recur between seasons as new characters each time, even though the individual stories are largely self-contained. For Stranger Things fans, the season subtitled 1984 might be a great fit, as it focuses on a strange series of murders at a summer camp, with nods to the ’80s horror and slasher genres.

Ten seasons have aired so far, with at least a few more still to come. You can get caught up on Hulu, which has all the seasons so far.

RELATEDThese 12 Books Are About to Become 2021's Most Popular Shows

Looking for more of a fantasy vibe, while still getting plenty of the “young people fighting monsters” storylines? Look no further than Shadow and Bone, the epic series based on Leigh Bardugo’s “Grishaverse” novels.

In a fantastical world, a young woman, Alina, discovers that she possesses a rare and long-prophesied power that could finally destroy the monster-filled darkness that divides her country in half. As she trains with a mysterious mentor, a trio of con artists from across the sea take on a new job: finding Alina and capturing her.

You can watch the first season on Netflix now, and a second season is on its way.

Stranger Things is far from the first show to examine the trials and tribulations of adolescence through the metaphor of supernatural powers. In Teen Wolf, that metaphor gets even less subtle, as a teenage boy discovers his place in a world of werewolves and other creatures.

As the series goes on, the mythology keeps expanding. We’re introduced to a whole variety of supernatural creatures (and hunters), curses, and other forces that the formerly-average teenagers must fight against to save themselves and, on some occasions, the entire world.

Pretend you're at the movies as you watch episode after episode.

Based on the bestselling book trilogy by Philip Pullman, HBO’s adaptation of His Dark Materials is perfect for anyone looking for a new story of young people (and a few complicated adults) trying to save the world from evil.

In a parallel universe, souls are manifested in physical, animal companions called dæmons, and a religious authority, the Magisterium, rules politically as well as spiritually. When her friend goes missing, a young orphan girl, Lyra, sets out to rescue him, only to discover her own supernatural gifts and her role in a prophecy that could change the world. Later, when Will, a boy from “our” Earth, crosses into her universe, the state of both universes will change forever.

Much like Stranger Things, His Dark Materials centers on a group of young people who are dealing with the stresses of growing up while also finding themselves thrust into the role of worldwide savior.

You can watch two seasons (so far) of His Dark Materials on HBO Max.

Stranger Things may be on hiatus, but your craving for great TV adventures definitely isn’t! Check out these incredible shows to capture a little (or a lot) of that same feeling until Stranger Things returns for its final season. 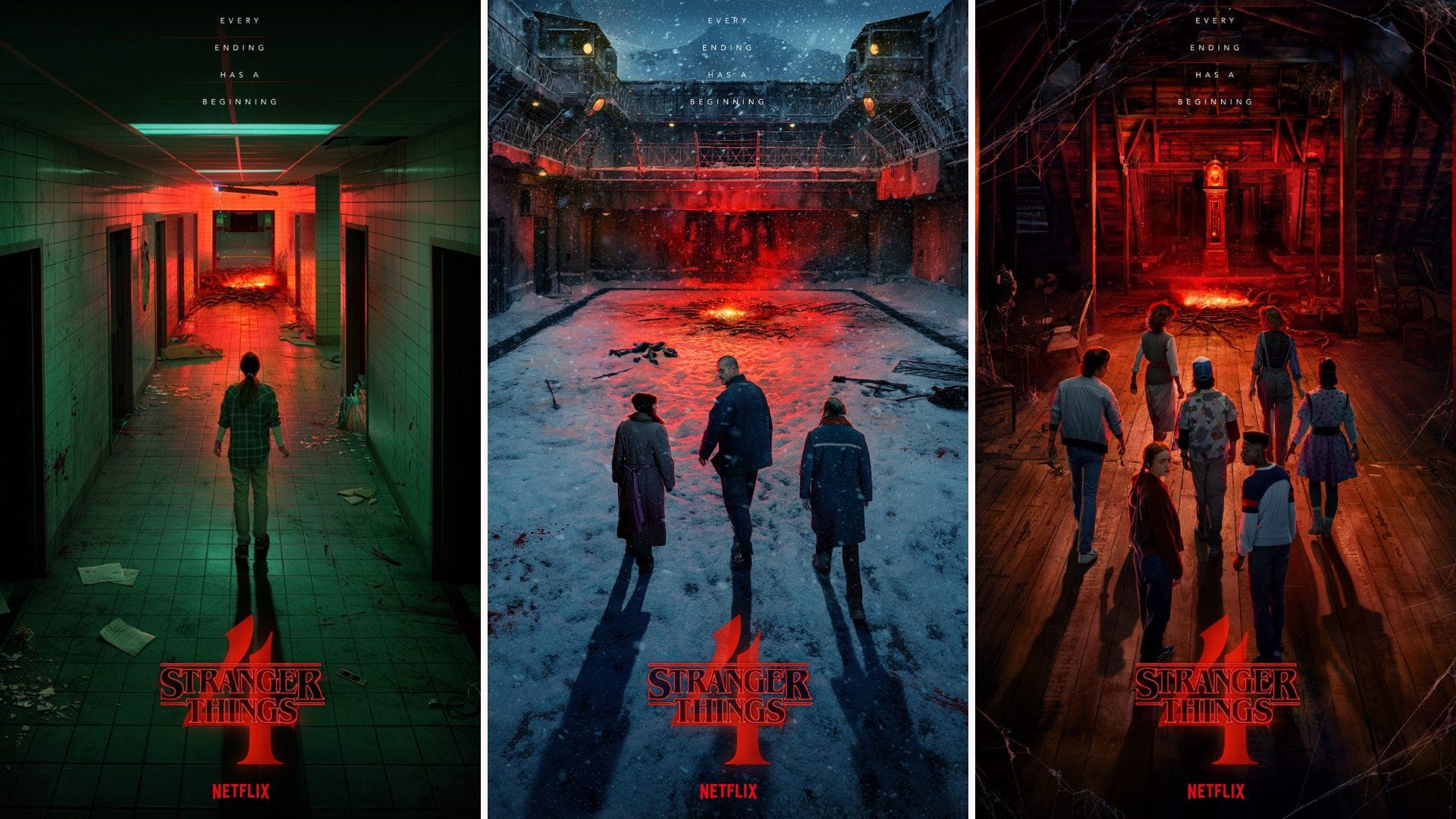 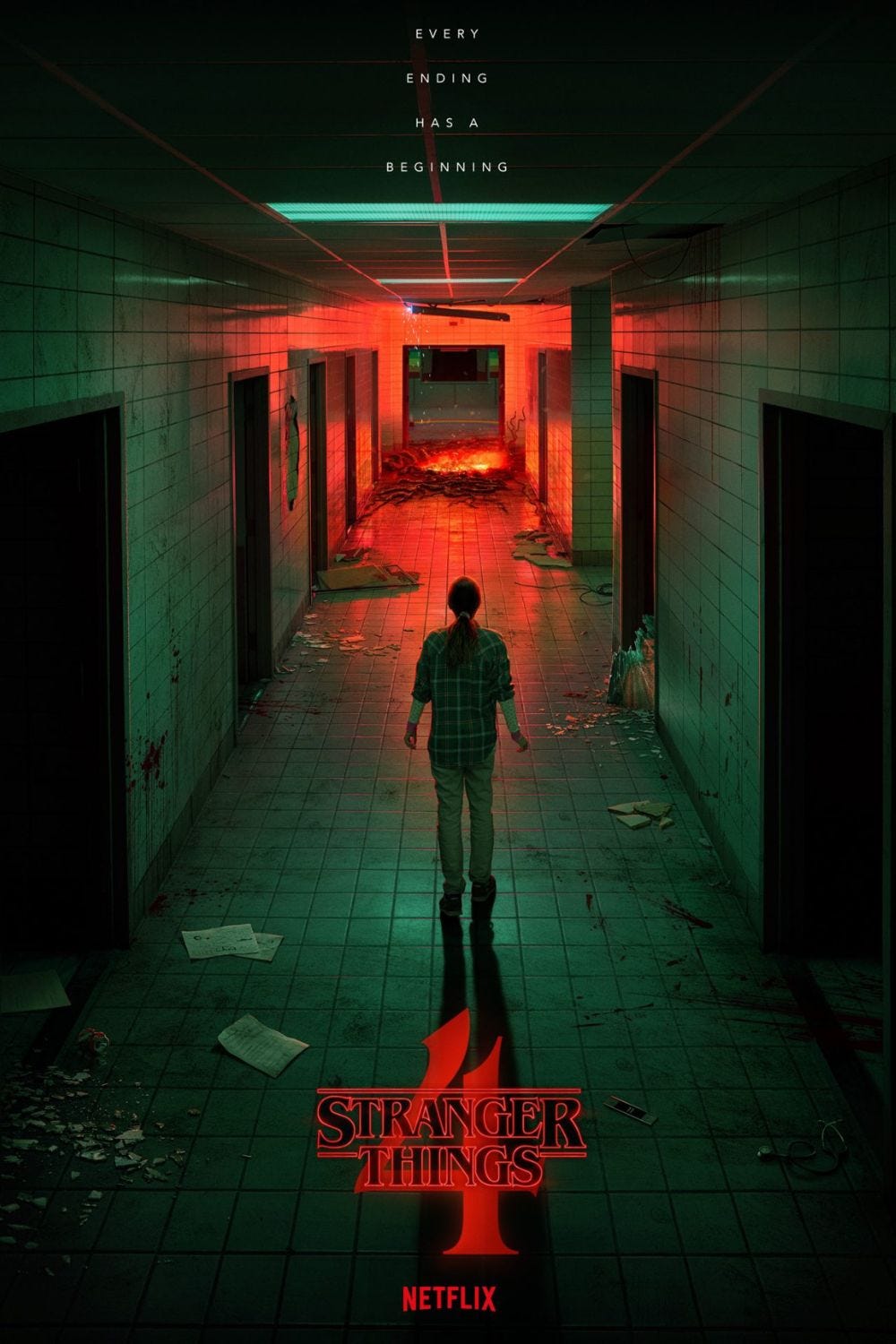