If life seems like far too much saying yes and not enough saying no, we might just have found the perfect game for you to blow off a little steam and say no to, well, everything.

Over at Polygon, they’ve got a pretty concise summary of the game that many people can relate to:

I have a very bad habit: saying yes when I really want to say no. It comes with being an introvert, I think — I often feel like I should want to say yes to social outings, so I do. Then I regret it. A lot of people have this habit, it seems; there are plenty of guides on the internet on how to say no.

Say No! More is not guide to saying no. Instead, it’s a challenge and a fantasy — a game by developer Studio Fizbin that lets you say no to anything and everything. In Say No! More, you play as an intern at “a company run by arrogant people,” and the word “No” has been banished.

So what does the game look like in practice? Here’s the newly released trailer:

Alas, to play Say No! More on Windows, iOS, or the Nintendo Switch, you’ll have to wait for the game to drop in 2020. 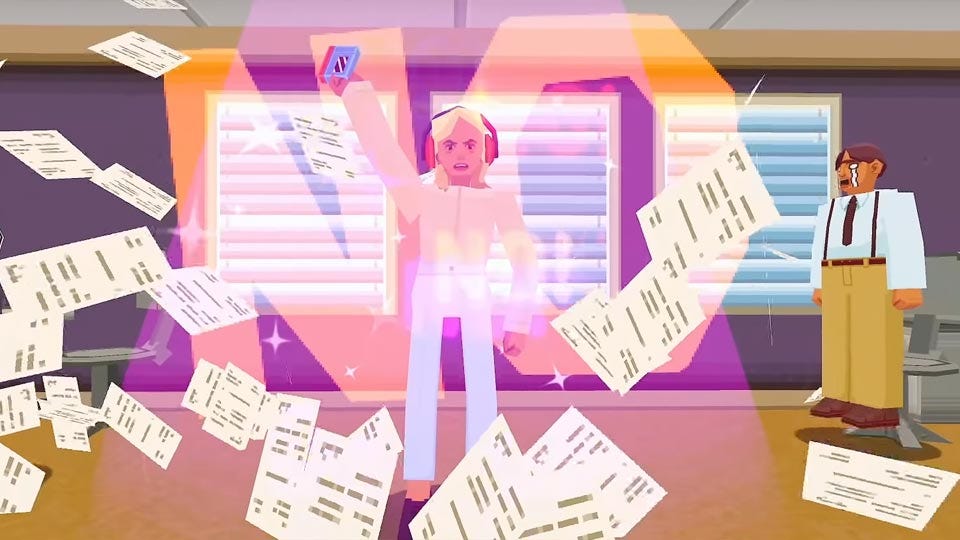