No one wants to waste food right now. After all, groceries are expensive. So if you’ve let your potatoes sit on the counter for too long, can you still eat them?

Eating sprouted potatoes is a bit more complicated than you might think.

If your sprouts are short and have just formed, you might be okay to eat them. You’ll just need to cut those sections off using a paring knife, being sure to get every bit of the sprout of your potato. However, even doing that might not be the best decision.

When spouts happen, they have compounds called glycoalkaloids, and they give your potatoes a nasty, bitter taste. While small amounts of them are likely okay for most healthy people, if too much is eaten, it can be toxic. Those little sprouts and roots your potatoes are starting to grow? Yeah, they’re full of glycoalkaloids. If you don’t get your potato completely clear of them, eating them is not a good call.

Keep your potatoes good longer by storing them on your counter, and bonus points for doing it in a cute container like this one.

If the sprouts are sizable, well, you probably already know the answer: don’t eat them. While they’ll taste bad, they also could make you sick. Solanine, one of the compounds that occurs with sprouting, can cause poisoning and give you symptoms like fevers, headaches, and an upset stomach.

If your potatoes have sprouted, it might, unfortunately, be best not to eat them. That doesn’t mean they can’t still be useful, though. Ever wanted to grow your own potatoes? Well, you can grow potatoes from potatoes! 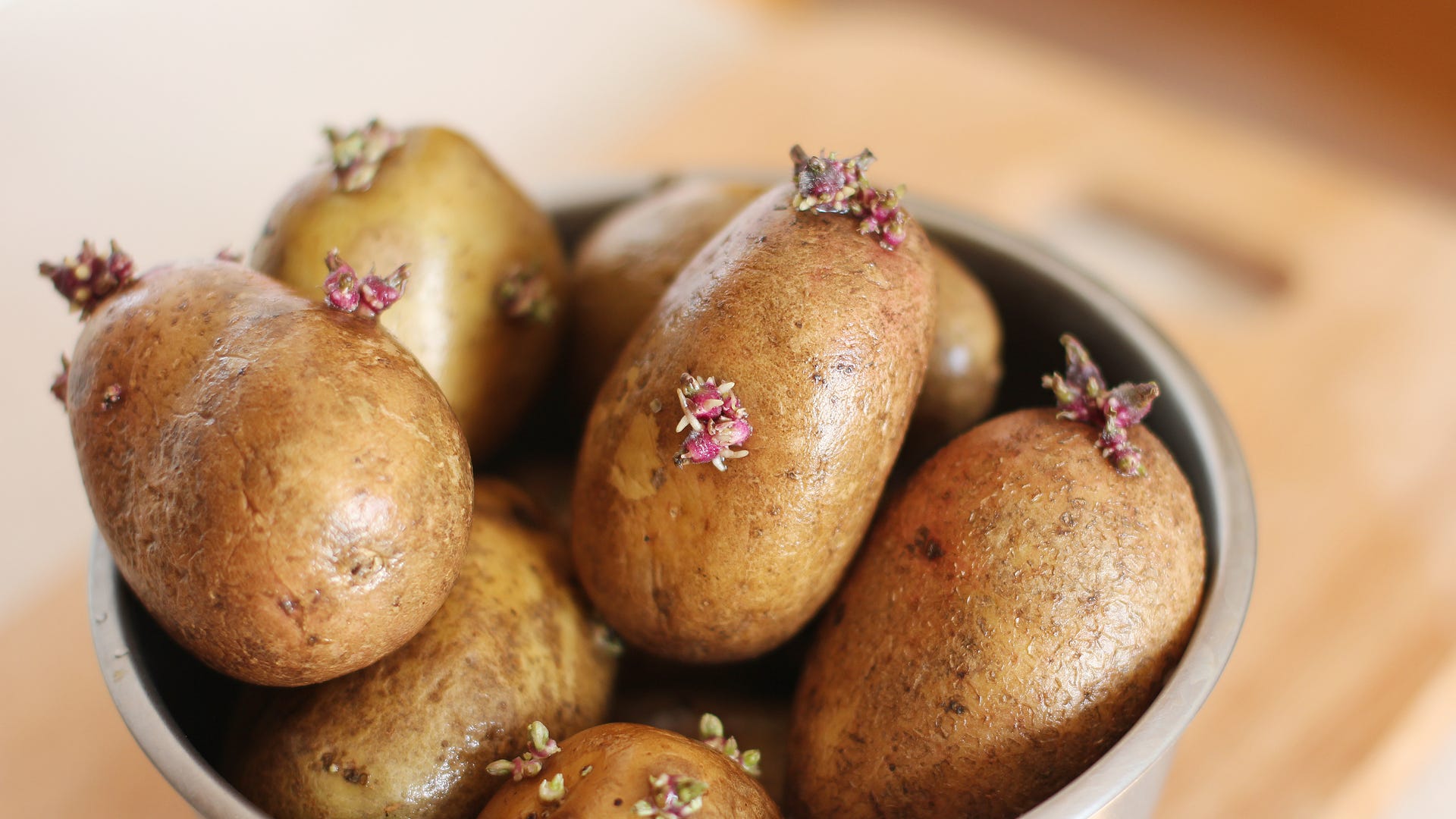 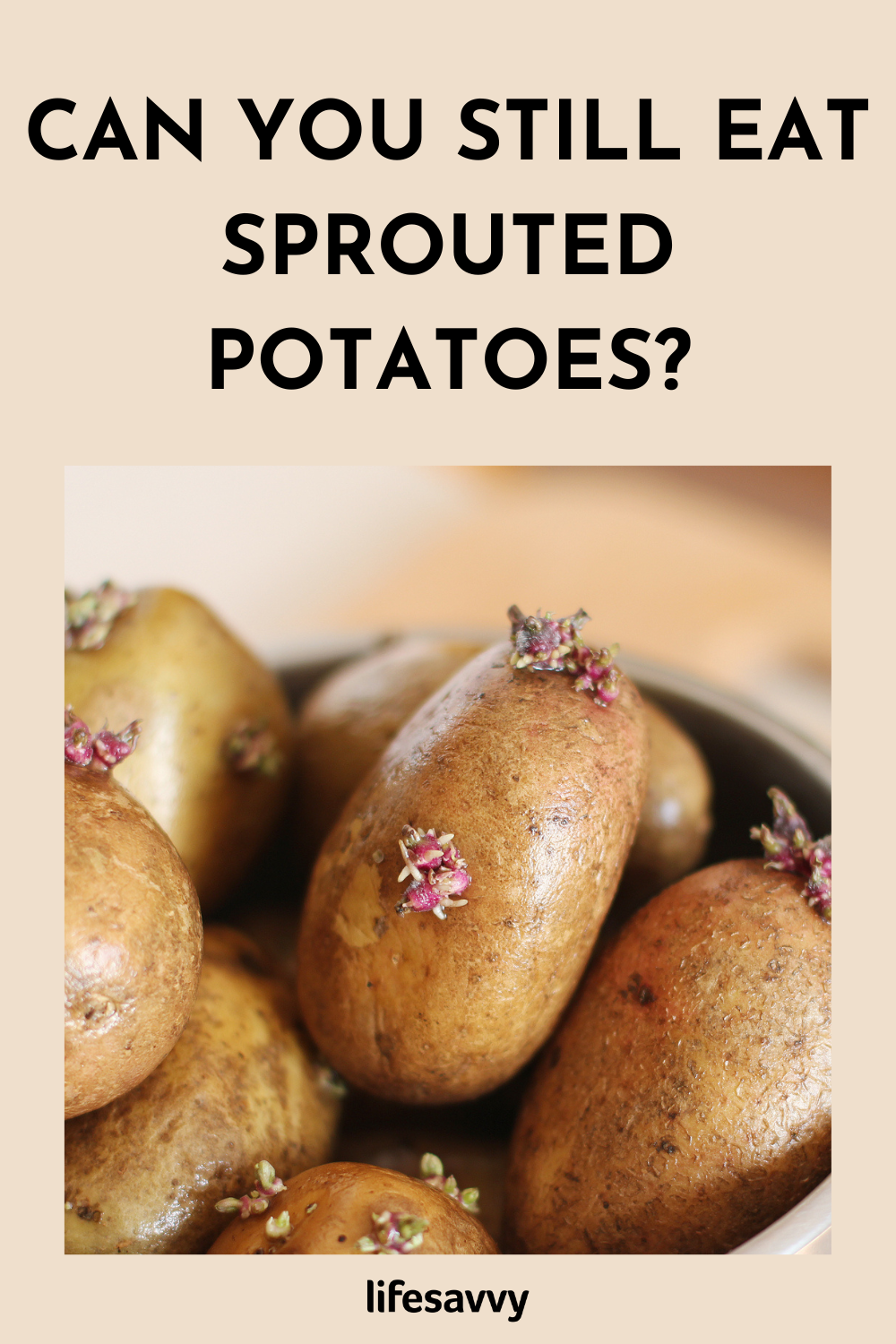