From fries to nachos, people have discovered how to use sweet potatoes in just about every way conceivable. But if you’ve got yams on hand instead, can you still make those recipes?

RELATEDWhat's the Difference Between a Yam and a Sweet Potato?

While they’re often mistaken for each other and their names are used interchangeably, even in grocery stores, these two vegetables are different and can’t really be substituted for one another despite having some similarities.

Yams and sweet potatoes are both hearty, starchy root vegetables that are nutrient-rich and come in multiple colors and varieties. Both can be eaten in practically any form (boil ’em, mash ’em, stick ’em in a stew), but that’s about where the commonalities end.

The vegetables are two different species of plants that originate from very different parts of the world. Yams are native to Africa and Asia while sweet potatoes are indigenous to Central and South America. So in terms of taste and texture, they’re decidedly not interchangeable.

Peel your potatoes, sweet potatoes, yams, and other fruits and vegetables at the touch of a button.

Sweet potatoes, as the name suggests, have a light, sweet taste. They become soft, moist, and fluffy when cooked, and are relatively small requiring shorter cook times.

Yams are more neutral-tasting with a bit of an earthy undertone and take on the flavor of the food and seasonings they’re cooked with. Yams are also larger on average than sweet potatoes, which means they’ll require longer to cook to softness.

If you’re really in a pinch, you might be able to use a yam in place of sweet potato and vice versa. But be prepared to adjust your recipe’s cook time accordingly, and don’t expect it to taste or feel quite the same as if you’d used the intended ingredient. 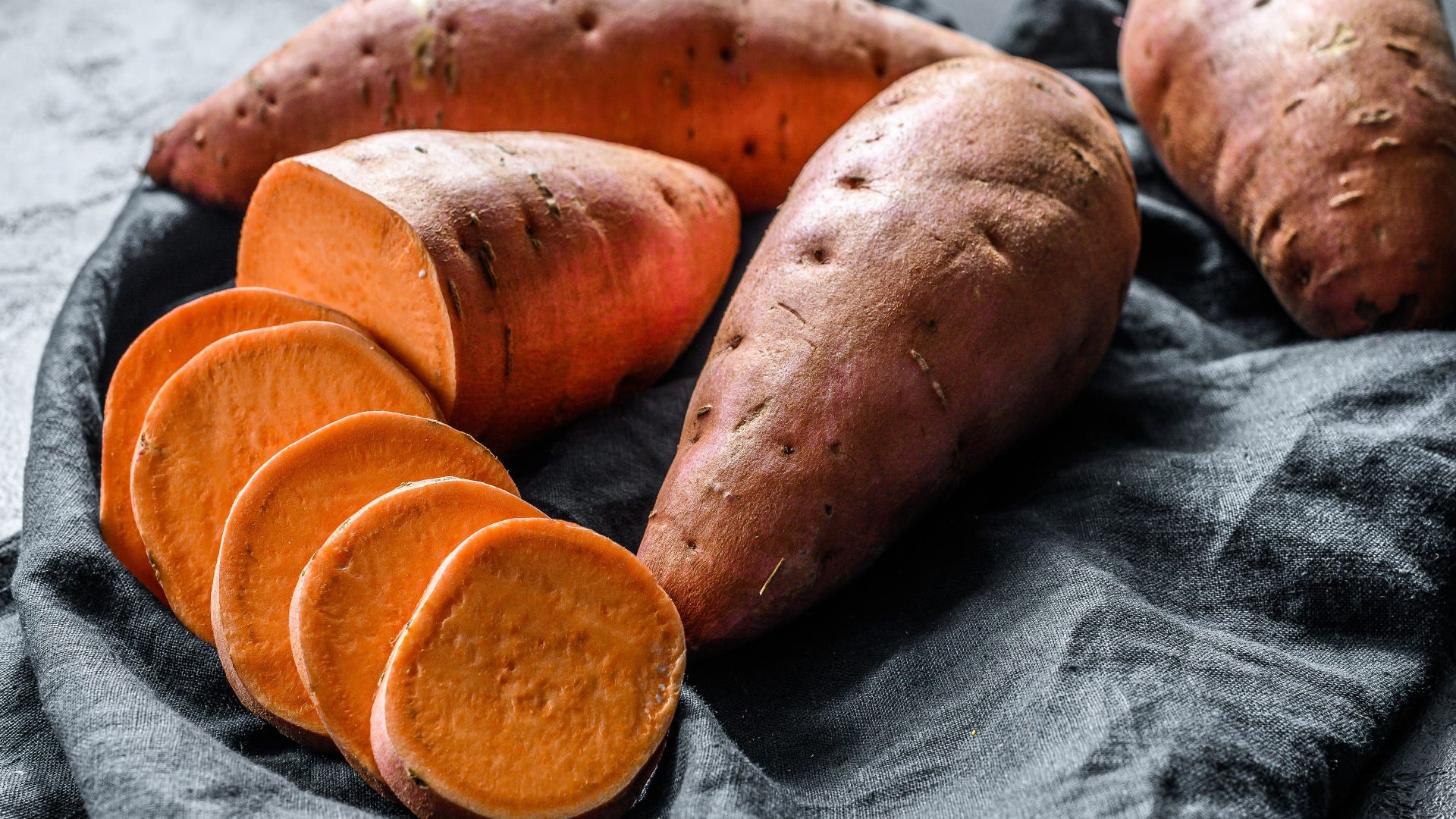 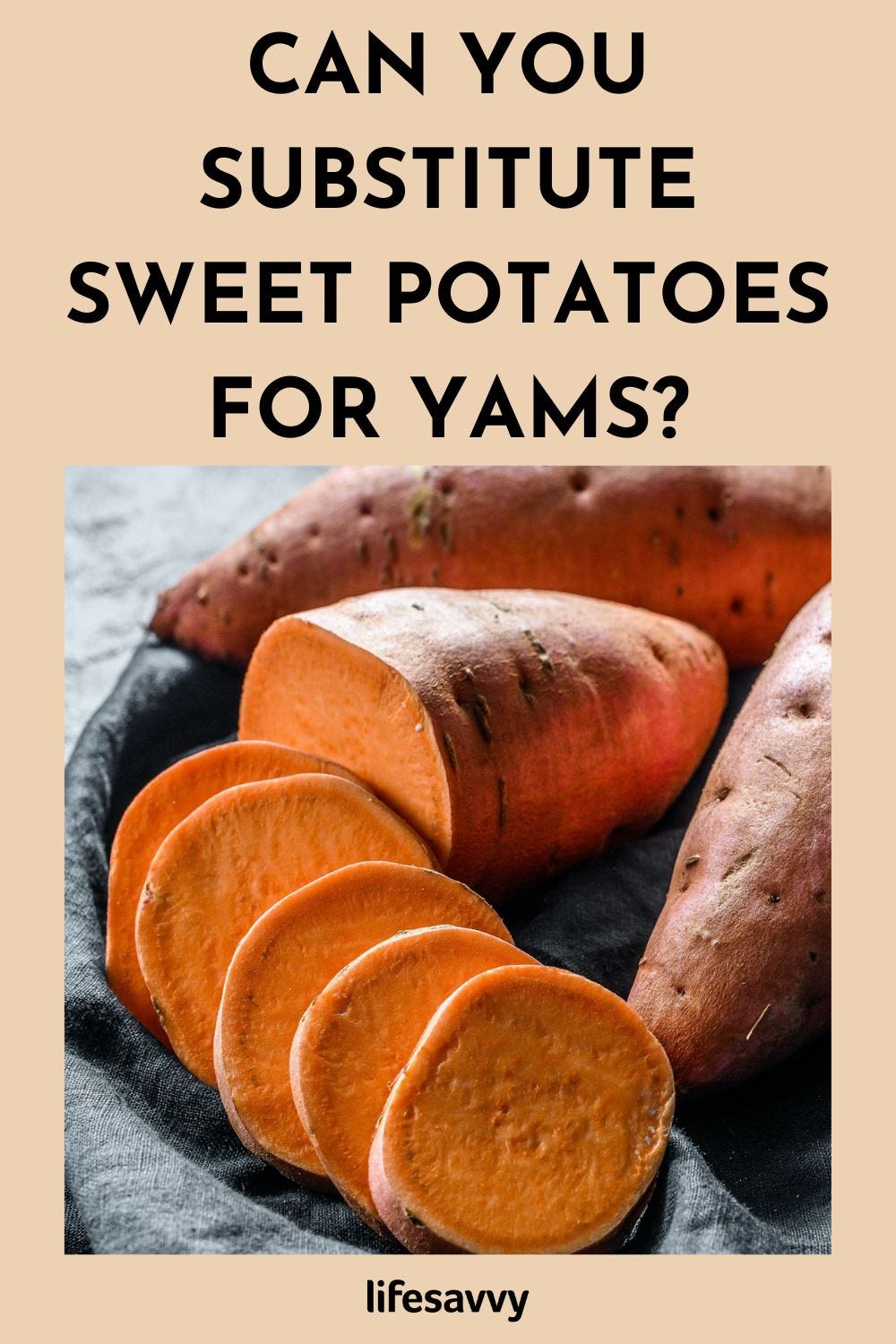