We all know the old (and true) adage to never give chocolate to dogs. But there are plenty of other human foods and drinks you shouldn’t feed them either—and grapes and raisins are at the top of the list.

RELATED10 Foods That Are Toxic to Dogs

But why exactly are these fruits so bad for dogs?

Grapes (and raisins by extension, since they’re dried grapes) naturally possess an organic acid called tartaric acid. This acid is present in many other fruits, including bananas and tamarinds.

In moderation, tartaric acid is beneficial to humans as it helps improve digestion. Dogs are another story. As it turns out, tartaric acid can lead to a whole mess of problems in dogs—vomiting, diarrhea, excessive thirst, kidney damage, or even outright kidney failure. Vets have long seen these symptoms and issues in many pups after they ate grapes or raisins. But it wasn’t until quite recently that tartaric acid was identified as the culprit.

Stick to premium dog snacks like these when you want to give your pup a special tasty treat.

Though you should mainly stick to giving your dog actual dog food rather than feeding them from the table, this doesn’t mean that all human foods—or all fruits—are harmful to your canine companion. In fact, there may even be some fruit that is good for dogs.

But since even a single grape or raisin can lead to kidney failure in dogs, you should never, ever, ever feed them to your own pooch. It’s not worth the risk. 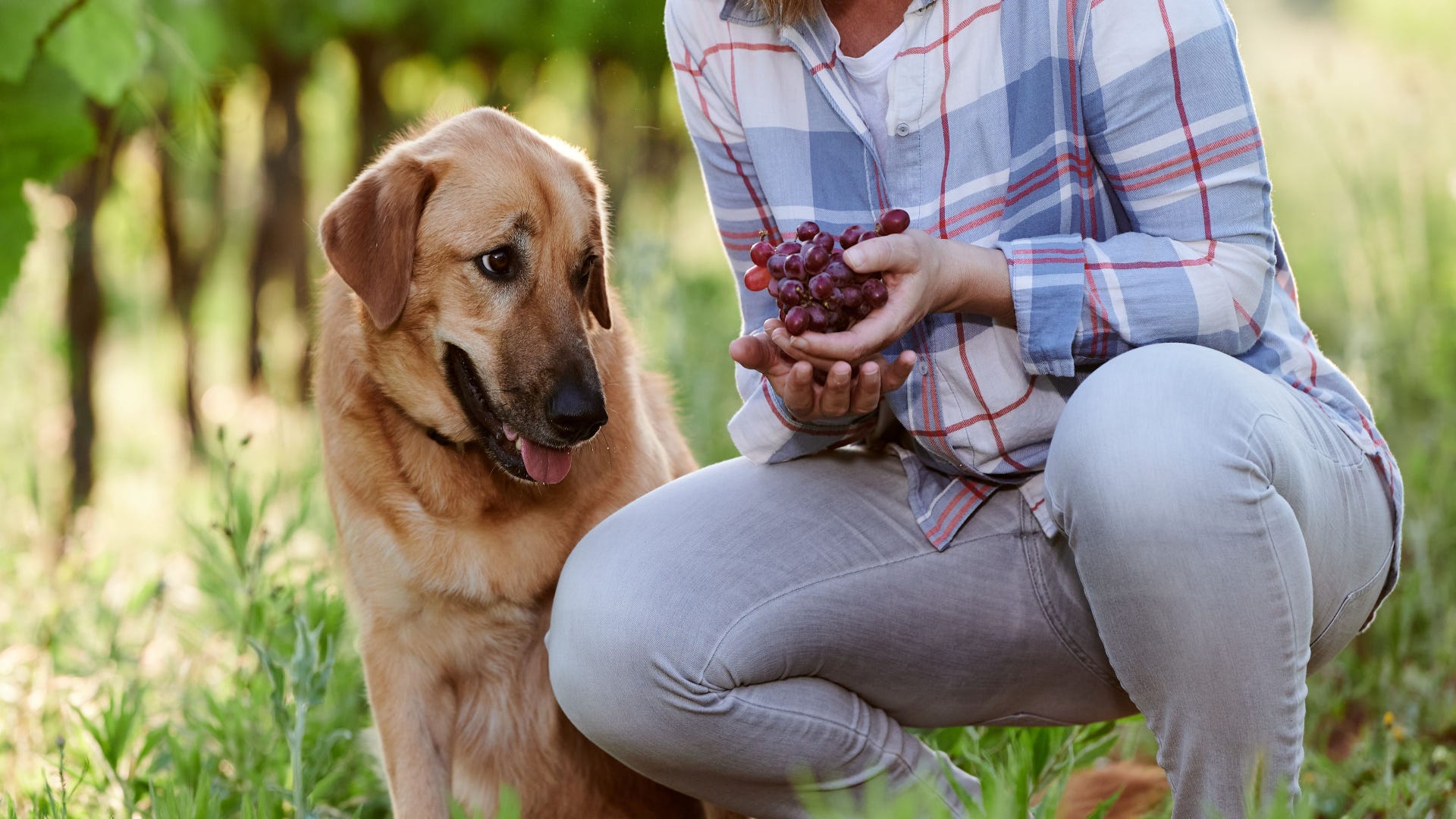 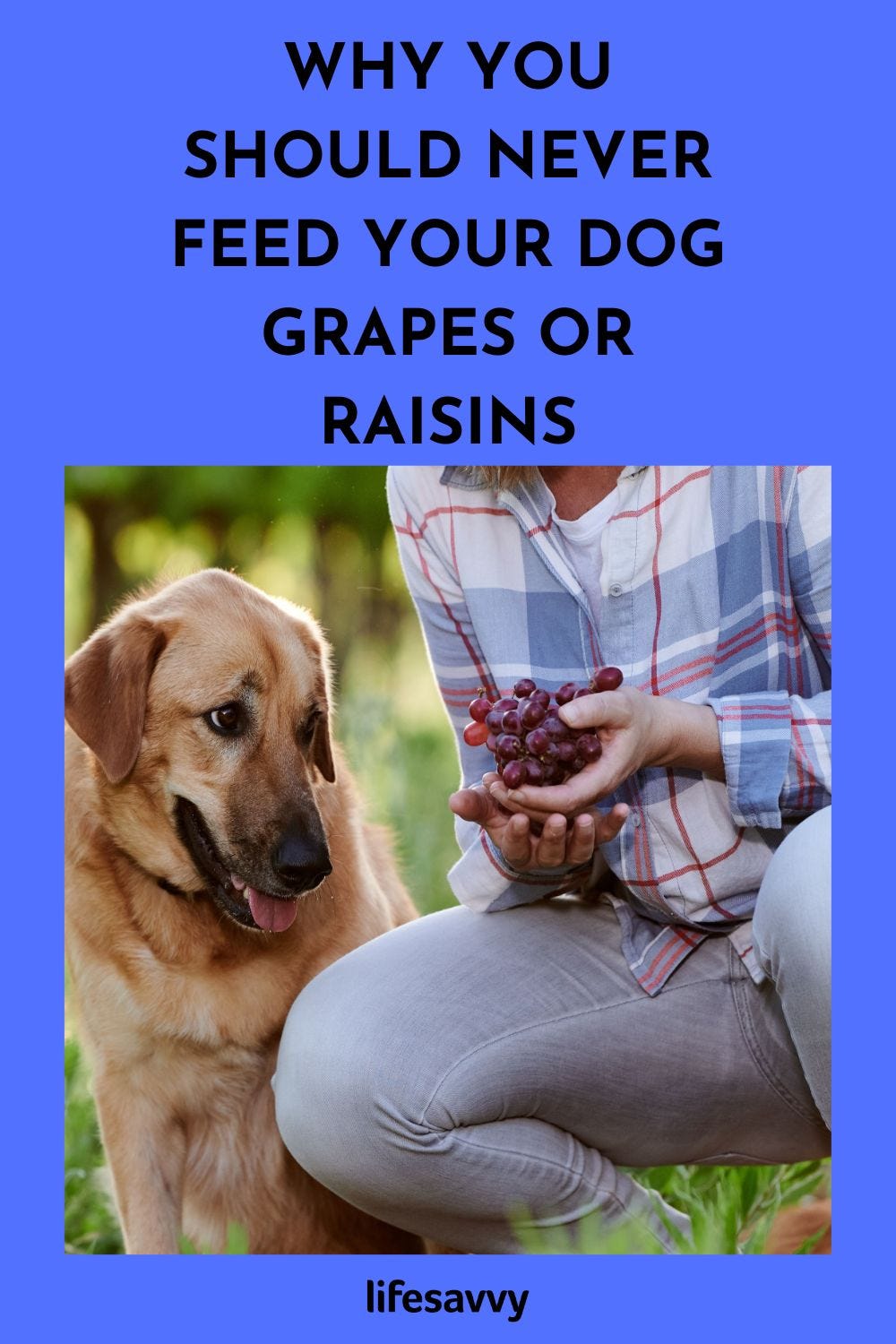