The power is out, and you don’t have a backup generator, or a giant LED camping lantern. No worries, grab any ol’ cheap LED flashlight you have and a water jug, bottle, or even a big plastic food container.

Modern LED flashlights are crazy bright compared to the weak incandescent flashlights of yesteryear. The problem, though, is that when the power is out you don’t want to illuminate a spot on the wall across the kitchen with three trillion lumens…you want to diffuse the light around the room as if a storm hadn’t knocked the power out and rendered your chandelier useless. And you know how you do that? By stealing a trick from the bulbs in the very chandelier you’re pining for: diffusing the light output of the flashlight with some plastic shielding just like the glass of the bulb or the shade of the fixture diffuses the light around the room.

To do so, just grab a large plastic container, preferably one that has milky plastic (like the kind you find in water jugs or many plastic food containers), and then prop up the light so that it shines into the container instead of out into the room. The light will bounce around inside the container turning it into what amounts to a big frosted light bulb.

If you find you’re a fan of that jug-of-light style illumination it provides, then definitely scoop up an emergency lantern or two before the next storm. 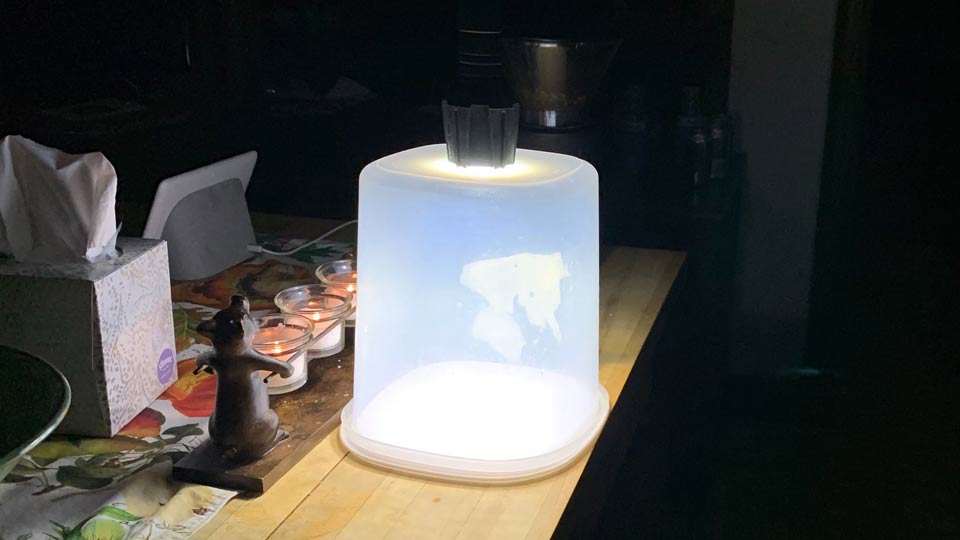