You know the smell. That sweet, cinnamon vanilla scent wafting through the hallways of your local mall. It’s intoxicating, and now, you can recreate the famous cinnamon rolls you get while out shopping in the comfort of your home.

You can turn store-bought cinnamon rolls into desserts worthy of Cinnabon thanks to TikTok.

The hack requires you to make a bit of extra cinnamon roll filling and expand the icing that comes in the packs. If you’re willing to put in a truly minimal amount of work, you can have restaurant-quality rolls.

First, you’ll arrange two packs of cinnamon rolls into a baking pan. Then, add heavy cream to the pan until the bottoms of the rolls are covered. Next, create your filling by combining melted butter, brown sugar, and cinnamon. Pour it over the top of the rolls, cover with foil, and bake.

As your cinnamon rolls cook, make the extra icing. Place the icing that came with the rolls into a bowl. Add butter, powdered sugar, and a bit of milk and beat together with a hand mixer.

Remove your cinnamon rolls from the oven, slather on that icing, and you’ve got a delicious treat.

The next time you’re craving that good old-fashioned mall cinnamon roll, grab a store-bought version and get to work. 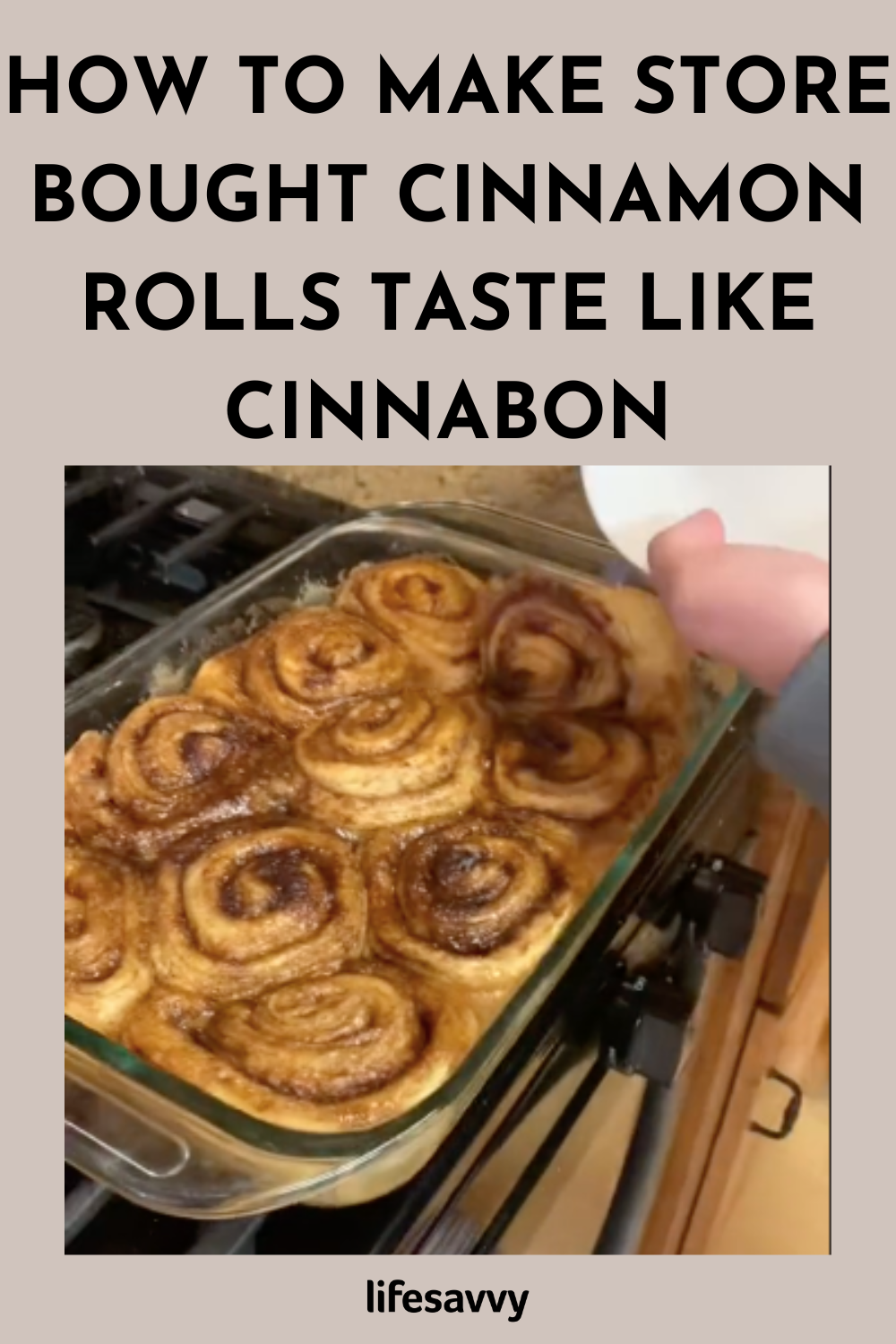